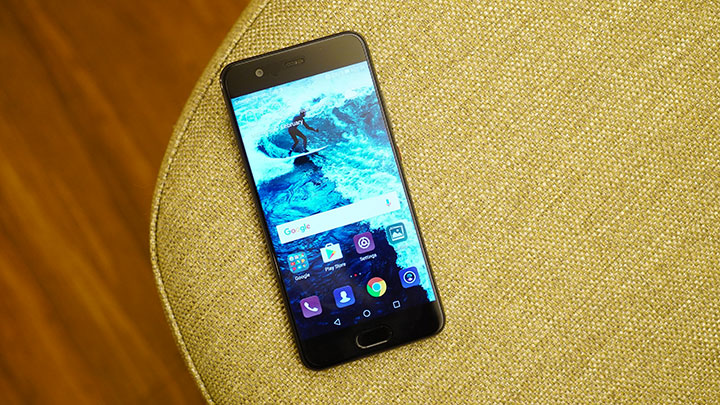 Huawei unveiled their new P10 and P10 Plus here in Barcelona just in time for the Mobile World Congress 2017. The P10’s design remained almost the same as its predecessor, the Huawei P9, though a lot of the improvements were made under the hood.

You can check out our quick unboxing of the Huawei P10 below:

The review unit we got is the one in Graphite Black and there is an uncanny resemblance to the iPhone 7 especially that the edges have become more rounded.

At 5.1 inches, the Huawei P10 is perfect on the hands, fits right well and gives you a solid yet comfortable grip. 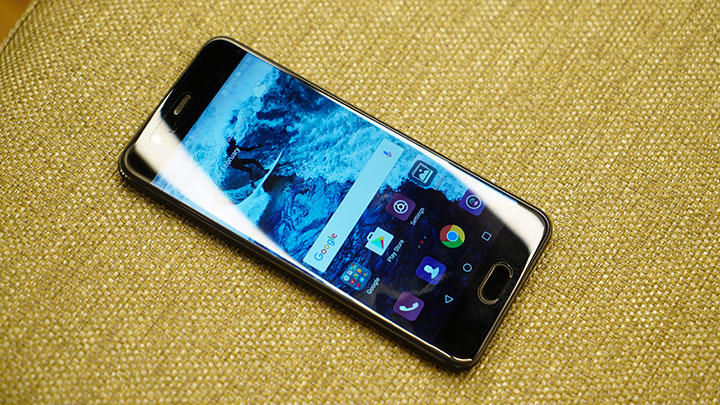 The entire front panel is covered with glass that slightly curves toward the edges. It’s also very surprising that Huawei would put the fingerprint scanner at the front when all these time it has always been placed at the back. The scanner is also embedded beneath the glass panel so there’s no physical/mechanical button to speak of.

The power button and volume controls are found on the right side. Even the minutest details are carefully done, like the chamfered edges of the buttons and that classic red trimming of the power button that’s closely associated with Leica. 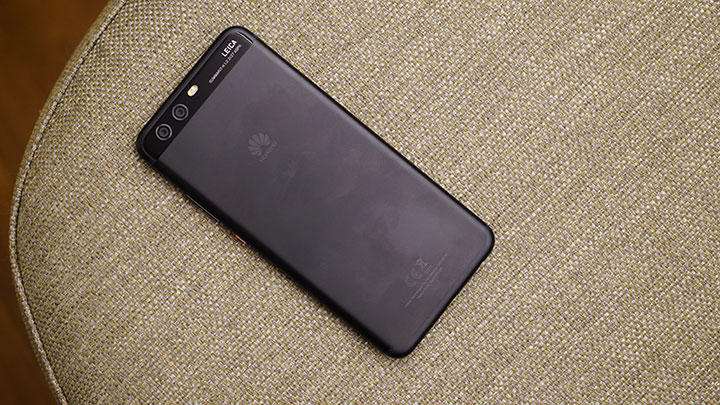 The SIM card slot is on the left side which supports dual SIM with the second one doubling as a tray for the microSD card. This hybrid dual-SIM was re-introduced with the Mate 9 so we’re not that surprised that the P10 also got the same.

The 3.5mm audio port is at the bottom end together with the USB Type-C port and the speaker grills. There’s nothing up top except for the noise canceling microphone. 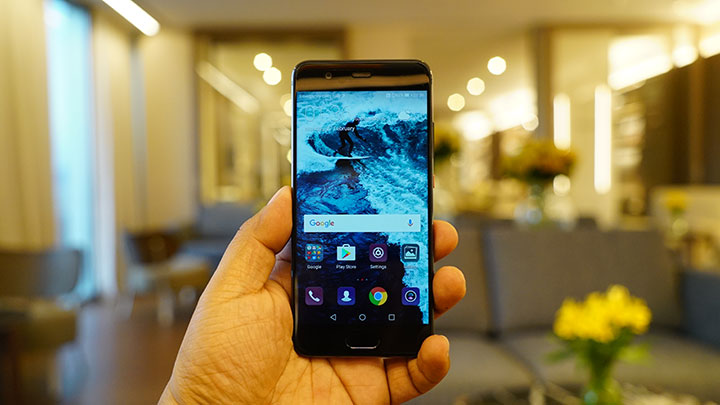 The 5.1-inch IPS LCD display has a full HD resolution which is an upgrade from the P9. At this size, a 1080p resolution is already pretty good with a 431ppi pixel density.

The P10 will come with Android 7.1 Nougat right out of the box along with Emotion UI 5.1. It’s a simpler and cleaner UI just like in the Mate 9. 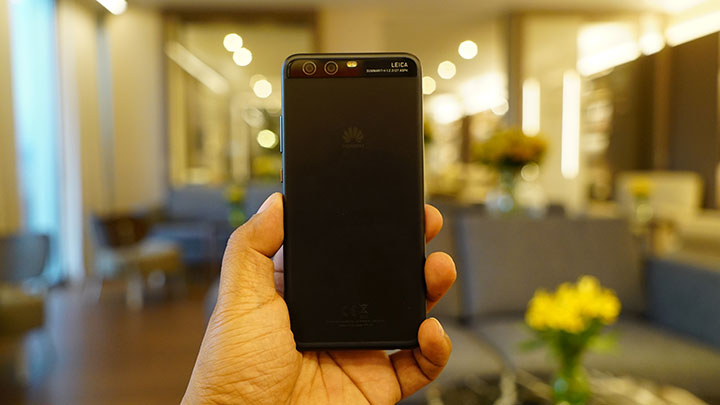 At the back is the flat all-metal body in matte black finish. While it’s nice and clean to look at, it is also very prone to fingerprints and smudges. That’s the same problem we encountered with the matte black iPhone 7.

At the upper section is the strip of glass that houses the two rear cameras with the dual-LED flash. It uses the same optics as the one in the Mate 9 with an f/2.2 aperture Summarit lenses. 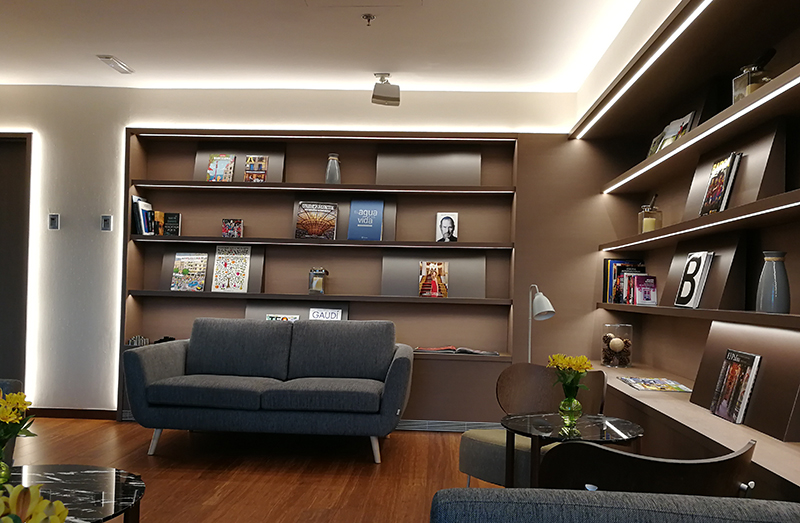 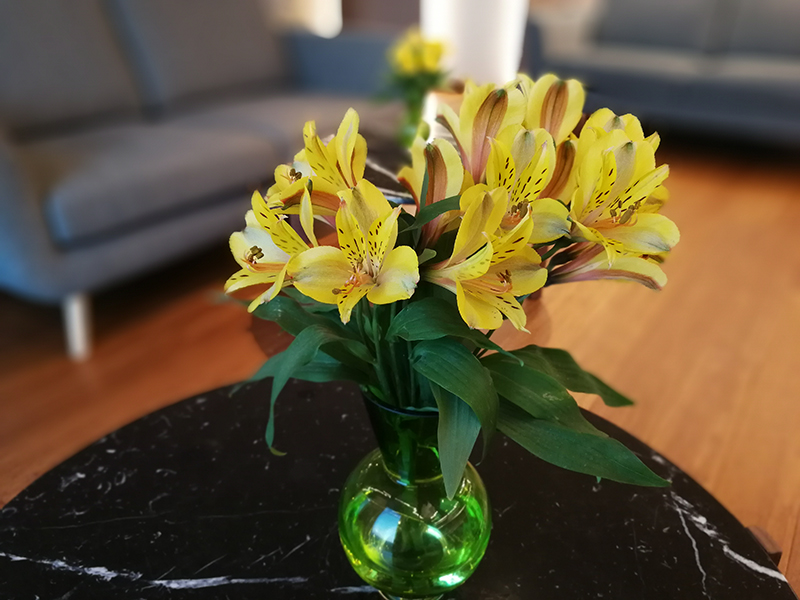 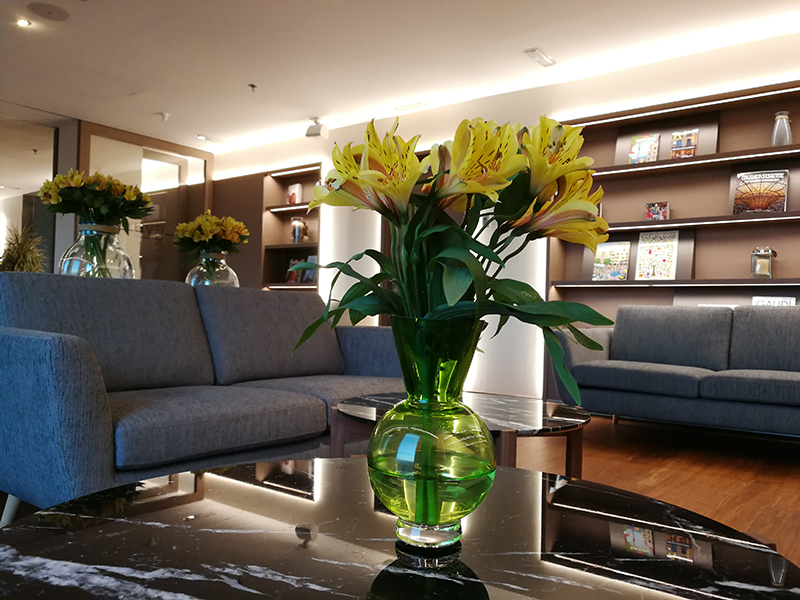 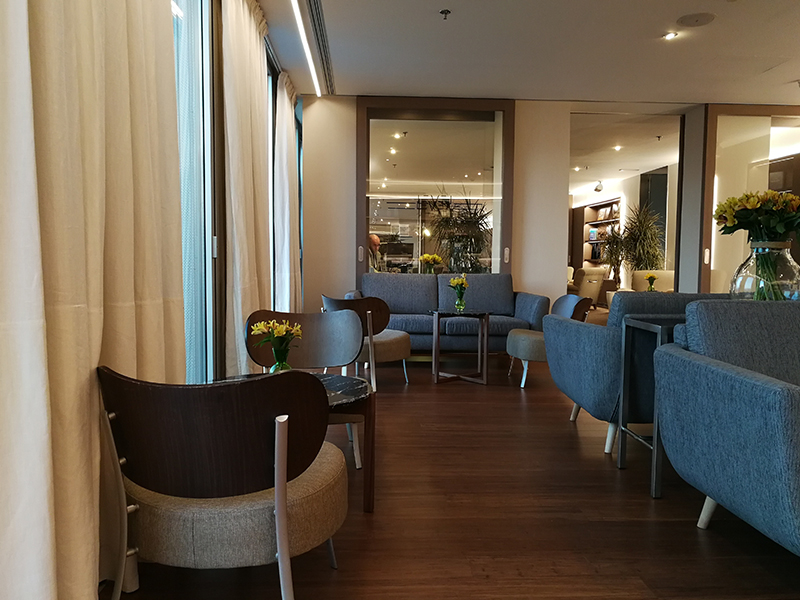 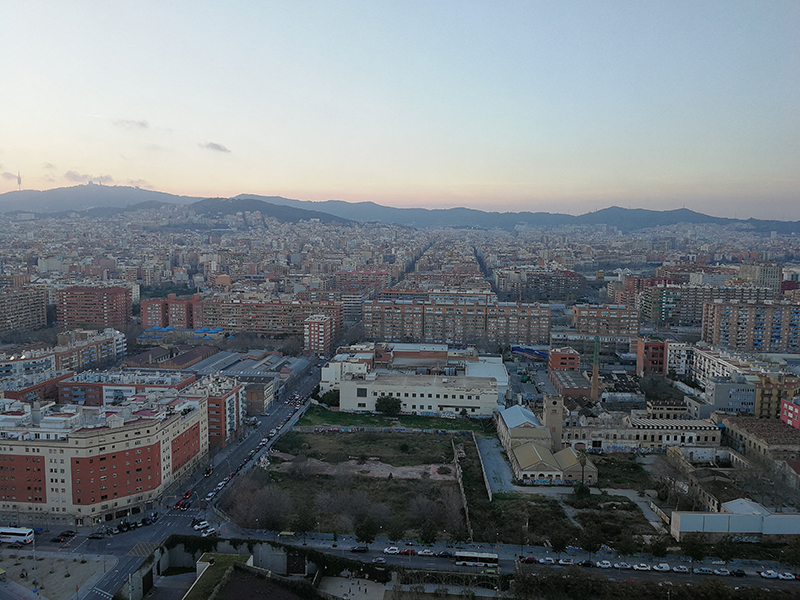 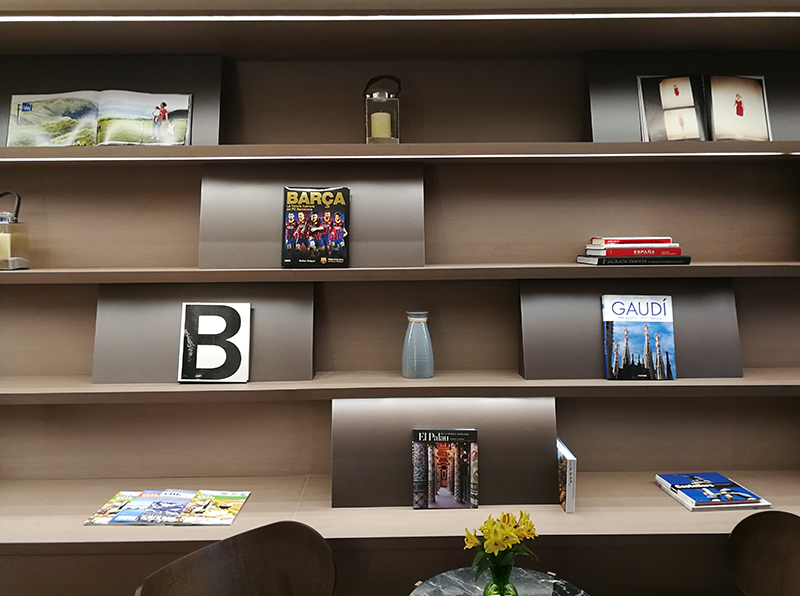 We’ll do some side by side comparison with the P9 and Mate 9 once we get back in Manila. 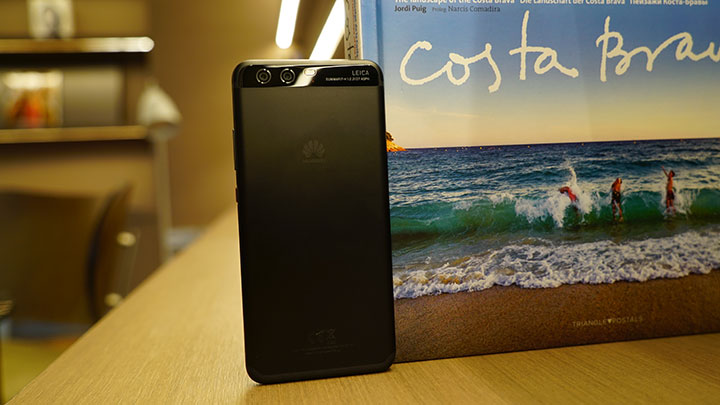 We’ve also seen how well the Kirin 960 chip fares in terms of performance and benchmarks so we expect the same from the P10. This is paired with a 4GB of RAM and 32GB starting storage capacity.

The Huawei P10 will be available in Ceramic White, Dazzling Blue, Dazzling Gold, Prestige Gold, Graphite Black, Mystic Silver, Rose Gold, and Greenery colors. It’s initially priced at €649 (roughly Php34,400 when converted) and is launching in the Philippines this March.