Huawei P8 vs. Huawei P7: What changed, in photos

Huawei P8 vs. Huawei P7: What changed, in photos

Huawei’s latest flagship handset, the P8, had a significant changes done on the design and hardware compared to the previous P7 model. We placed them down side-by-side to compare what has changed. 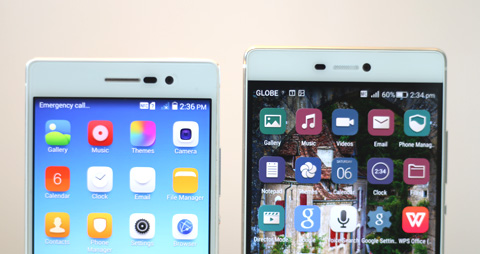 The P8 comes with a bigger screen at 5.2 inches from the 5.0 inches of the Huawei P7. The bezels on the sides are also much thinner on the P8, more than 1mm near the edge. 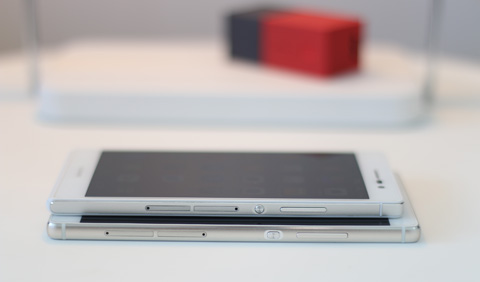 The P8 uses a full metal chassis compared to the polycarbonate frame of the P7 with a metal coating. The placement of the power button, volume rocker, and two micro-SIM card slots are still on the right side for both handsets. The back panel of the Huawei P8 is now also made of aluminum alloy compared to the patterned glass back cover of the Huawei P7. The white band at the bottom end of the P8 is to separate the 2nd internal antenna for better signal reception. 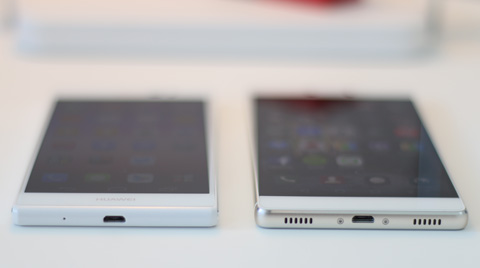 The loudspeaker of the Huawei P7 is placed at the bottom corner at the back while the grills in the P8 are already re-positioned at the bottom end together with the micro-USB port. 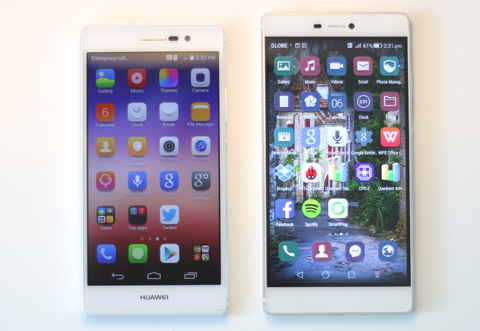 No more Huawei logo on the front panel of the P8, where it used to be a large one at the bottom end of the P7.

There’s a huge jump between the Huawei P8 and its predecessor, the Huawei P7, both in terms of design and hardware specs. Except perhaps in the battery capacity which increased by a mere 180mAh, everything else looks great.

As for the software and features, here are 18 new features found on the P8.

We expect the Huawei P8 to arrive in the Philippines in the middle of June with a suggested retail price of around Php21,990 or Php22,990.