18 New Features of the Huawei P8

18 New Features of the Huawei P8

After playing around with the Huawei P8 for an entire day and checking all the hidden features, we list down the 18 best new features of the P8 that we think deserves to be highlighted. 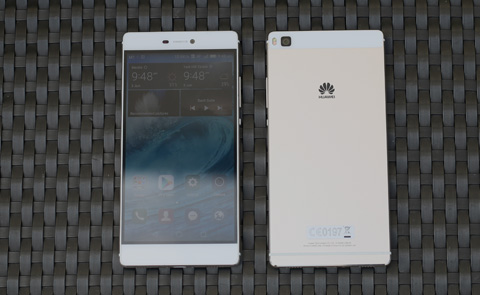 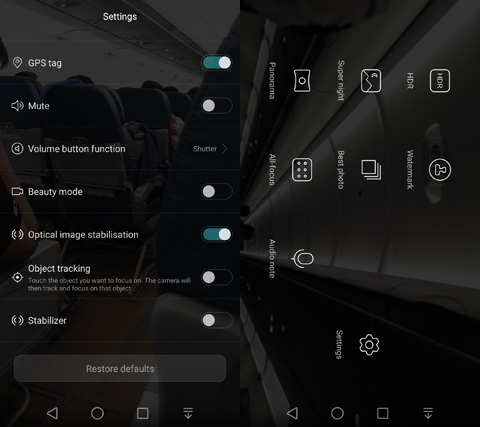 Optical Image Stabilization. The P8 boasts of an optical image stabilization that has 1.2° angle of movement, double that of the iPhone 6 Plus which is only at 0.6°.

Director Mode. Allows the P8 to wirelessly connect to 3 more handsets and record videos from different angles of the same subject. The host will be able to see all 4 video feeds and is able to direct which camera takes it turn to record the video. It’s a pretty neat trick that can be accomplished with up to 3 more devices, plus the host P8, as long as they run on Android and download the Director Mode app in the Huawei App Centre. 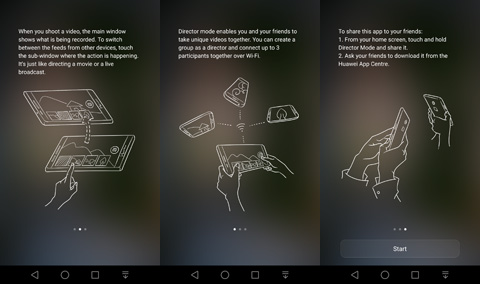 Beauty Mode. A camera preset that takes a photo of you in various angles and stores it for later use. All future selfies or groufies will automatically detect your face and add beautification filters to make you look better.

Light Painting. Allows you to manually take control of the shutter speed for taking fancy light trails in dark environments. To those familiar with dSLRs, this is somewhat similar to the Bulb mode where you open and close the shutter manually instead of adjusting the shutter speed beforehand. 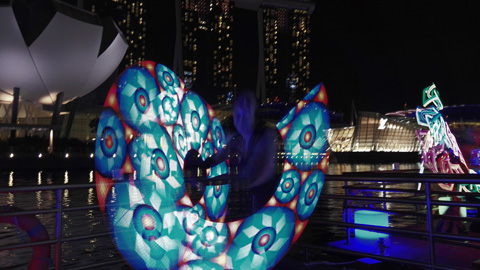 Speech Awareness. This feature helps you locate your handset by calling it out loud. The default call sign is “Hey Emie, where are you” but you can customize it however you want. Once the P8 hears you, it will reply back and play a loud ringtone. In the same manner, you can ask it to ring up someone hands-free. 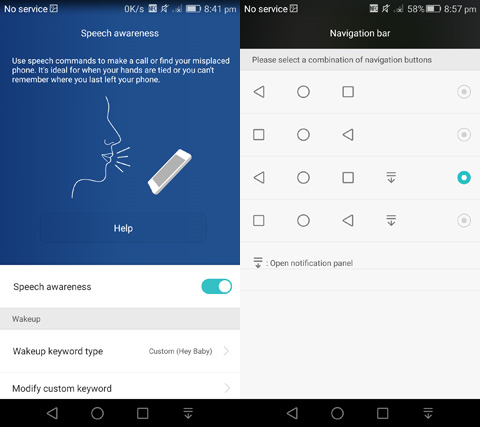 TouchPlus. Once you apply the dedicated screen film, new touch control areas will be usable along with additional touch shortcuts at the top and bottom of the display. This removes the on-screen buttons which is replaced by the new buttons introduced by the film, positioned just below the active display. 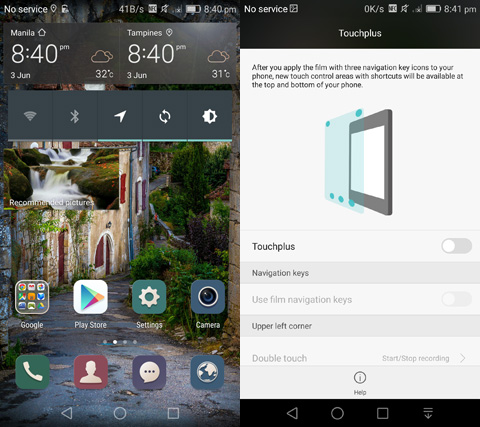 Fast Dual Antenna Switching. To avoid the “grip of death” issue that was once a problem with the iPhone 4 when it first employed a metal frame, the P8 uses two independent antenna — one at the top and another at the bottom. Depending on how or where you hold the P8, the antennas quickly switch between the two of them in order to give the best cellular signal reception. 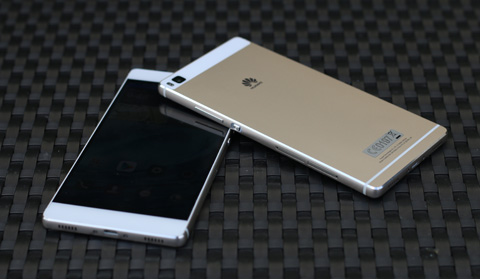 WiFi+. When this feature is activated, WiFi connectivity will be evaluated to provide smart network switching. WiFi+ automatically swicthes data connection between 3G/LTE and WiFi to provide a smooth/stable connectivity experience. WiFi also turns on automatically once it is in range of a known WiFi hotspot and connects to it.

Signal+. This enables the phone to receive signals from all directions in order to optimize internet connection and call quality. Optimizes the phone to work even at high-speeds (like a bullet train running at 300kmph). 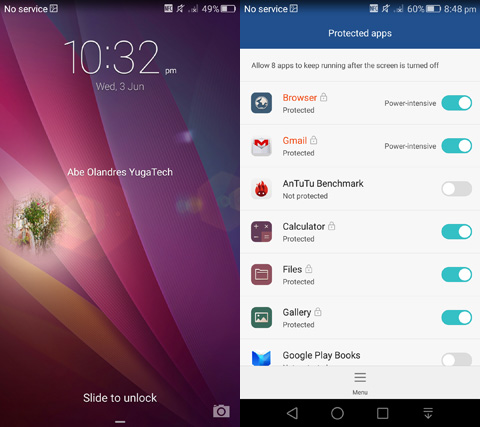 Protected Apps. This allows you to manage which apps will continue to run in the background even after the screen is turned off. Helps save on connection and battery life.

One Hand UI. Reduces the screen size so it’s more comfortable to operate the screen with one hand. Just a quick diagonal swipe from wither bottom corner will reduce the viewable screen by around 60%. Tapping outside the screen area reverts back to the full display view.

TalkBack. This is an additional accessibility feature that activate voice feedback to describe what you touch, select or activate. This is more useful for legally blind or low-vision users.

Smart Unlock. Lets you unlock the phone with a Bluetooth device, like a smartband. Just set the unlock method and add any Bluetooth to start. Once you place the smartband near your phone, it will automatically unlock it. Display Network Speed. This is a nice little display feature that shows you the current network speed, whether you are on WiFi or 3G. A small numerical display shows up beside the battery and signal bar. 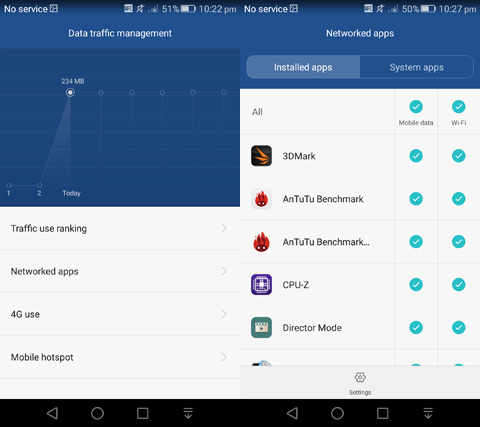 Networked Apps. Restricts the background data usage on a per-app basis. You can set which apps can run from the background using WiFi, 3G or both connections. This makes sure data-heavy apps or services only work when you’re connected via WiFi, saving you precious mobile data allocation from your telco.

The Huawei P8 has a lot of really interesting features on top of a great hardware and performance, some might be more useful and practical than the others.

Only the Titanium Grey and the Mystic Champagne will be released in the Philippines with the 16GB capacity.