Shenzhen-based company Infinix has been in the smartphone game for a while now, and they sure are stepping up when it comes to producing affordable smartphones, especially with their latest Infinix Zero 8. For under PHP 13K, it offers a 6.85-inch display with a 90Hz refresh rate, a MediaTek Helio G90T processor, 8GB of RAM, 128GB of storage, quad-rear cameras, and a 4,500mAh battery with 33W wired fast charging. It’s pretty intriguing, so we’re here to share our full review. 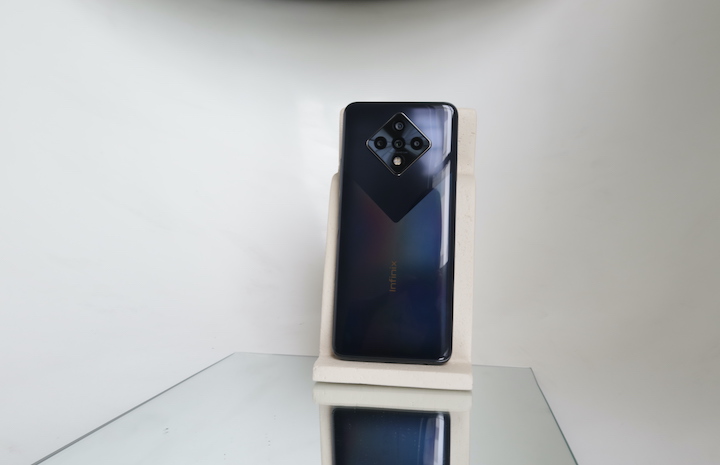 It’s hard not to miss that diamond-shaped protruding rear camera module that reminds me of the one on the vivo S1 Pro, but this one looks bigger and bolder. 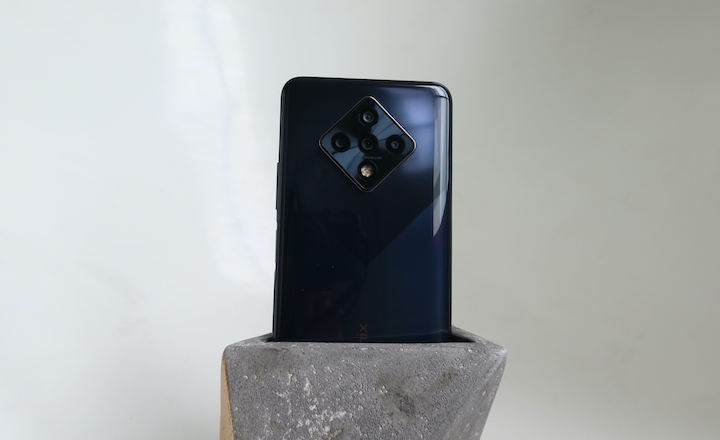 Complimenting that is its polycarbonate glossy rear panel with a V-shape design. It has some subtle gleaming light effect when moved towards some light, which is a nice touch. The unit we have is in the Black Diamond color, and there’s also a Silver Diamond as well as a green diamond variant available. 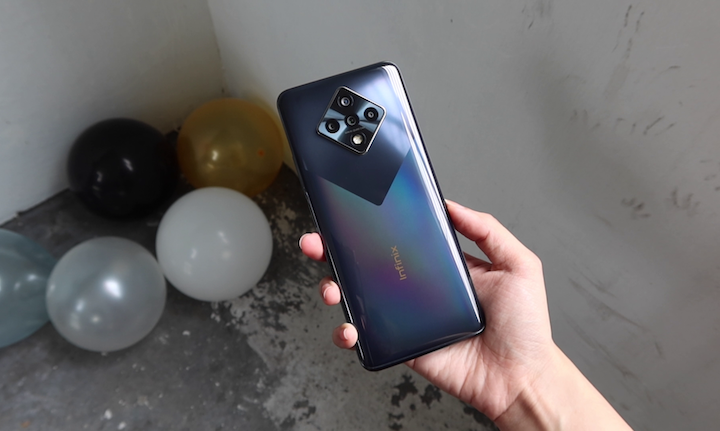 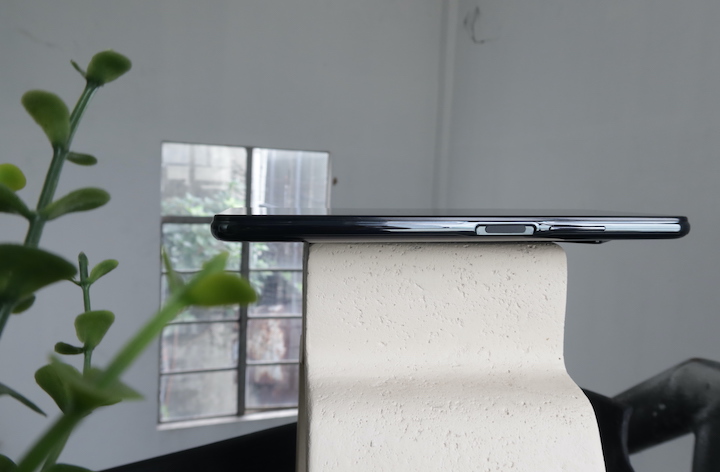 Meanwhile, on the left is the SIM tray with slots for two nano-SIM cards and 1 microSD card that’s expandable up to 256GB. 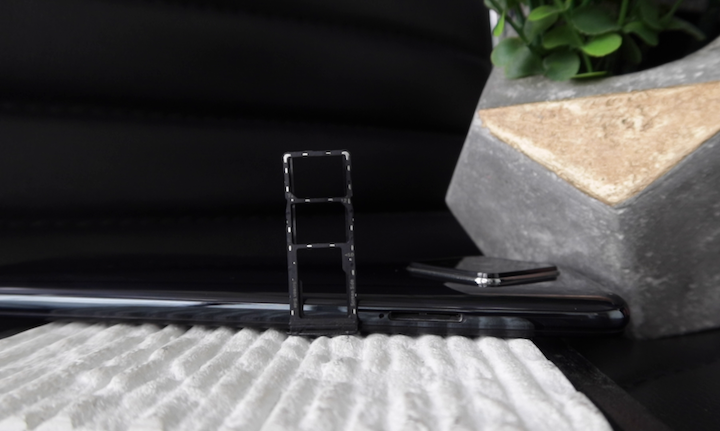 There’s nothing on top, but the bottom part is packed with the loudspeaker, USB Type-C port, primary microphone, and the headphone jack. Overall, its design is very stylish and sleek. It doesn’t feel cheap at all. However, it’s prone to fingerprints smudges, so better use that free jelly case on. There’s quite a heft when holding it, but the plastic body makes it feel a bit lighter. The Zero 8 has a large 6.85-inch IPS LCD screen with a 2460 x 1080px resolution and a pixel density of 392ppi. It also has a layer of Gorilla Glass 3 for protection. Like most smartphones today, we get relatively slim bezels and a slightly thicker chin. You can find its dual front cameras on the upper left in a pill-shaped black bar—which isn’t distracting at all, in my opinion. 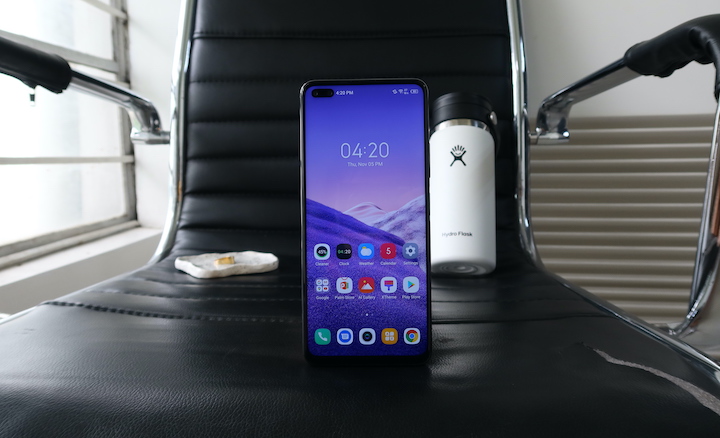 The display features a 90Hz refresh rate option and a 180Hz touch sampling rate that is always nice to have. It might not be as good as in an AMOLED screen, but it still offers a noticeable smoother experience. Its brightness level is pretty good too. You can still see the screen well at max brightness under direct sunlight. 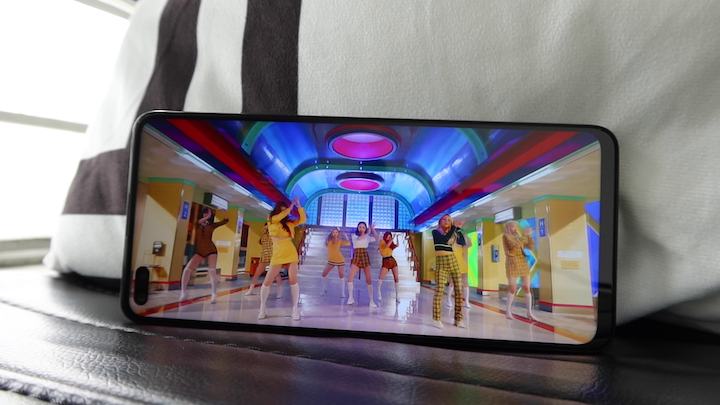 As for audio, similar to other Infinix smartphones, it’s backed with DTS Sound for a better audio experience, so you can customize the equalizer if you like. Its single down-firing loudspeaker produces a decent sound that focuses more on the vocals. It can not get loud enough but doesn’t sound distorted at max volume.

One of its highlight features is the cameras, housed in a diamond-shaped module. It is a quad-cam setup composed of a 64MP main sensor, an 8MP for ultrawide, a 2MP lens, and another 2MP lens for depth sensing. At the very bottom circle sits an LED-flash. 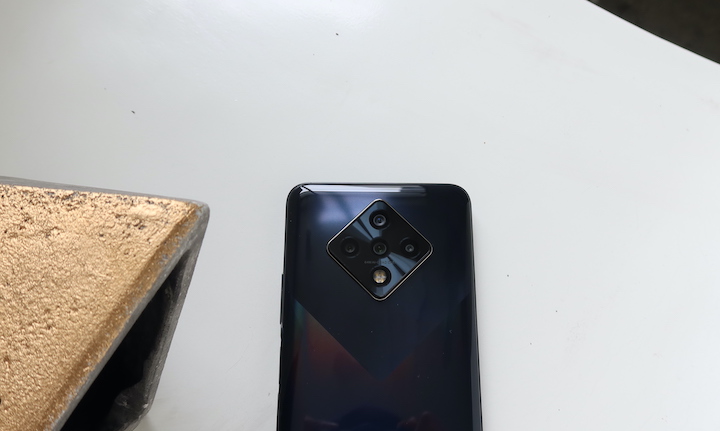 For selfies, Infinix managed to place a high 48MP main camera together with an 8MP ultra-wide. 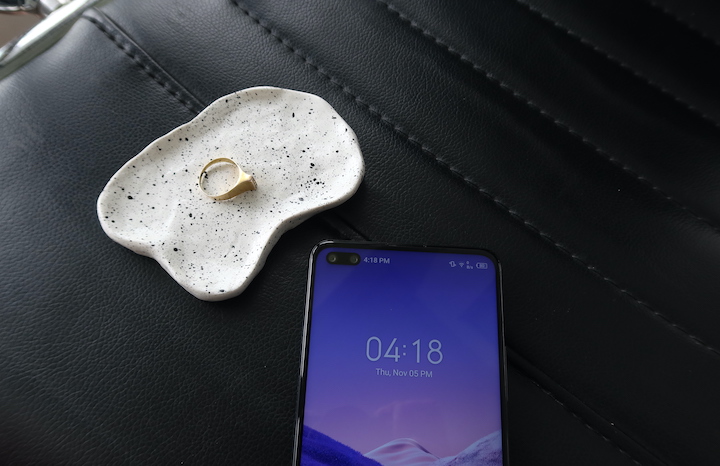 The camera app is similar to most Android smartphones today, so getting around shouldn’t be a hassle. It has additional nifty features such as short video, beauty, bokeh, super night, built-in filters, Google Lens, and you can use the fingerprint sensor as a quick shutter button.

Quality-wise, shots from the rear camera often look well-detailed and perceive good colors under good lighting conditions. Although, sometimes, you might want to take more shots as they can be overexposed. Its standard mode gives a nice depth effect, giving some professional-looking photos. And generally, there’s not much difference when you use the 64MP lens, but of course, you can expect higher quality if you ever need it.

You can zoom in up to 10x and even so it can still show good undistorted details. As for wide shots, the colors don’t always match up as in standard mode, but I like that it doesn’t give much of a fisheye effect.

Shooting under low light conditions with the Zero 8 isn’t recommendable since we often get grainy outputs, but it should suffice. Meanwhile, using the super night mode can make night shots look brighter and more detailed, plus it doesn’t take too long to take a shot.

When it comes to selfies, this is the first time I used a 48MP front shooter, and it’s nice to have this if you plan on cropping or zooming your selfies a lot. To maximize this feature, you need to make sure that you have a steady shot since it can easily look blurry. But we’d like to note that you get almost the same quality either way if you don’t use the 48MP lens.

Under good lighting conditions, you get sharp details but still gives a soft effect on skin tones. It falls more on cooler tones and they’re pretty good for social media posts. Its bokeh mode gives a nice subject-background separation too with some tiny details mishaps if you’re going to pixel peep.

As for videos, you can shoot up to 4K at 30fps but without any stabilization on board.

Nonetheless, you can turn on the Ultra Steady Shot for less shaky videos, but it can only handle up to 1080p at 30fps.

Infinix has its own skin called XOS Dolphin that’s based on Android 10. And the Zero 8 packs the 7th version, which isn’t really far-looking from the XOS 6. 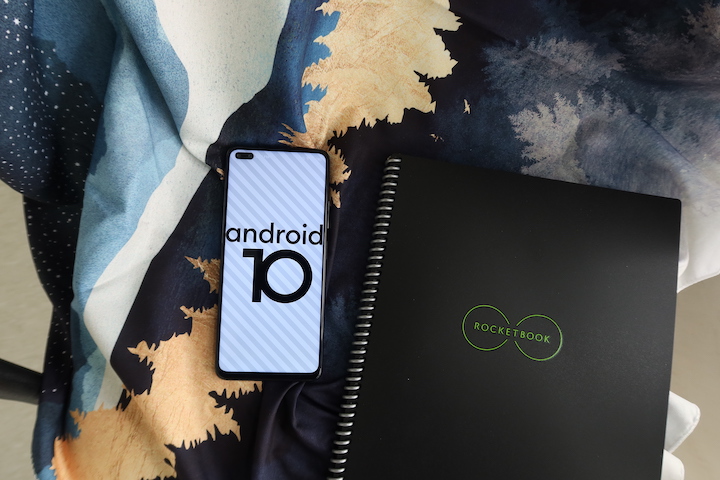 There’s a lot of things going on, honestly. It’s bombarded with bloatware and some pre-installed apps that you most likely won’t use, but you can uninstall the majority of them anyway. 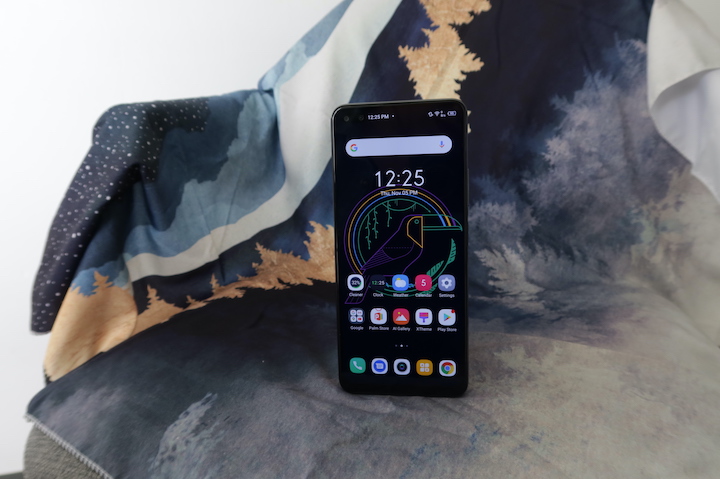 It also has an app drawer that can’t be removed, but there are tons of themes that you can download from third-party apps or Infinix’s own XTheme app. For navigation, you can use the usual buttons or with gestures if you prefer. There are some quirky customization features onboard that you can play around with, such as smart assistant, dark mode, digital well-being, social turbo, and game mode. There’s also the Freezer that allows you to freeze apps from working or consuming in the background to keep your device optimized. I didn’t really use it that much since we get an ample amount of RAM.

Either way, if you’re new to Infinix’s XOS skin, it will really take some getting used to. Out of the 128GB of internal storage, we get a usable 117GB out of the box.

Performance-wise, the Infinix Zero 8 is equipped with a Mediatek Helio G90T processor paired with a Mali-G76 MC4 GPU and 8GB of RAM. With this configuration, this phone can handle continuous multitasking and even long hours of gaming. We rarely experience some stutters, and you can take advantage of its game mode for a boosted gaming encounter. 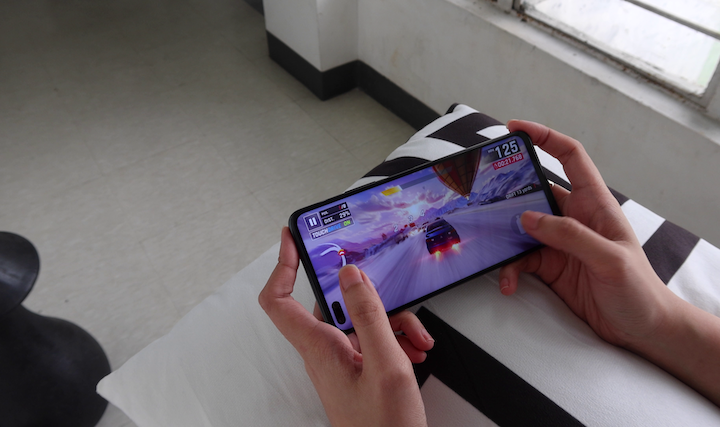 Notably, it has a liquid cooling system, so we didn’t experience much heating when doing heavy tasks. If you’d like to see the benchmark scores, we’ll flash them now.

For connectivity, the Zero 8 comes with Wi-Fi, Bluetooth 5.0, GPS, 4G LTE, and FM Radio – the usual set of connectivity features. Nothing special, but they’re all working well. 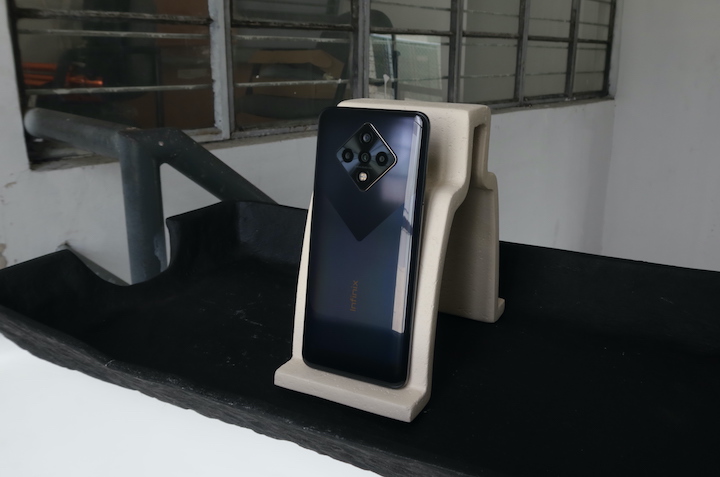 For the battery, it offers a 4,500mAh battery with 33W fast charging support. We ran it through PCMark’s battery test while the 90Hz is turned on, and it got a total of 14 hours and 18 minutes. Meanwhile, in our standard video loop test wherein we loop a 1080p video at 50% brightness, and volume with airplane mode turned on and earphones plugged in, the Zero 8 yielded a complete 30 hours and 25 minutes which is quite a surprise. But surely with light to moderate day-to-day tasks, it should last you a whole day. But if you want to save more battery life, there’s a power boost option in the settings similar to a low power mode. It will automatically disable unnecessary action and gestures, optimize the volume, enable dark mode, and even switch to a lower 60Hz refresh rate to save battery life. For charging, with a 33W fast charger, you can fully charge the phone within an hour and 30 minutes.

The Infinix Zero 8 comes with an official tag of PHP 12,990, which is really attractive for what it offers. Its performance should be enough for your day-to-day use with some casual gaming. The cameras are excellent, and it can really produce high-quality photos for your social media posts. Basically, I have no battery complaints since it’s equipped with 33W fast charging and liquid cooling tech. But something I’m not a fan of is the software. Of course, it offers Google Mobile Services, but you’d have to deal with the excessive ads and bloatware. And if you think you can deal with that, then go ahead and give this phone a chance.

And that’s it for this review. What do you guys think of this Infinix Zero 8? Let us know in the comments.