It really is a take two for LG as they placed their dough once more on mobile 3D technology with the release of its second 3D-capable smartphone, the Optimus 3D Max. No need to cross your eyes for this review. Just sit back, relax, and let me tell you something about the smartphone that could. 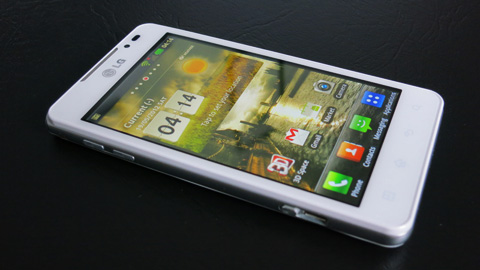 At first glance, it appears like the 3D Max is aiming for a simple yet clean look. (We received the white version) If it were a home appliance it would exude an impression similar to that of a very expensive split-type air-conditioning unit – simple but hard to ignore.

Look at the front of the 3D Max and the only features noticeable are the earpiece, front-facing camera, light sensor (not that noticeable on the black version), and the LG logo above the display. Below it are four capacitive touch buttons that give off a cool white glow whenever in use. 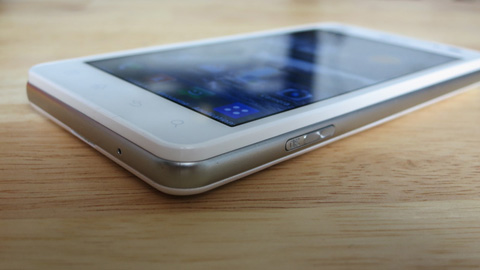 Look at the sides of the 3D Max and that’s the time itâ€™ll start to look a bit sophisticated. The sides have a metallic gray finish, a worthy attempt to make it appear classy but still look very plastic. If you have extra time to scrutinize it, you will suspect that it sort of got its inspiration from the white iPhone 4S. 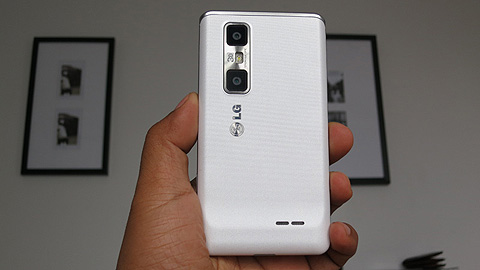 The entire back of the 3D Max has a white patterned finish which offers added friction to prevent the phone from slipping off your sweaty palms. Also located there are the speaker and the stereoscopic cameras.

The 3D Max weighs 148 grams. Even with its above average size it still feels light to the hands but with an acceptable amount of heft.

The 3D Max gets the Android 2.3.6 Gingerbread treatment with the usual Optimus UI skin. If youâ€™ve handled Androids before Iâ€™m sure you’ll easily work your way around. If not, the UI is pretty much straightforward. Youâ€™ll get seven different home screens to house your favorite shortcuts and widgets. Tap the app drawer and you’ll find your apps neatly organized according to its category. All in all it’s not cluttered and very much easy to navigate. 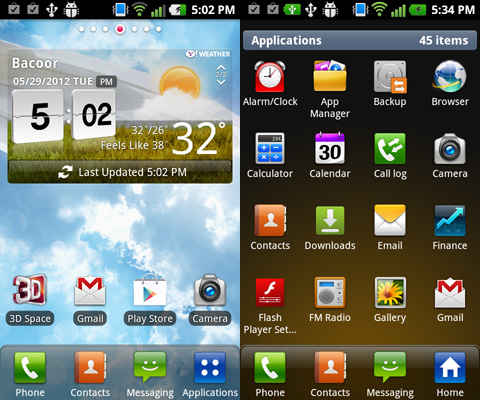 But, after spending a considerable amount of time with it, I realized it’s not really an issue. The 3D Max runs very well and I never experienced any lags or whatsoever. It is smooth and very responsive even when utilizing its 3D features. This brings me to the main selling point of this smartphone — the display.

Now, this is where the fun begins. To start with, the 3D Max has a 4.3 inch display with a resolution of 480×800 pixels at 240ppi. Now on top of that is what you call a Parallax Barrier that allows you to view stereoscopic images in 3D without having to wear 3D glasses. It does this by projecting two different sets of images to your left and right eye at the same time.

Then, to top it all off the entire display is covered with Corning Gorilla Glass 2 â€“ a tough glass that is slimmer and better than the former. 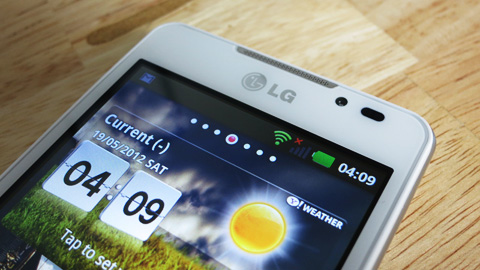 With those layers on top of the whole display, it would sometimes appear that the screen was placed a little too deep into the device.

The display doesnâ€™t have a lot of pixel density to really boast around so pixels are noticeable if you really want to look for it. Despite that, images appear crisp, has good levels of color vibrancy and great viewing angles. 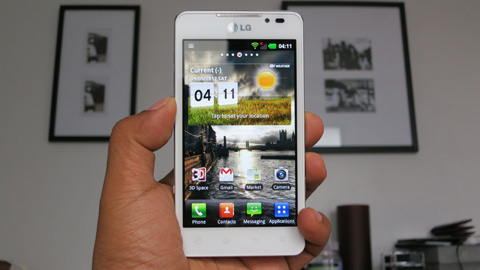 When I first experienced 3D on this smartphone, it made me say â€œWow!â€ The last two times I was wowed by a smartphone’s display was with iPhone 4’s Retina and Sony’s Bravia-powered displays. Launch the 3D Space app and you’ll be taken directly to a 3D view of a carousel of shortcuts to other 3D services such as the 3D Gallery, 3D Camera, 3D Games & Apps, even YouTube 3D. From here you will constantly find yourself saying â€œASTIG!â€ (Is there a rough translation of the word â€œastigâ€?) 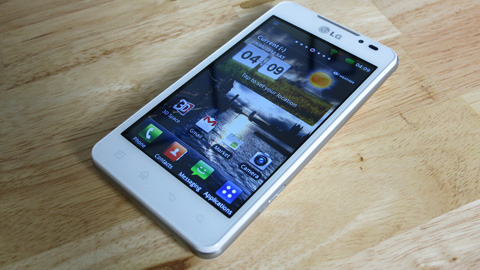 True to your own words, the 3D display is fantastic. If youâ€™ve experienced watching 3D movies in your favorite theaters, you’ll have an idea of what to expect. But experiencing 3D on a 4.3 inch display with no glasses, it has a different kind of satisfaction that is similar to knowing that your pet dog can count.

Of course, some bragging rights come along with it. If you hate pixels though, sorry to disappoint you but pixels are evident when viewing in 3D but not to the point that it is distracting. Remember that youâ€™re in this for 3D viewing and not pixel viewing.

Word of warning though, 3D viewing wonâ€™t be always that comfortable. It is recommended that you take a break if your eyes are tired or you experience any dizziness. It even says so on a message pop-up from LG. From my own experience I never felt any kind of dizziness but your eyes will surely get tired. I experienced some minor headaches especially during the first few minutes of looking at the 3D display probably because my eyes are adjusting to it. I also had this uncontrollable urge to cross my eyes once in a while. Iâ€™m sure viewing experiences will differ from user to user but make sure to heed the warning.

One of the main culprits for the 3D images that you’ll enjoy with the 3D Max is its Stereoscopic camera. Meaning it is capable of simulating the human eyes binocular vision using two cameras and sensors. The 2D images captured by these two cameras are then projected by the Parallax Barrier to give you a perception that the images you are viewing have depth. 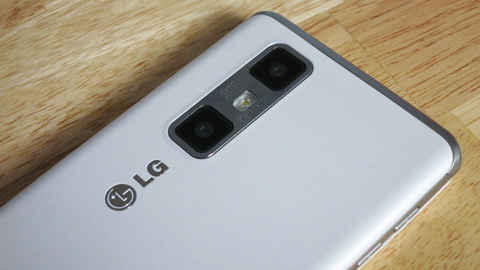 The two cameras are equipped with 5 megapixel shooters which can take very clear shots. When shooting in 2D the top most camera is the one in use. The colors appear a bit low on vibrancy though with some images appear sad and gloomy even those with bright colors. Overall it can capture very decent photos with acceptable detail.

Nothing much going on with the cameras interface. The 2D-3D toggles are there as well as the toggle to switch to the front-facing camera. Other than that you can change the focus to Auto or Face tracking, adjust color effects and white balance, set timers, change scenic modes – just a basic package for most smartphones really.

For video recording, you’ll be given the choice to record in 2D (up to 1080p) or 3D (up to 720p). Image stabilization is also included to help some of us who have shaky hands.

The 3D Max is all about multimedia viewing pleasure, capable of simulating 2D images and videos to appear in 3D. Let’s say youâ€™re viewing an image of your girlfriend’s bigâ€¦. hands. You just need to tap the 2D-3D toggle and it will appear on 3D and vice versa. Same thing goes for videos. I was able to watch AVI and DivX/Xvid files both in 2D and 3D with no problem. For those who like to make homemade movies, there’s the Video Editor app that can help you edit 2D or 3D clips so you can stream it afterwards on your 3D TV via SmartShare.

With Android Gingerbread on board, multimedia features are pretty much basic. Music and video playback is breezy. Just drag and drop your files inside the 8GB internal memory or you can always add a 32GB microSD card if you fall short. The only difference is the addition of dedicated 3D apps and games such as Asphalt 6, N.O.V.A., Let’s Golf 2, and a pop-up style children’s storybook titled Gulliver’s Travels.

If you think youâ€™re short on 3D games and videos to enjoy you can just download some from LG’s SmartWorld.

Quadrant Standard gave the Optimus 3D Max a score of 2,269, leaving behind the HTC Desire HD but falls a bit short of the Optimus 2X. 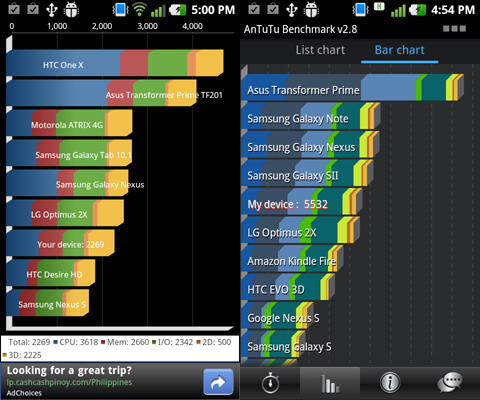 Antutu Benchmark gave it a score of 5,532, beating the Optimus 2X this time by a margin but scored below the Samsung Galaxy S II. 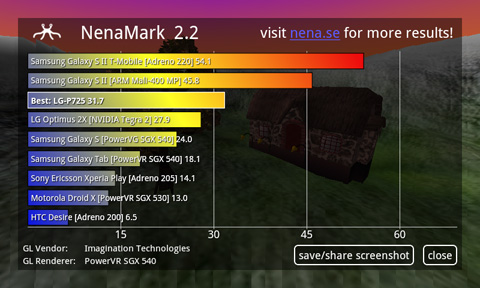 If you have smartphone with a dual-core 1.2 GHz processor, a 4.3 inch 3D-capable display, dual 5MP cameras with Flash that would surely entice a lot of usage. I spent an hour or two a day just watching movies in 3D then another hour or so with capturing and viewing 3D images and videos. Let’s add 4 hoursâ€™ worth of WiFi internet, a couple of less than 8 minute calls and less than 50 text messages. All in all it took less than a day and a half before the 1520 mAh battery ran out and died on me. Even with a below average battery performance, the Optimus 3D Max has served me well. I just paid my respects then charged it again.

It’s not every day you get to use a smartphone that can display your favorite educational video clips and images in 3D. As a feature it is very attractive but 3D viewing may not be everyone’s thing. Some can really enjoy it to the max while others might end up with a migraine. It is not a multimedia powerhouse but it can handle your multimedia needs with an added twist. Performance is good, no lags. The camera is fantastic but has a gloomy effect. Battery life is short but acceptable. 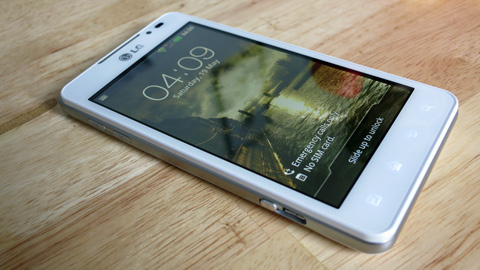 To cut straight to the point, is the LG Optimus 3D Max is worth buying? If youâ€™re in it for the 3D experience, you will not be disappointed. But if youâ€™re not going to heavily bank on this feature then I suggest you go looking somewhere else.