Samsung new entry into the ultrabook category is the Series 5 Ultra Convertible — a superthin notebook with touchscreen panel and lid that flips back up to 360 degrees. 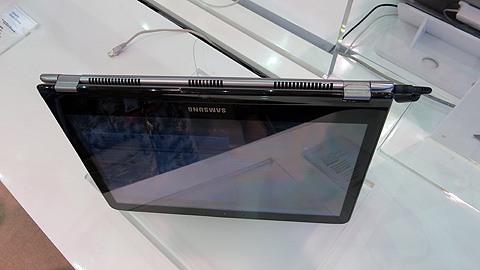 This isn’t the first of ultrabooks that can make a 360-backflip since we’ve already seen this in the Lenovo IdeaPad Yoga back in January during CES 2012. 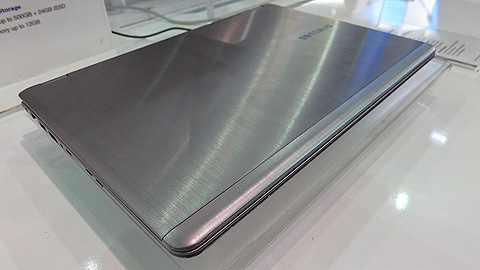 I’m not quite sure what the complete specs of this convertible ultrabook but I reckon it will be similar to the configuration of the original Samsung Series 5 ultrabook that was released in the Philippines a couple of months ago. 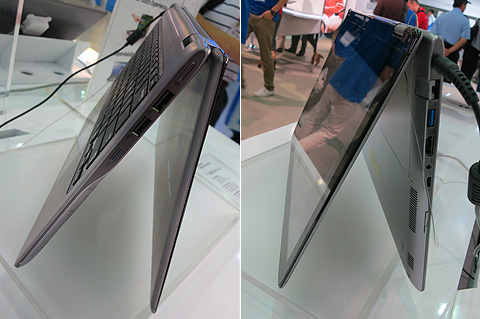 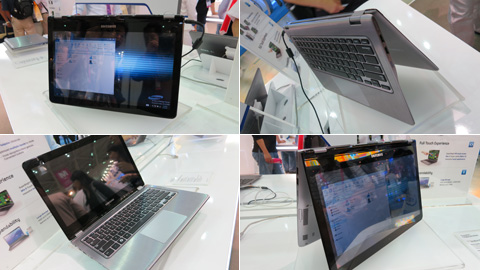 That means somewhere in the vicinity of a 13.3″ display @ 1366×768, 500GB hybrid HDD (+ 24GB SSD), 4GB RAM, Core i5 Ivy Bridge processor with embedded graphics. We just hope Samsung will price this similar to the first Series 5 once they release it sometime in the 4th quarter this year (in conjunction with the release of Windows 8).