During the Asus press launch this morning, the Taiwanese company unveiled a number of computers and peripherals under their ROG line (Republic of Gamers). Of the lot, the Asus Tytan CG8890 got most of my attention. This PC is one behemoth of a gaming rig, both in design and hardware configuration. There have been several ROG Tytan PC before but this one features their latest design and hardware configuration. 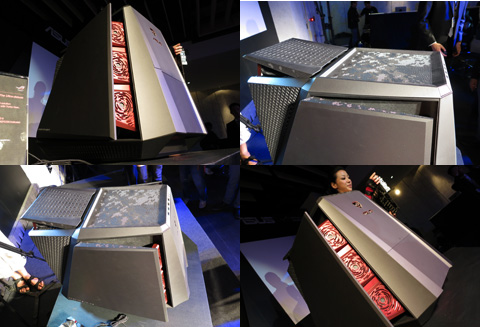 Some parts of the system is hidden but when the Tytan spreads its wings, you’d see how cool the casing is. Check out this video to better appreciate it.

The Asus Tytan features an 8-way aerodynamic thermal solution. It also has an instant over-clocking function that does not require any rebooting. The Turbo Gear allows for over-clocking mode of 3.8GHz, 4.0GHz and 4.2GHz. 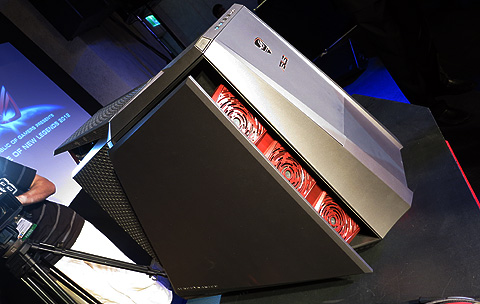 The single NVidia GTX 690 is capable of supporting up to 4 simultaneous display while the Xonar DX provides more cleaner audio output.

The 128GB dual-SSD SATA3 is configured at Raid 0 which means it splits data evenly across two drives for a much faster transfer rate and boot times.