I was lucky enough that LG Philippines gave me an Optimus G yesterday so we’re able to unbox it earlier today and take it out for a short spin. Check out our unboxing photos and first impressions after the jump.

The Optimus G is one of LG’s newest superphone and is slated to be launched in the Philippines next month. 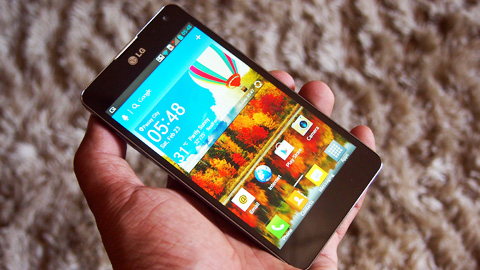 The phone is a cousin of Google’s Nexus 4 so we were expecting something similar in terms of build quality and design.

Fortunately, we were not disappointed. The Optimus G looks pretty solid; the design is simple yet elegant and the glass treatment reminded us of the iPhone 4 and the Optimus 4X HD combined. The device has a bit of a heft and since it has a unibody design, access to the micro-SIM is at the left exterior side. The device is kinda slippery with all that glass around it, and the thin strip of silver metal that surrounds the edge of the front panel feels a little rough.

Aside from the power button and the volume rocker, there are no other physical buttons on the Optimus G. 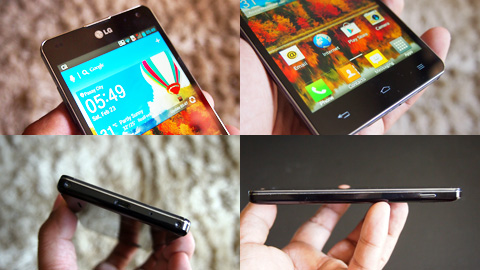 The back panel is covered with a thin sheet of glass, like the Nexus 4, but the pattern that you’ll see at an angle inside it is somewhat different.

The Optimus UI on the device looks very polished, the animations and transitions are very smooth, almost flawless and the collection of icons and widgets are ample that you will not feel the immediate urge to change your launcher.

There are some custom features like Quick Memo (you can draw or write on any open window or screen and save it), Miracast (mirror phone screen to TV display), and the LG QSlide that allows you to play a video or browser in a floating window (just like Samsung’s Pop-Up Play) and then control the opacity of that window (we explained it here in detail). 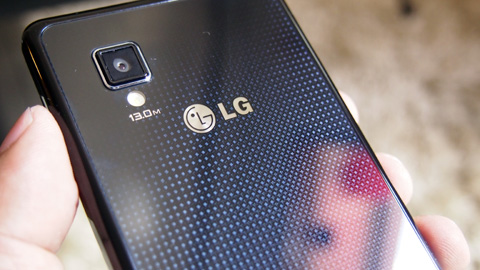 Contrary to our earlier report, the Optimus G that will be released here does not have any microSD card expansion slot. The indicated capacity on paper is 32GB but the actual usuable amount is just 25GB.

We have yet to test the LTE radio but we were told it is supported by Smart’s network.

And yes, they’ve already upgraded this to Jellybean 4.1.2 from ICS before they’re releasing it in the Philippines. 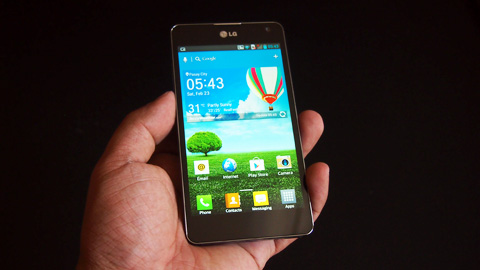 We still don’t have an exact day this March for the release date as well as a retail price but we’ll post it once we get official word. Watch out for our full review in a couple of weeks.