OPPO showcased to the press another limited edition variant of its mid-range F3 smartphone — this time donning red and gold colors for the FC Barcelona Football Team. 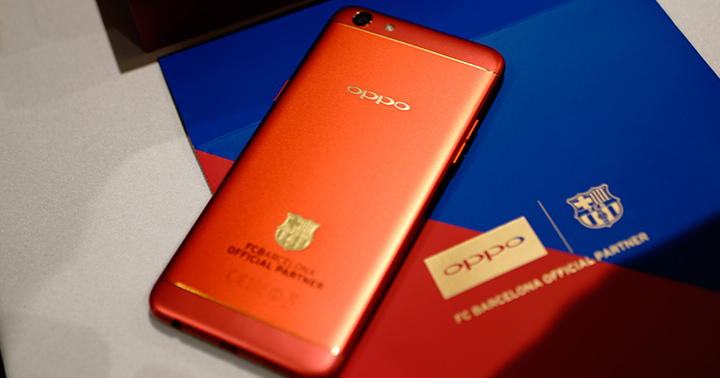 This variant greatly resembles the Red edition that was recently launched in the country, but OPPO still manages to give it subtle touches that make it as a phone of its own: there’s the packaging in the football team’s colors and the phone’s back plate being customized with the team’s crest painted in 18K Gold. Like the local Sarah G edition, the FCB Edition has a set of its own wallpapers designed to complement the whole aesthetic.

Aside from that, the smartphone is still the same with the other variants sold in the country — it still has the 5.5-inch Full HD display, 4GB of RAM, and the 3200mAh battery we used to know from the device. 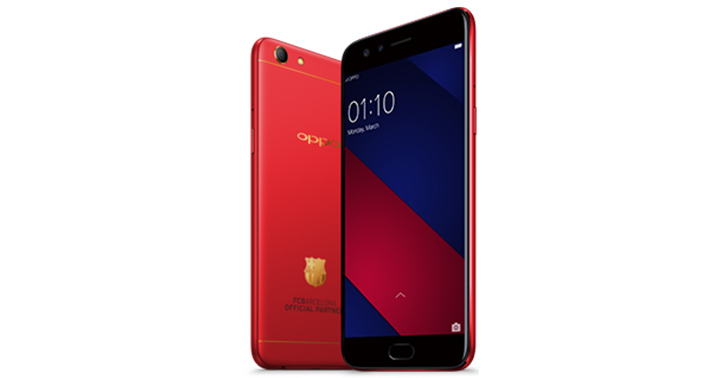 OPPO showed it to the press as it highlighted the ongoing global partnership with the team. The OPPO F3 FC Barcelona edition will not arrive in the Philippines, but it is sold in other locations such as in Indonesia at 4,009,000 Indonesian Rupiah, or around Php15,700 when roughly converted.