The Lumia 535 is the first smartphone released under the Lumia brand by its new holder, Microsoft Mobile. Lumia smartphones are known for its robust build quality with decent specifications that can run Windows Phone OS lag-free. Can Microsoft uphold the reputation Nokia did for their smartphones? Read on to find out. 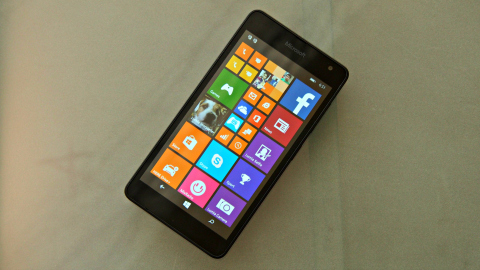 Kicking off with the physical aspect of the device, the Lumia 535 has a good heft on hand. Its rectangular candy bar body has rounded corners that ensure comfortable grip. Despite having a pretty large display at 5-inches, it doesn’t feel bulky. What bothers us are the small creaks at the back and on the sides. No, it doesn’t mean that the phone has a cheap build but rather an issue due to the removable back cover. The front of the device is dominated by the 5-inch display, with the Microsoft branding, the earpiece, the proximity sensor, and the front-facing camera on top while the microphone sits invisibly below the display. The right side of the device has the volume rocker and the power/lock button, but no dedicated button for the camera. 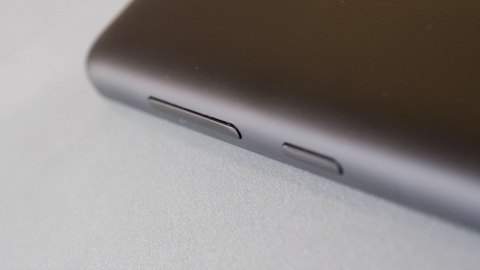 On top is the 3.5mm headphone jack, and the micro-USB port for charging and data connection at the bottom. The back reveals the Microsoft logo, the speaker and the primary camera with a single LED flash. Mind you, the camera module protrudes a bit so the phone doesn’t lay flat on its back. 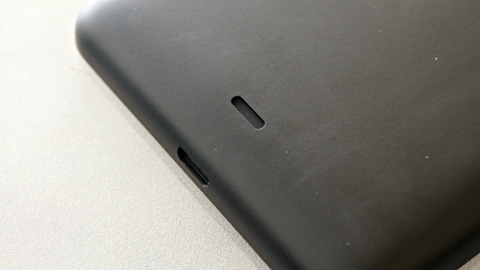 Digging further inside, we will see a removable 1950mAh battery, the two micro-SIM card slots, and the micro-SD card slot.

The Microsoft smartphone sports a 5-inch qHD (480×960 pixels) IPS display. Despite having a low-resolution for a 5-inch, the pixel density was not an issue thanks to the blocky Windows Phone UI and large fonts. Its surface relatively feels economical despite having Gorilla Glass 3 on top. Also, the touch response issue plaguing the Lumia 535 family is very present at first boot. Good thing that it has been addressed through a firmware update, but touch can still be quirky at times. In terms of display quality, it impresses. Colors are vibrant with great viewing angles, albeit the blacks are not as deep as we wish it to be. We also hope the brightness levels can be tweaked more precisely according to situations.

The UI is no different to other Windows Phone in the market but what set the Lumia series apart are the add-ons like HERE Maps, HERE Drive+, and Lumia exclusive apps pre-loaded. Out of the box, you’ll already have the Lumia Denim version but make sure to update to lessen the annoying touch response issue.

If you’ve been using Windows Phone OS, you’ll appreciate its intuitive UX when it comes to primary phone functions. While third-party apps, even famous ones like Facebook, can be a little outdated compared to its Android or iOS counterpart, worse is that there’s no Windows Phone OS version for some.

Equipped with two 5-megapixel sensor, both front and back, the Lumia 535 is billed as a selfie-centric smartphone. The primary camera has autofocus and settings can be tweaked manually thanks to the Lumia Camera app. Most of the time though, the stills we got from the main camera were washed out and seemed over processed. While the details are forgivable for social media use, the white balance is inaccurate. 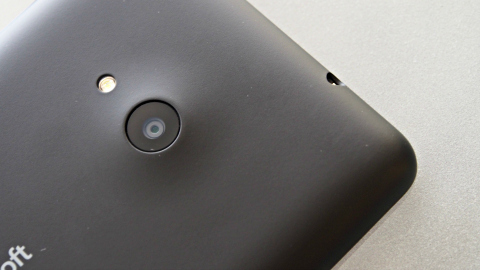 As for the front camera, it’s a hit or miss. With proper distance and ample lighting, the wide-angle 5MP selfie cam can produce quality stills. Stills can get smudgy whenever indoors or somewhere shady, so take your selfies to the outdoors and embrace the sunlight.

Videos on the other hand are disappointing. Quality is bad and resolution can only max out at 848×480. Even the previous generation of Lumias can at least record in HD @ 720p.

We have to admit, we had a hard time doing our usual battery test with the unit; perhaps the phone doesn’t support HD playback. We transferred a 1080p video that was automatically downsized and converted by Windows. Playback at medium brightness and 0% volume on flight mode lasted for 3 hours and 21 minutes. A surprisingly short battery life but it can vary. 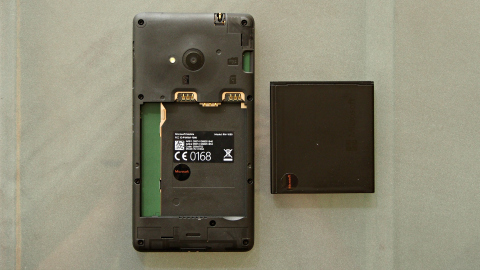 As any Windows Phone 8, everyday performance is respectable. Transitions are fluid, yet navigation can be a task due to the touch issue of the display. Nevertheless, if Microsoft can truly fix the issue, then performance will be a breeze.

There are only a few benchmark apps for Windows Phone OS, but these numbers are still a big help to compare the prowess of the device.

From our two-week usage, there are more reasons to dislike rather than to like the Microsoft Lumia 535. Perhaps the main culprit here is the issue with the touch which ruins everyday usage from swiping, scrolling, or even tapping, it is just frustrating. On the up side, the front camera can capture decent selfies for you, which is the primary selling point of the device. With an SRP of PHP 5,990, it can be a hard sell for some since the Nokia brand is not on board, and others can opt for a better option over the Android wagon. 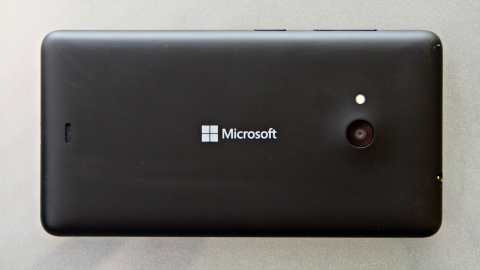