The HTC Desire 8 – an upcoming mid-range Android smartphone which sports a 5.5-inch display with dual-SIM support was recently leaked on a Chinese website. 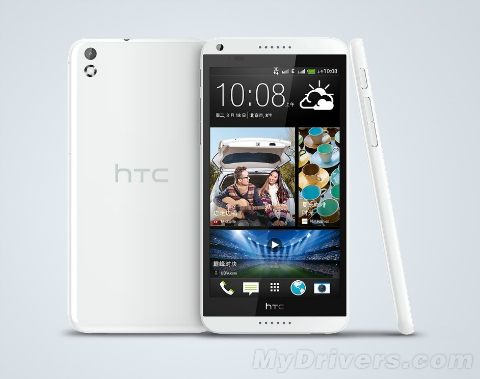 According to MyDrivers.com, the upcoming smartphone will reportedly feature a 5.5-inch display, a 13 megapixel camera with LED flash, a 5 megapixel front camera, front-facing speakers, and dual-SIM functionality. The body is also speculated to be made of plastic and will come in white, red, yellow, orange, and cyan colors.

No other details have surfaced so far but it is expected to launch in Beijing on March 18.