The Motorola Moto G is one of the company’s most recent and most affordable offering after it was acquired by Google. Let’s find out if this is the best Android smartphone in its class and price category after reading our full review.

There are actually two variants of the Moto G and the one we are using for this purpose is the dual-SIM one. Editor’s Note: Android 4.3 is shown in product shots and then updated to Android 4.4.2; and as such, new scores are reflected in the software and benchmark results.

Moto G follows similar design cues from its bigger and better brother, the Moto X. From its curvature and the much appreciated dimple on the back bearing the Motorola logo. 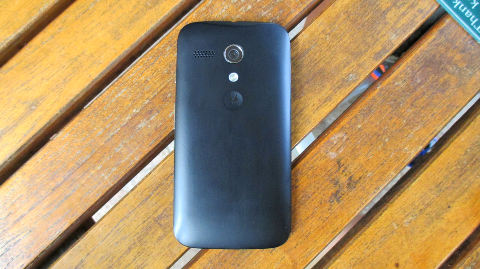 Checking the sides of the device will shows its physical attributes like the volume rocker and the power/lock button on the right while the opposite side is virtually clean. On top is the 3.5mm jack (headset not included out of the box) with the noise-cancelling microphone beside it. The bottom part has the primary microphone and the micro-USB port for data transfer and charging. 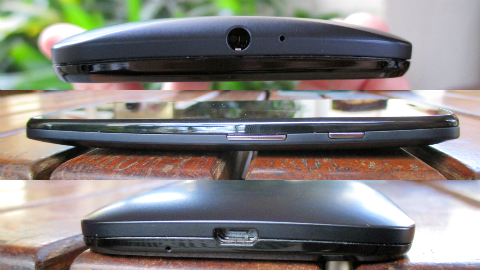 The whole front of the device is mostly occupied by the vibrant 4.5″ display along with the usual suspects like the front-facing camera, the earpiece and multiple sensors on top. There is a noticeable added width to the chin of the device much like the Nexus 5. There are no capacitive buttons here too. For almost two-weeks of use, we find the the Moto G to satisfy our concerns with build quality despite the unusual creaking on certain areas on the back. Most likely due to the fact that the back is removable to give access to micro-SIM card slot, and constant removal with loosen its grip. Though we only accessed it for a couple of times. 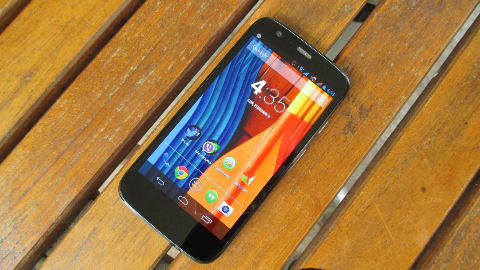 The size seems to do a fine job too. It’s not too small and not too big either. We were able to read fine text thanks to its 326ppi density. The display’s saturation makes the color pop out without over doing it, making it very pleasing to the eyes. Viewing angles are also wide which makes the screen well visible even at extreme angles.

Motorola Moto G just got updated with the latest Android 4.4.2 KitKat. With that alone, it already has an edge against other competing mid-range smartphones. It feels and looks like pure Android but with few Motorola add-ons. 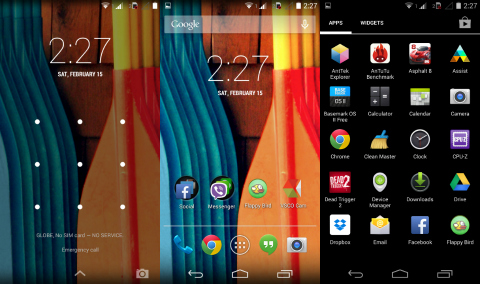 Motorola Assist automatically silents your phone whenever you have a meeting (hence a calendar entry) and gives you the ability to auto reply with assigned contacts. Aside from meeting agendas, it also has settings for your bedtime. Motorola Migrate makes your migration to your new smartphone with ease, whether coming from another Android smartphone or an iPhone. Lastly, there is Help, which does what it is supposed to do plus it can contact a Motorola agent to help you live. Unfortunately, it always fails to contact an agent, maybe PH is not yet supported. 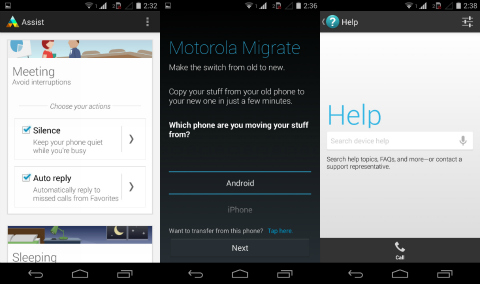 There is also a dedicated dual-SIM settings and Motorola’s Privacy and Device ID for additional security. 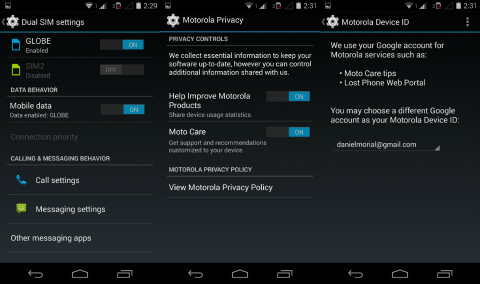 The near Vanilla Android experience, KitKat update and Motorola enhancements makes the Moto G a pleasant smartphone that do basic duties plus better multimedia in a clean and uncluttered UI.

Equipped with a 5-megapixel shooter, the Moto G is an average performer. It’s not obviously the best camera you can get and not even the best 5-megapixel shooter we’ve tried. Nevertheless, shots from the Moto G was pleasing and suitable for social network sharing. Low-light performance was not satisfying but there’s a single LED flash to reveal your subjects in the dark. 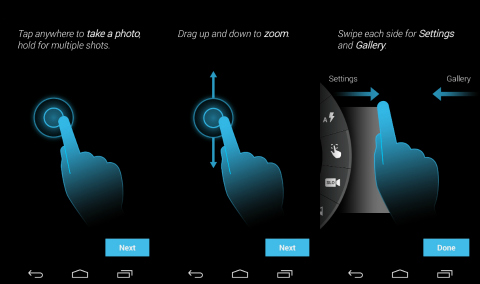 The camera UI is very basic. There is an Auto HDR feature that decides whether your phone should take an HDR photo or not. It’s a hit and miss though, making your shots inconsistent. Here we have two galleries for you. One taken with the HDR feature off and the other one is turned on.

With the HDR off, Moto G tends to capture less vivid photos while the details are okay for a 5-megapixel shooter.

[fancygallery id=”74″ album=”76″]
With the HDR on, shots suddenly become lively and saturated. It produces less detail but it can be managed. I suggest turning HDR on most of the time but you have to deal with the slow image processing.

As for the video capabilities, it can capture up to 720p only. The details are or the soft side. There are better 720p camcorders out there. Captured audio were okay but not dynamic.

Moving to media consumption. The Moto G’s speaker is the only problem we have. It’s tinny and cranky. You might want to plug in your headphones rather than using the loudspeaker. With a quad-core Snapdragon 400 and a gigabyte of RAM, this smartphone runs with a breeze. UI navigation and transitions are smooth while multitasking is fine with a few hiccups but negligible. Intensive games like Dead Trigger 2 and Asphalt 8 runs great and beautifully. Even Flappy Bird too!

We also run our usual benchmarks and here are the results.

Though there is a slight decrease with the benchmark numbers, the real world performance speaks for itself.

Calling with the Moto G is amazing. The earpiece is loud and clear while the two microphones picks up voice clearly even at noisy environments. No dropped calls even after an of hour non-stop of phone call. 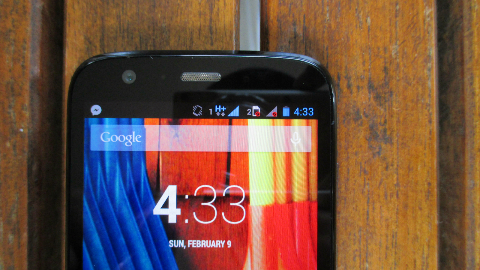 Longevity is not a big problem for Moto G, despite having a non-removable battery. The 2,070 mAh battery is capable of giving a full day of light to medium usage. Heavy users would want to have a powerbank along with them if they want full day of usage.

With our real life usage that includes consistent mobile data with casual texts and phone calls plus moderate camera usage, Moto G was able to last for almost 9 hours. Not bad! With the YugaTech battery test, it can run for more than 8 hours.

In the end, Moto G lives up to its name. Being a Motorola smartphone plus a Google company (until Lenovo bought Motorola), it a very capable phone with superb screen and build. 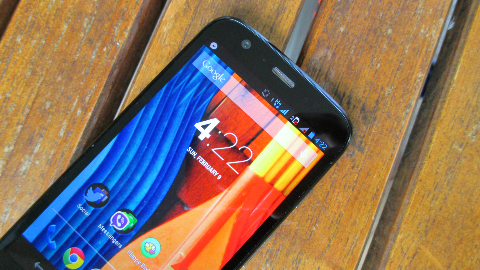 The Moto G is not officially released in the Philippines but several online sellers have them on stock. The review unit we have is a dual-SIM which was bought in Singapore for a little over Php9,000.

What we didn’t like:
– Tinny loudspeaker
– Back cover tends to catch grease easily.
– Non-expandable memory