HMD Global has launched the Nokia 7.2 in the country today. The device sports an Android One operating system, combined with Snapdragon 660, and triple rear camera setup with a 48MP main shooter and ZEISS optics. Join us for a quick look at this handset! 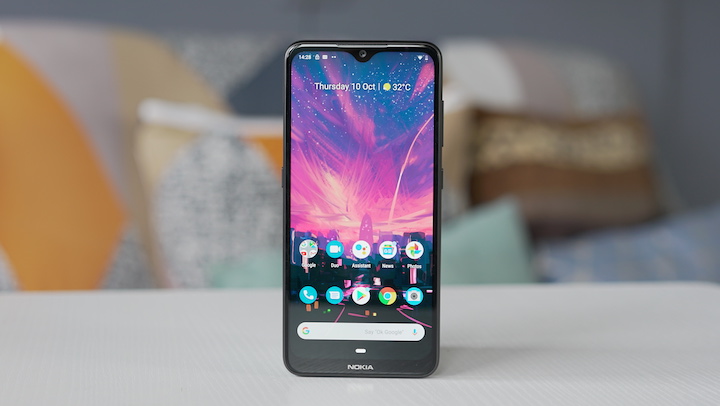 The Nokia 7.2 sports an FHD+ PureDisplay panel measuring at 6.3 inches, with a drop notch housing the 20MP front camera. Slim bezels surround the screen, with the chin slightly thicker than the rest as it has the Nokia logo emblazoned across it. In the hands, the 7.2 feels light yet solid and robust. The smartphone also has a premium touch to it, as well. 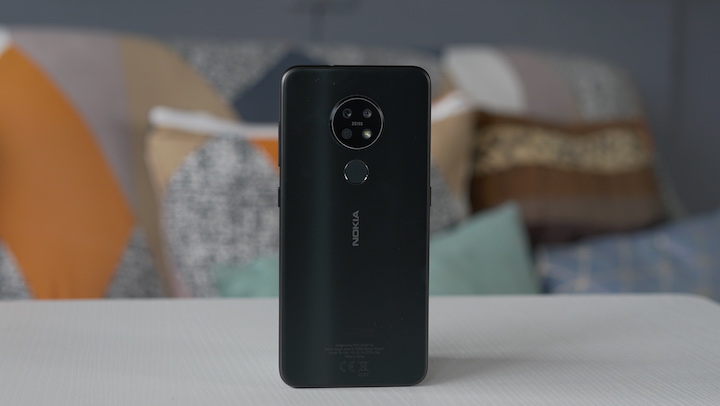 Turning it over the rear, we’re greeted by the smartphone’s colorway in black, all done with a matte finish that extends to the frame of the smartphone. The finishing is quite refreshing to the eyes in between all the glass backs and glossy plastic finishes that most smartphones these days have. Additionally, the smartphone doesn’t feel slippery in the hands. One downside of it though is that the smudges and fingerprints are more difficult to wipe out compared to glossy finishes. Also situated on the rear is the Nokia 7.2’s triple camera setup composed of 48MP + 5MP + 8MP snappers with ZEISS optics, housed in a circular module. It protrudes slightly from the body of the device, and therefore there’s a wobble to it when placed on a flat surface. Below that, one can find the fingerprint scanner. 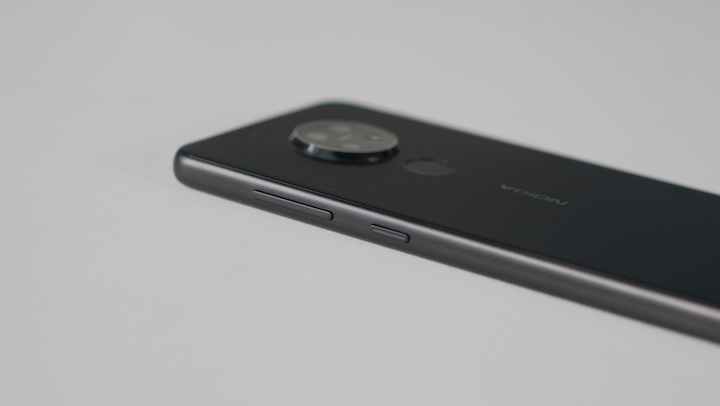 On the right, we have the volume rocker and the power button. If you’re someone with small hands, you might find the buttons slightly difficult to reach with one hand. 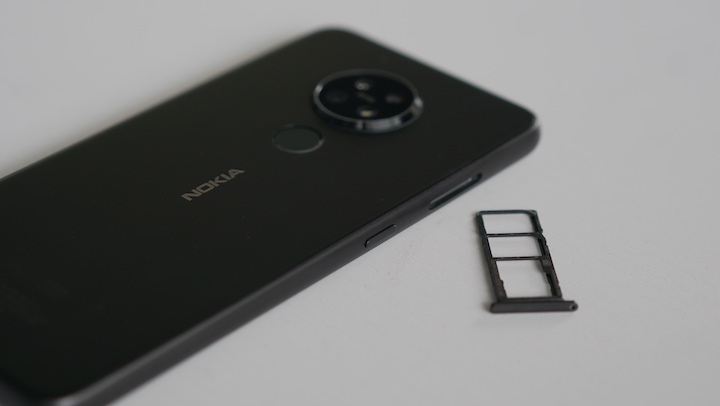 Located on the left is the dedicated Google Assistant button, while above that we have the dual SIM tray and the dedicated microSD card slot. 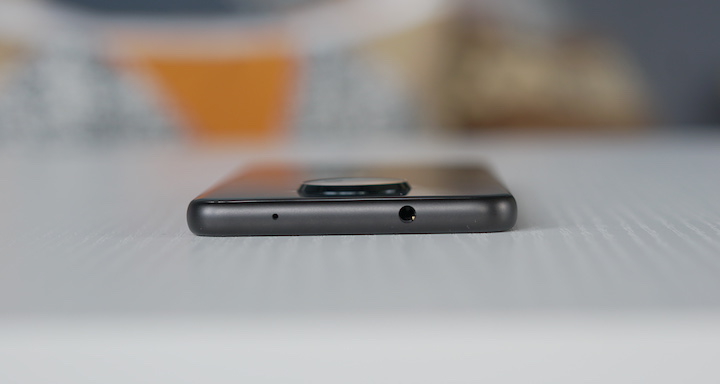 The 3.5mm headphone jack and a noise-canceling microphone can be found up top. 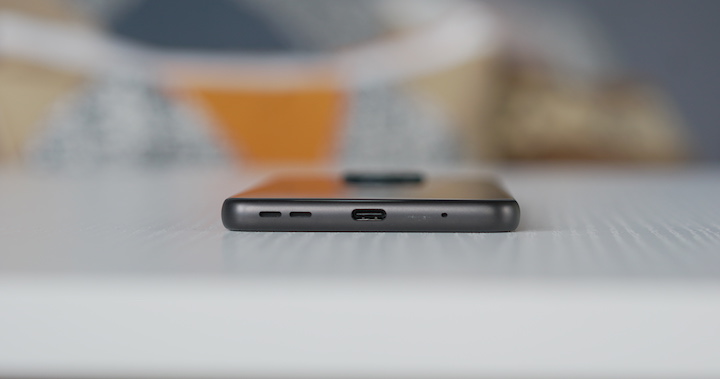 The bottom part houses the USB-C port, with another microphone and the speaker grilles on each side of it.