OnePlus is already working on the new OnePlus flagship smartphone and has already been sighted on the AnTuTu Benchmark. Based on the screenshot result, OnePlus A300 will be the reference number of OnePlus 3 listed to run Android 6.0.1 Marshmallow. The chip under the hood is a Qualcomm Snapdragon 820 paired up with 4GB of RAM and Adreno TM 530 GPU. Screen size is not called out yet but will support a 1920 x 1080 pixel resolution. There’s also the 8MP front-facing  and 16MP rear-facing cameras plus a 32GB built-in storage. 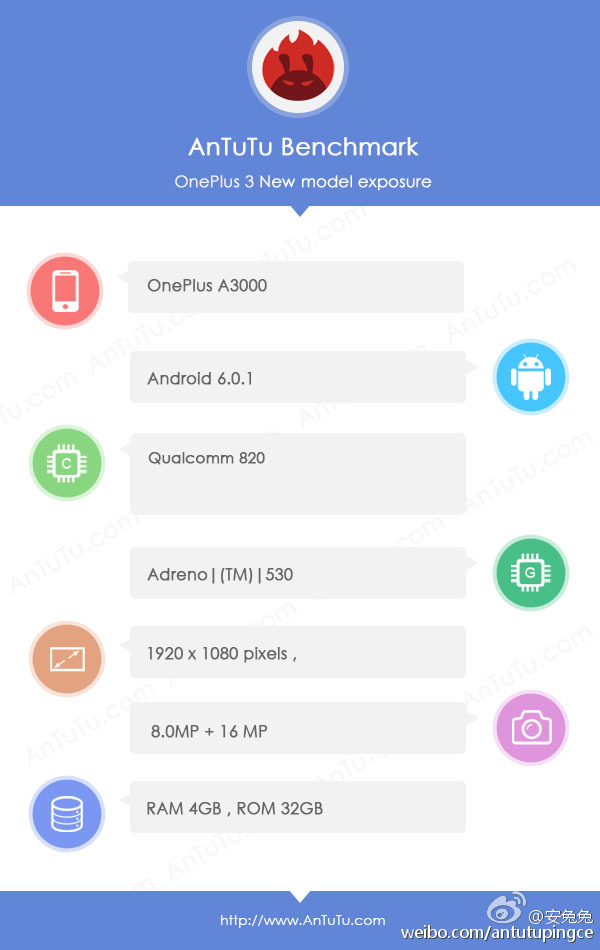 This is still unofficial but we know this leak has a big possibility to be true. We just need to wait for OnePlus to officially unveil its new smartphone line-ups in Q2 this year.