OPPO A96 vs realme 9i: Specs Comparison

OPPO recently released in the Philippines the OPPO A96, sporting a 6.59-inch screen with a 90Hz refresh rate, Qualcomm Snapdragon 680 chipset, and a 5,000mAh battery. There’s another smartphone, though, that packs similar specs, the realme 9i. Given their price difference, which one is for you? Find out in this specs comparison. 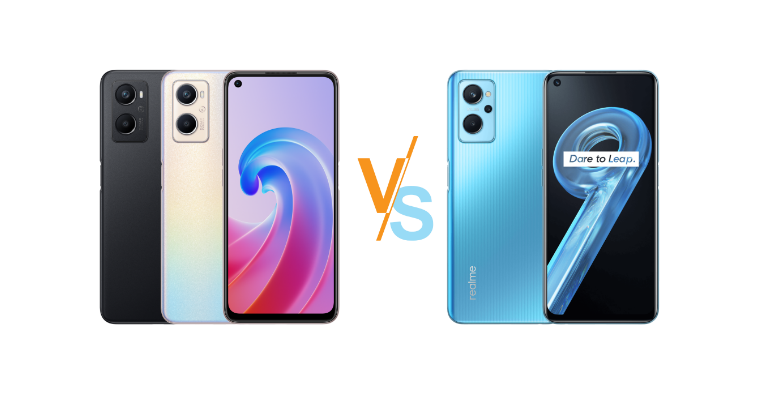 When it comes to the display, you won’t see much difference between the two as they both sport a 6.6-inch IPS screen with Full HD+ resolution which equates to 401ppi. Well, the A96 has a 6.59-inch screen but the 0.01-inch difference is negligible. Both also have the same 90Hz refresh rate for smooth animations and transitions, and a touch sampling rate of 180Hz.

Powering both devices are powered by a Qualcomm Snapdragon 680 chipset with an octa-core CPU clocked at a maximum of 2.4GHz, and an Adreno 610 GPU. So when it comes to CPU and GPU performance, you can expect the same level of performance. However….

The two devices differ in RAM and storage. The A96 has a larger 8GB of RAM and 256GB of storage, while the 9i has a smaller 6GB of RAM and 128GB of storage. Both have +5GB RAM Expansion features and dedicated slots for a microSD card. We’ll see if there are any differences in benchmark numbers once we’re done with our review of the A96.

For the front camera, both have 16MP shooters.

Both have dual-SIM card support with 4G LTE connectivity, WiFi 5, Bluetooth 5.0, GPS, USB-C, 3.5mm audio jack, and fingerprint scanner. However, the 9i has dual-stereo speakers which makes audio more immersive when playing games or watching videos. For software, both have different UI skins but both are based on Android 11.

For the battery, both have 5,000mAh capacities with 33W fast charging. This is a good capacity for those who are looking to use the said smartphones as daily drivers. The realme 9i’s battery life was rated by PC Mark at 22 hours and 26 minutes. We’ll know about the OPPO A96 once we’re done with the review.

If you’re on a tight budget, the realme 9i is the best option. You’ll just miss out on some RAM and storage. But if you think you can get by with the 6GB + 128GB, this option will get you the most value. However, if you really need a bigger RAM and storage for heavy multitasking and for storing large files, and are willing to spend more than PHP 4K for that, go with the OPPO A96.