Looks like Xiaomi’s Pocophone already has a successor to their F1 smartphone, as the Pocophone F2 has recently appeared on Geekbench. 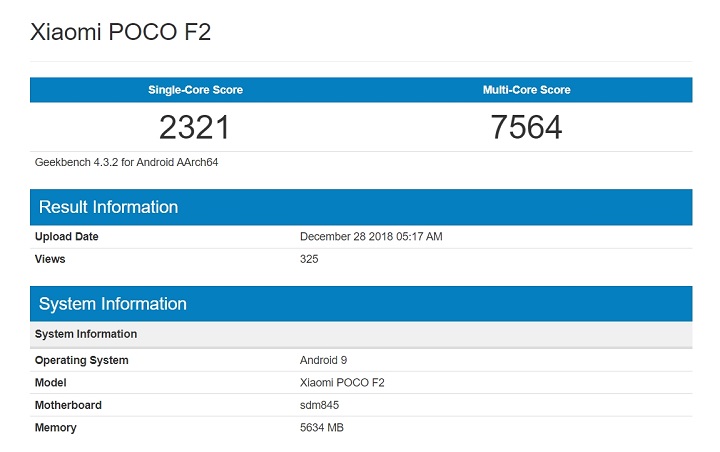 Looking at the system information from Geekbench, the Pocophone F2 is seen running on Android 9.0 Pie with 6GB of RAM. Some would be disappointed to see that it is still equipped with a Snapdragon 845 chipset but the choice makes sense if you want to keep the costs down and maintain the very competitive pricing it is known for.

Since this is a successor, we could expect upgrades in other departments like the design, display, camera, or battery. We’ll know soon enough once it launches next year.