Realme has recently released its latest entry-level smartphone, the realme C11. Priced just under PHP 5K, it competed with another smartphone from realme released this year, the realme C3. Should people purchase the cheaper C11, or save up the extra PHP 1K and get the C3 instead? Read on to find out: 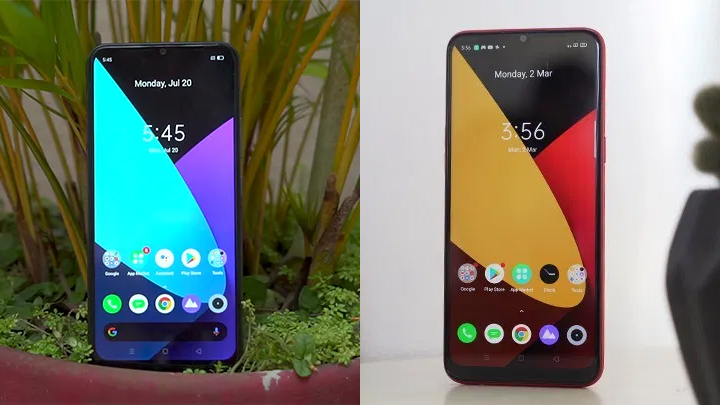 The two devices have similar displays, measuring 6.5 inches, with an HD resolution and IPS panel.

The most significant difference between the two devices is the chipset used. The realme C11 is equipped with MediaTek’s latest G35 chipset with an IMG PowerVR GE8320 GPU. Meanwhile, the realme C3 is powered by a MediaTek Helio G70 chipset with an Arm Mali-G52 MC2 GPU. Despite operating at a lower frequency, the MediaTek Helio G70 is the faster chipset, getting higher scores in our benchmark testing.

When it comes to RAM, the realme C11 comes with only 2GB RAM, while the realme C3 comes with 3GB RAM. While most apps will run with the limited RAM capacity, opening multiple apps and multitasking will be a challenge. As for storage, both phones come with only 32GB, which is less than ideal. Thankfully, both devices support MicroSD cards of up to 256GB.

For photography, the realme C11 comes with two rear cameras consisting of a 13MP primary and 2MP portrait lens. Meanwhile, the realme C3 is more versatile thanks to its inclusion of a third 2MP macro camera. As for selfies, both phones have a 5MP front camera. If you want to check out our sample photos from both devices, check out our reviews of the realme C11 and realme C3.

Both devices are capable of connecting via 4G, WiFi 802.11 n, Bluetooth 5.0, as well as several GPS tracking. They also come with a 3.5mm audio jack and charge via Micro USB. Another big difference between the two devices is that the realme C11 does not come with any biometric scanner, while the realme C3 has a rear-mounted fingerprint scanner.

Out of the box, both devices run on Realme UI based on Android 10, powered by a 5,000mAh battery with 10W charging support. However, the realme C3 also features reverse charging that turns the smartphone into a powerbank for other devices.

Priced for just PHP 1,000 more, the realme C3 appears to be the better purchase as it offers users with better performance, slightly more RAM, a third additional camera, a rear-mounted fingerprint scanner, and reverse charging support.

That being said, the realme C11 is still a well-designed phone with excellent battery life, and a processor capable enough to run Android 10.