Realme has recently announced its latest budget-oriented smartphone, the Realme C3. It shares a lot of similarities with its recent release, the Realme 5i, but comes at a lower price. Is the price saving worth the loss of other features? Find out in this quick specs comparison! 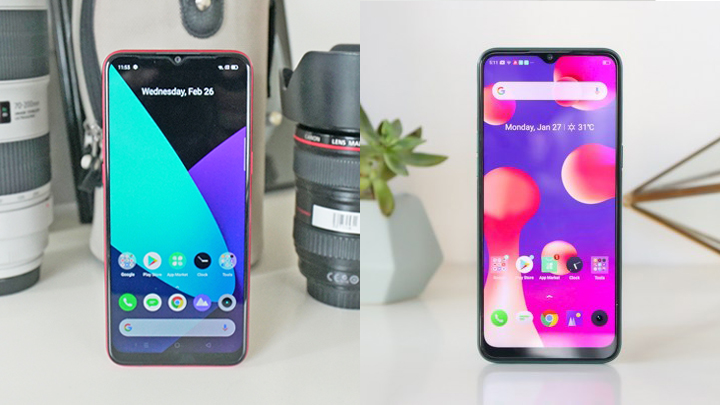 Starting with the display, both the Realme C3 and 5i come with the same display – a 6.5-inch IPS panel with a 1600 x 720 resolution. Both phones also come with Corning Gorilla Glass 3 for protection.

Under the hood, the Realme C3 comes with the more recent Helio G70 chipset, which is marginally better than the Snapdragon 665 AIE found in the Realme 5i. Both devices are paired with 3GB of RAM, but the Realme 5i comes with 64GB of storage, doubling the C3’s 32GB. While 32GB and 64GB might seem low for today’s standards, both devices do support memory expansion via MicroSD up to 256GB.

Looking into the cameras of both devices, the Realme 5i is more versatile thanks to its inclusion of an 8MP ultra-wide shooter and a higher resolution front camera (8MP vs. 5MP). As for the rest of the cameras, both phones come with a 12MP main, 2MP portrait, and 2MP macro shooter.

Connectivity-wise, both phones are dual nano-SIM ready, have 4G VoLTE capabilities, and Bluetooth 5.0. Where the Realme C3 falls, is in its use of the dated WiFi n compared to the 5i’s more recent WiFi ac compatibility. In real-world scenarios, this means that the Realme 5i can maintain a more reliable connection at a distance compared to the Realme C3.

As for the other features, both devices have a snappy rear-mounted fingerprint scanner, and quick face unlocks. Both devices also sport a 5,000mAh battery w/ 10W charging support via micro USB. Where they differ is in their skin and OS. The Realme C3 is the first phone to run on Realme UI based on Android 10. The Realme 5i, on the other hand, still comes with OPPO’s ColorOS6 based on Android 9.

As for the price, the Realme 5i has a local SRP of PHP 6,990, while the Realme C3 is priced at  PHP 5,990. Given the small price difference between the two devices, the Realme 5i seems to be the better buy. For PHP 1,000, you’ll get an additional 8MP ultra-wide camera, double the amount of storage, a slightly better front camera, and better WiFi connectivity. However, if you’re stretching your budget from PHP 5k to PHP 6k, then the Realme C3 is a great entry-level device that’s more than capable of running everyday tasks and more.