Local brand Redfox unveiled a new brand image along with a sneak peek of their upcoming products later this year, and that includes the awaited Aurea E10 sporting a Snapdragon chip and 3GB of RAM out of the box. Here’s a quick look at the device hitting the shelves soon. The Aurea is a sleek device that uses a combination of metal and glass to achieve a luxurious look. Its front panel is equipped with a 5.5-inch display that narrows down to the side bezels, giving it a near-edge look. Its IPS panel also gives out vibrant colors and crisp details as it sports a full HD resolution with adequate brightness enough to be seen at night. The device also employs on-screen navigation, so those upper and lower parts leave a lot to be desired. 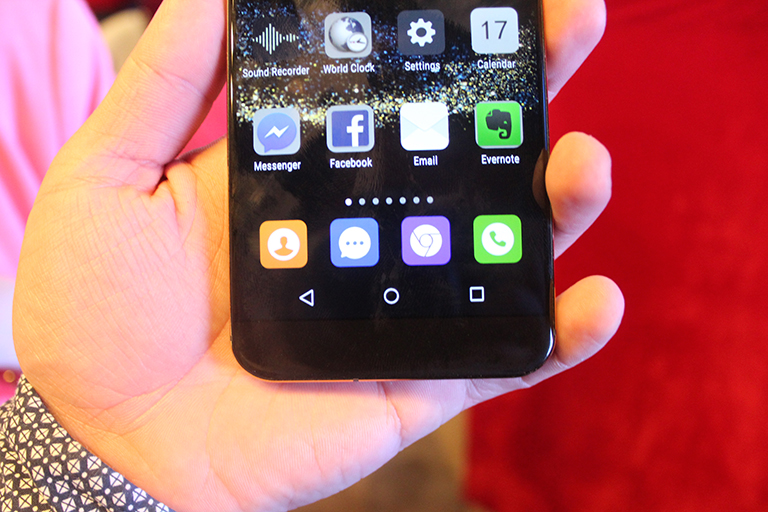 The sides exude an almost-flat surface with gold trimmings at the corners that reflect when out against light. At the right side of the device, we have three identical-looking buttons. The two top ones are for the volume rockers, and the one at the most bottom is the power/lock button. There are two slots available at the left side of the device which need a SIM ejector pin. For one, we think that these are both for the SIM and microSD card, or for two SIM cards. Given the nature of devices nowadays, it’s hard to theorize given the short amount of time we’ve spent but we’re leaning on a hybrid Dual SIM setup here. At the top of the device is the 3.5mm audio jack sitting at the right part. At the bottom, we have the speaker grille, the USB-C port, and the microphone. Both the top and bottom sides are equipped with dedicated signal bands to enhance mobile connectivity. 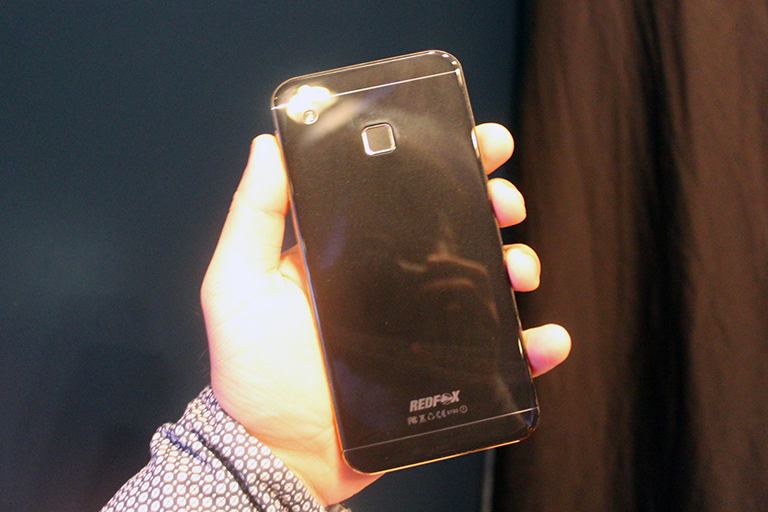 Flipping the device over, we were greeted by the 16MP rear camera at the top-center, the LED Flash, and the fingerprint scanner that lay below it. There’s also the Redfox logo at the bottom part, but may be replaced with a new one soon given their rebranding. The back plate has a mineral shine to it, and is very glossy to the point that you can’t leave the device unattended without a fingerprint smudge.

Baked inside the E10 is an Android 5.1.1 Lollipop OS with a customized home screen that veers away from the app drawers and places everything on the homepages. Aside from that, not much has been changed on the software when we fiddled with it for a moment.

The Aurea E10 is poised to be Redfox’s flagship as it enters into the competitive world of smartphones along with four other devices bearing the Aurea name, and will be available in white, black, gold, and limited edition rose gold colors later this year. Price has not yet been announced, but the folks at Redfox are saying that the device will be positioned in the mid-range level.