Mobile gaming devices keep on getting stronger and stronger. To support that growing demand for portable performance, both ASUS ROG and Black Shark step up to the plate to bring their new generation of gaming smartphones. Introducing the ROG Phone 5 and the Black Shark 4. Let us pin them against one another and see which is better in terms of key smartphone elements! 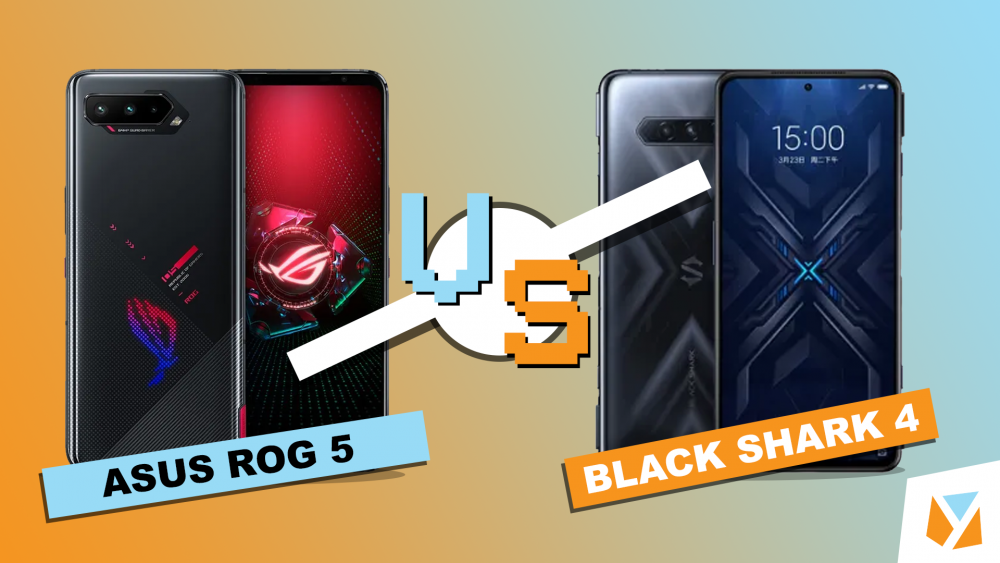 In terms of display, both devices come with an AMOLED panel. However, the ROG Phone 5 holds a larger, HDR10+ certified display. On the other hand, the Black Shark 4 has a higher-touch sampling rate at 720Hz compared to ROG’s 300Hz.

If we take build into accountability, the ROG Phone 5 is equipped with Corning Gorilla Glass Victus for both the front and back of its device. It even has an RGB lighting effect at the back. The Black Shark 4 is also a premium device but more simple in terms of design.

The ROG Phone 5 runs the higher Snapdragon 888 CPU, while the Black Shark 4 runs the Snapdragon 870 chipset, which means it has an increased gaming performance in games and OpenCL framework. Another difference lies within the available RAM configurations. With 8GB, 12GB, and 16GB of RAM, the ASUS ROG Phone 5 stomps the 6GB, 8GB, and 12GB RAM configuration of the Black Shark 4, especially if you want the biggest RAM possible. Meaning that the ROG Phone 5 is ahead when handling resource-heavy games or applications.

For cameras, both are equipped with a 64MP main camera and 5MP macro lense. The ultra wide-lens and front camera differ between the two due to the Black Shark 4 equipped with only 8MP and 20MP, respectively, compared to the ROG Phone 5’s 13MP and 24MP. But these are just pixel counts and higher numbers don’t always equate to better quality. We’ll know once we have both devices side by side for a review.

Audio is where the ROG phone 5 shines. Equipped in its 239g body are dual front-facing speakers created by Dirac technologies. Its stereo speakers come with the Cirrus Logic amplifier. The Black Shark 4 doesn’t mention any special speakers, so it could be regular stereo speakers. However, if you prefer physical game triggers for shooter games, the Black Shark 4 comes with physical pop-up triggers, while the ROG Phone 5 has pressure-sensitive zones.

Between the ROG Phone 5 and the Black Shark 4, the 6,000 mAh battery of the ROG Phone 5 stands over the 4,500 mAh battery of the Black Shark 4. The former comes with 65W of HyperCharge and is capable of reverse charging. The latter comes with a 120W flash charge. When gaming, having your phone with a longer battery is indeed a must so that you can game wherever and whenever. Do note, though, that a high battery capacity doesn’t always mean longer battery life. Since these are different devices, they also differ in battery consumption. We’ll know once we have both units for review. 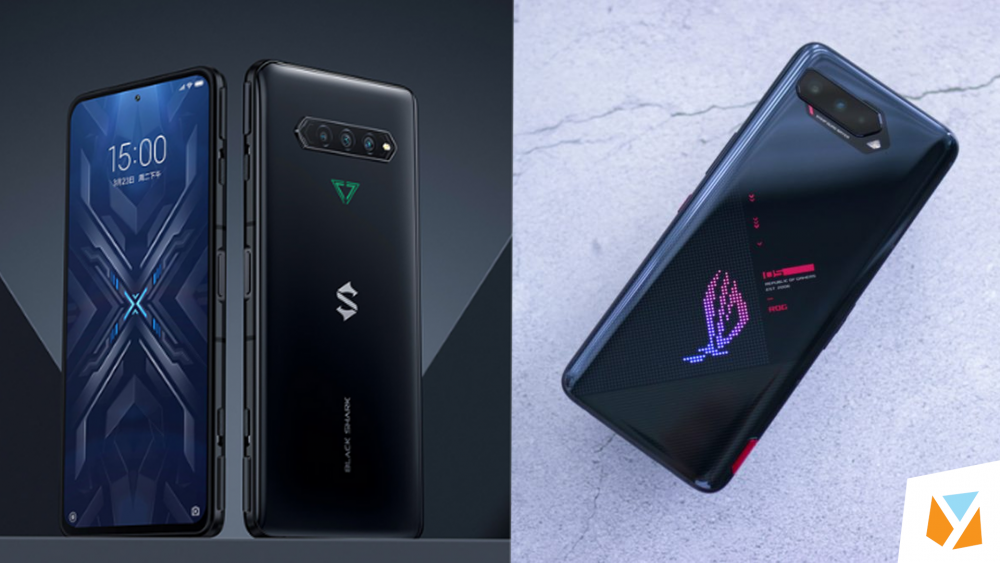 The two smartphones are yet to officially launch in the country, so we don’t have their local SRPs yet. But if money is not an issue, which device are you going to get? The ROG Phone 5 or the Black Shark 4? Let us know in the comments below.