Down below are the physical home button which also doubles as a fingerprint scanner, and capacitive navigation buttons on its the left and right sides. All of those are covered with Corning’s Gorilla Glass 4 which smoothly curves at the edges. 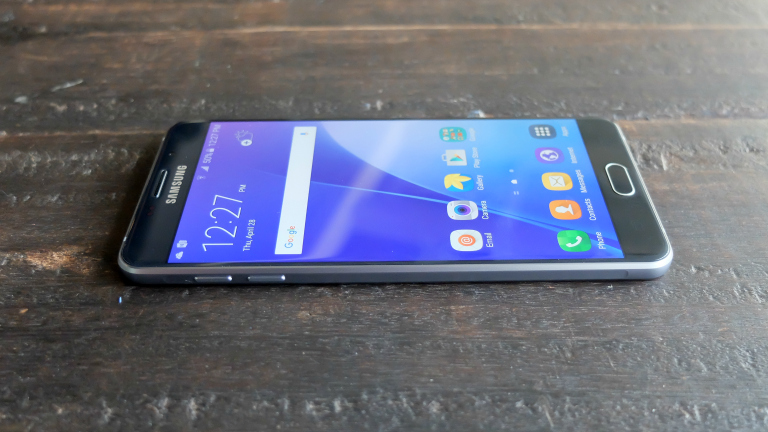 Looking at the left we have the volume keys, while on the right are the power/lock button and tray for the SIM card and microSD card. 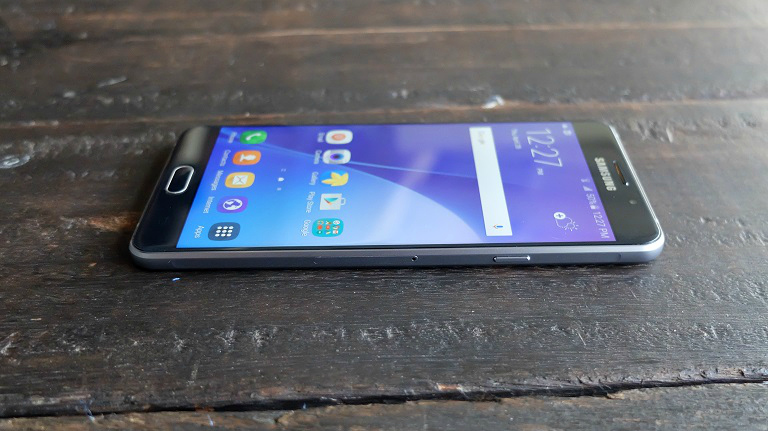 Flip it on its back and you will see the 13MP camera, LED flash and Samsung logo. On hand, the Galaxy A7 (2016) didn’t fail to exude its premium quality. The cool-to-the-touch metal frame is nice to the touch, and thanks to its curved body with a slight groove on the left and right sides makes it easy and comfortable to grip. 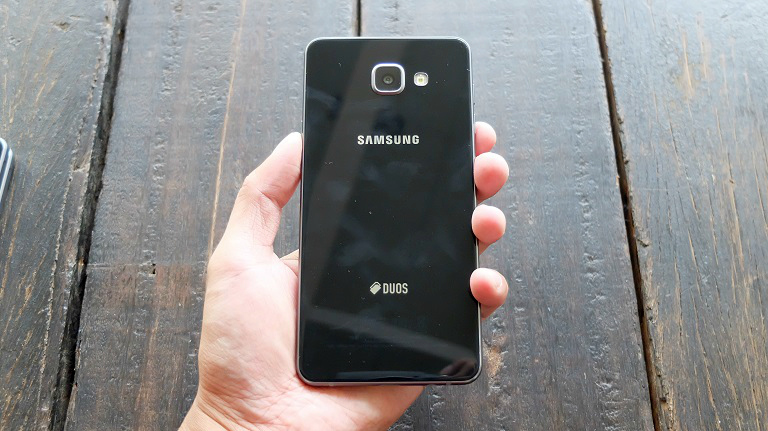 The glass back, on the other hand, although adds to its premium quality, is a fingerprint and smudge magnet. If that irks you then prepare to wipe it frequently. 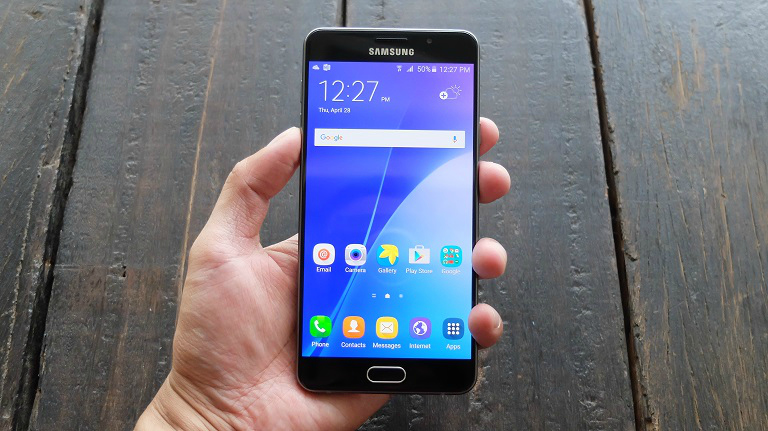