Having owned over half a dozen Android smartphones in the past year, I thought I’ve seem them all. The Samsung Galaxy S II (S2 i9100) brings it up a notch — a powerful and sexy Android superphone that comes with all the bells and whistles. The very thin frame of the Galaxy S II gives it that sexy appeal. Just like its predecessor, its mostly made out of polymer making it very light and almost unnoticeable in the pocket.

Yes, it sometimes looks like an iPhone, both in design and UI (though I’d wish the iPhone 5 would very much have an exact form factor) prompting Apple to file a lawsuit against Samsung. Still, it’s admirable that Samsung is able to pull it off and somehow retain a little bit of design signature. The large 4.3-inch display is surrounded by a thin, dark bezel with a front-facing camera on top, a couple of sensors and earpiece beside it. At the bottom end, the usual physical home button is sandwiched by a touch panel button for Menu and Back.

On the left side is the volume rocker while the power/sleep button is on the right side. On the top end is the 3.5″ audio jack while the micro-USB port for data and power is situated at the bottom. The absence of a dedicated camera button is a little disappointing. The bright and crisp display of the Galaxy S II is one of its best feature. Just like the first-gen Galaxy S, the AMOLED Plus display is among the best screens we’ve seen on a phone — deep contrast, vivid colors and smooth display quality. I’m not able to discern the difference between AMOLED and AMOLED Plus but I guess the benefits are all behind the scenes (like low-power consumption).

At the back panel is the huge 8MP camera and there’s a little protrusion at the bottom end (perhaps to give it a good grip) is where the audio speakers are placed. The entire back cover (for the battery compartment) has a rough mesh-type finish. Contrary to what we’ve posted before here and the specs that we’ve gotten earlier, the Galaxy S II unit that we’re using has a slightly lower specifications. It still even has the dual-core 1.0GHz processor instead of the recent announcement that it’s going to be 1.2GHz. That’s probably due to the fact that it’s just an engineering unit and not the final release.

The battery is also rated at 6.11Wh (and a voltage rating of 3.7V), which translates to roughly 1651mAh. That gives us about a full 2 days with mostly calls and SMS with light WiFi browsing. We’re not able to test out 3G usage since I could not figure out the settings (copied the one from the old Galaxy S but that didn’t work either). Based on the System Info App, here’s the partial internal specs of the unit we got:

That does not include the external SD card (A2SD) slot found at the back, behind the battery, which can accommodate an additional 32GB of storage. The Galaxy S2’s camera is among the best ones we’ve used and is at par with the likes of Nokia N8 and the iPhone 4. The camera takes great photos — images are crisp and well saturated. There’s far less blurry images since the shutter speed is quite fast. Oh, and it’s got an LED flash now, too! Would have been nice if they added a dedicated camera button. See sample shots taken below (or see full album here in raw). 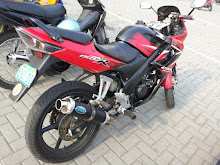 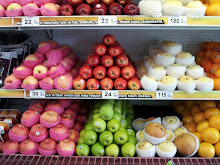 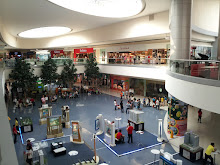 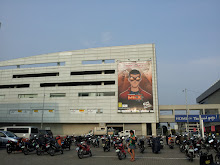 What makes it better than all the other cameraphones out there is that the Galaxy S II can record up to 1080p videos (full HD!) without even breaking a sweat. It can also play the 1080p videos effortlessly, something my 11″ Macbook Air is having a hard time to do.

The handset performs really well, thanks to the improved CPU, more generous RAM and graphics chip. Apps load faster, games run more smoothly and even web browsing is much more efficient and pleasant.

The Galaxy S II uses Samsung’s TouchWiz UI on top of Android Gingerbread. It comes with 7 panels or home screens and navigates just like the old Galaxy S. There are a number of very noticeable improvements, especially with the additional of more functional and eye-candy widgets (reminds me of HTC Sense). See video demo below:

I was not able to test out other integrated features such as 3G/HSDPA and WiFi-Direct due to compatibility in the settings. Samsung PR stressed that this is not the final unit which is the reason why we’ve encountered numerous system and app errors. Update: The Samsung Galaxy S2 will have a retail price of Php29,990.