Aside from the LG G6 and Huawei P10, new information has surfaced for the Samsung Galaxy S8’s big brother, the Galaxy S8+, courtesy of @evleaks. 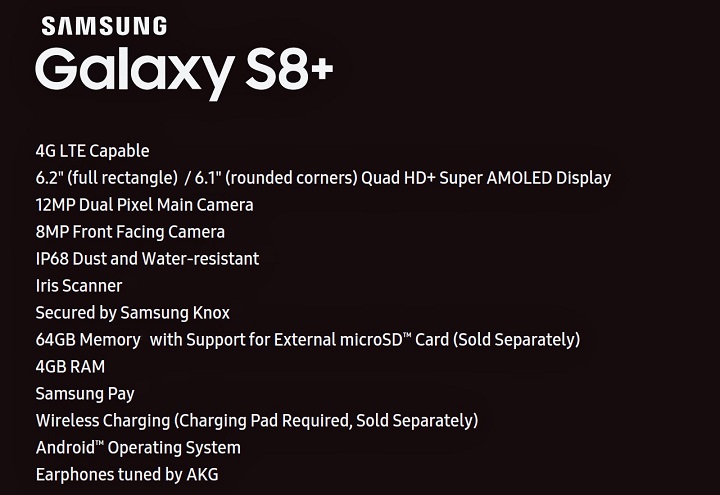