Towards the latter part of May, we’ve reported that Samsung is rumored to release the third iteration of the Galaxy Ace smartphone. And although we’ve expected a handset with lackluster specs, what surprised us is that an LTE version of this handset will be offered alongside the 3G one. 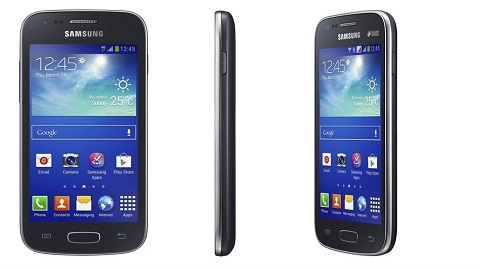 This entry-level handset sports a pretty basic specs sheet which includes a 4-inch WVGA display, a pair of cameras (5MP on the back and VGA on the front), 1GHz dual-core processor with 1GB of RAM and expandable internal storage worth 4GB. Powering all of these is a measly 1500mAh battery, which luckily is user replaceable.

As a consolation though for its uninspiring features, this dual-SIM handset will run on the latest version of Android and, as mentioned earlier, will be available in LTE variant. Moreover, it’ll be loaded with tons of Samsung’s home-brewed apps like S-Voice and Smart Stay.

One thing to note though between the two models, the aforementioned specs is for the 3G-only model. The LTE version receives a minor bump on its innards as seen in the specs sheet below:

There’s still no word about the handset’s pricing and availability, but judging from what we saw, we think it’s safe to say that it’ll be competitively priced. Probably somewhere along the likes of the HTC One SV (maybe even cheaper) which is also an affordable LTE-capable handset.