SKK Mobile has been very active on their Facebook page and one of the things they’ve been featuring is the yet-to-be-released Phoenix X1 which, as some of the teasers imply, is an octa-core smartphone that only cost less than Php6,000 on launch. 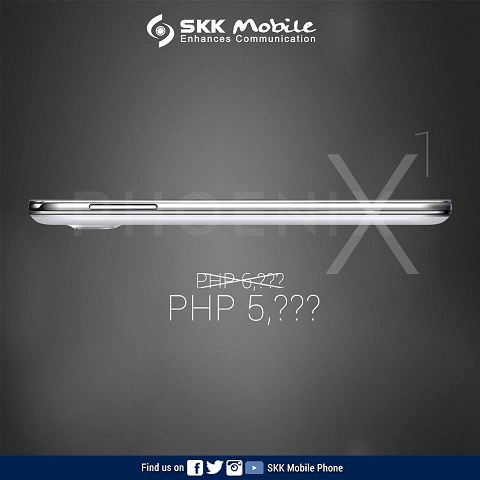 SKK Mobile has yet to officially launch the handset in the market, but a picture of what seems to be a flyer or the back of the Phoenix X1’s box gave us a glimpse of what to expect from this exciting new smartphone.

Here’s what we’ve got so far:

Judging by the recent activities on their Facebook page, we can probably expect SKK Mobile to launch the new Phoenix X1 in the coming weeks. If the company’s claim is to be believed, then this handset is going to be the cheapest octa-core smartphone in the local market to date.

It’s Php 5,499. Hopefully it really uses a scratch-resistant glass, and the real-world performance is as good as it looks on paper.

Is it true that SKK manufactures its own handsets and they are the same company as the SKK in China? Marian Rivera should be receiving a huge sum for her endorsement!