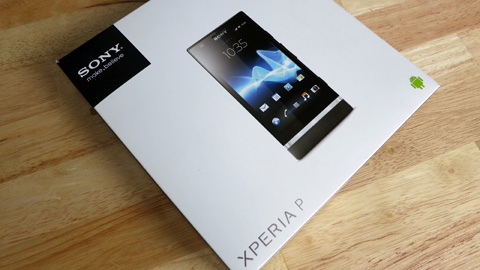 When Sony announced the NXT line (Xperia S, P & U) as their first batch of handsets post-Sony-Ericsson era, the proposition was simple — create a singular design pattern and break each one down by size and configuration. 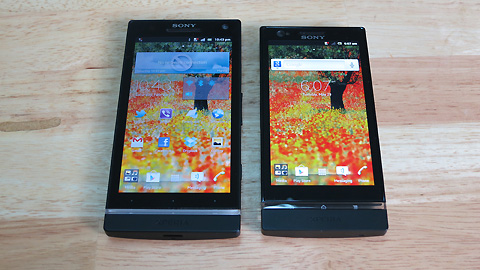 The rationale behind this design approach on all three Xperia handsets isn’t obvious but I would hazard a guess — that (1) Sony did not have enough time to make a new design after the divorce from Ericsson so they could only come up with a single prototype; or (2) Sony wanted to make a design statement and by making one unique yet identical design on all three handsets will easily help send the message across. 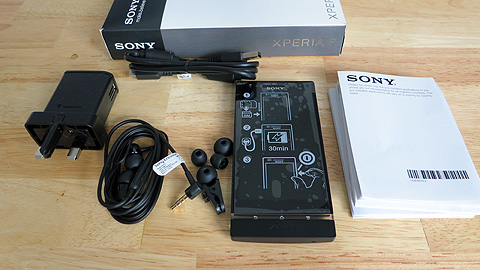 To get a better perspective of this review on the Sony Xperia P, go and read our Xperia S review first. Most of our comments on the design and form factor are exactly the same.

The Xperia P comes with a 4-inch screen, a display size that’s normally delegated to a majority of mid-range smartphones nowadays. Its solid, monolithic design reminds us of the Brivia HD TVs that Sony is very well known for. The smooth matte finish feels good on the hands and has enough texture to give you a good grip. 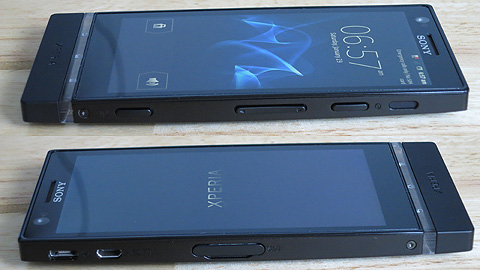 On the right side is where the speaker is found, along with the power button, volume rocker and a dedicated camera button.

The micro-USB and micro-HDMI ports are on the left side with the micro-SIM card slot hidden beneath pop-out cover.

At the back, the 8-megapixel camera is right smack in the middle with the LED flash just a few millimeters above it. 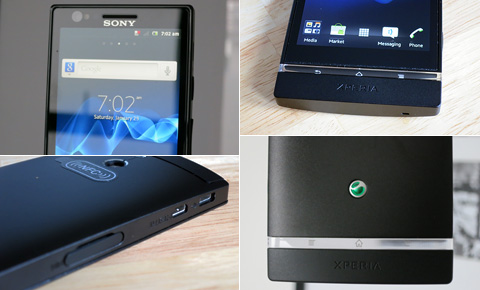 That signature piece of transparent strip of plastic at the bottom is also illuminated to show an etched icons of the Home, Back and Menu soft buttons. In the Xperia S, this strip is a bit translucent while the Xperia P got a bit more transparent piece.

One of the things we immediately noticed with the Xperia P is that the unibody design is actually made of aluminum and not the polycarbonate Sony used with the Xperia S. It gives it a bit of heft and solid feel.

With a 4-inch screen, the Xperia P reminds us of the Xperia X10 from 2 years ago, only way better. Aside from improvements in mobile processors, one of the most significant advances in mobile technology is the display. Even if you don’t have Super AMOLED Plus, Retina Display, or Super IPS+, the regular LCDs already look good on the handset. 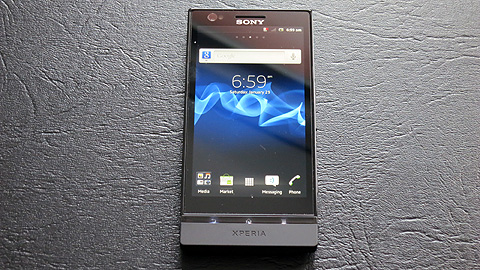 The display is bright and crisp, images are vivid and color saturation is fairly balance. At a resolution of 540×960 pixels, the Xperia P has a pixel density of 275 which is already pretty good. It’s not a dense as the 342ppi of the Xperia S but the Xperia P can still hold on its own (compared the the Xperia S though, the Xperia P didn’t have that much clarity). 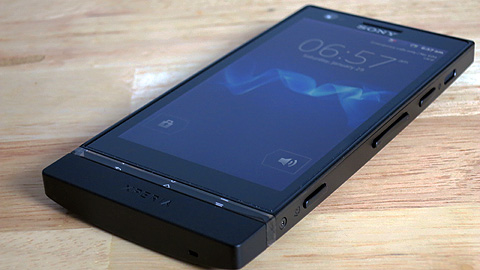 The OS, Apps and the UI

The handset comes with Android 2.3 Gingerbread out of the box. It would have been nice if Sony used ICS right off the bat (they promised Ice Cream Sandwich will be rolled out soon). 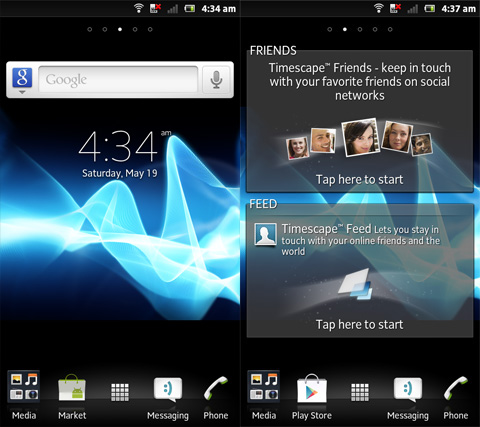 Sony still uses the Timescape UI and we still think that it’s one of the more good-looking and elegant custom UI out there (right close to the Sense UI). 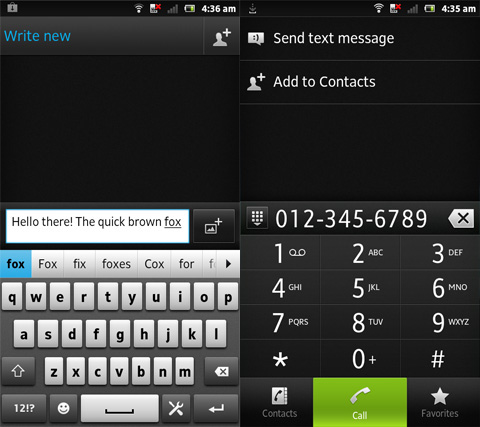 The stock Xperia keyboard is decent; each individual keys are well-spaced but the letters themselves are narrow so you’d bump into some occasional mis-types. You can set the default keyboard from the full-qwerty to the alpha-numeric though if you feel like using it.

If you’re more into swiping, gesture input is also available and built into the keyboard settings (you just need to activate it). 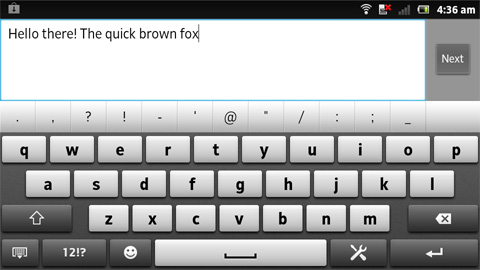 The landscape mode of the full-qwerty keyboard is much better with very well spaced letters and large keys. Because the size of the Xperia P isn’t that big, it’s actually very comfortable typing under this orientation.

Since the handset runs on Android, you have access to thousands of really useful apps and games from Google Play Store. You can even download custom themes or launcher (my favorite is Go Launcher EX) if you get bored of the Timescape UI.

One of the things we really liked about the Xperia P is the 8-megapixel camera that takes impressive photos and video. Images are crisp and clear, color saturation is balanced and the sensor can handle white balance and exposures really well. The photo quality here really reminds us of the 12MP camera on the Sony Xperia S.

Check out the photo gallery below for some samples of the photos we took using the Sony Xperia P.

Video capture is actually impressive — even at 1080p quality, the frame rates are high and you seldom see dropped frames. The clips are clear and crisp, color saturation is just right and auto-exposure works really great.

As mentioned earlier, the speakers on the Xperia P is placed on the right side. Sound quality is decent but the volume could have been a bit louder. Same goes when playing movies or videos.

Over-all performance of the Xperia P is very good. It’s snappy and responsive, plays all the heavy games you can download from Google Play (game play on Temple Run is very nice and smooth) as well as all of the HD videos you run with it.

As for the usual benchmarks that we do on all Android phones and tablets that we review here, the Xperia P score fairly good thought the numbers would hover in the 50% of most flagship handsets. 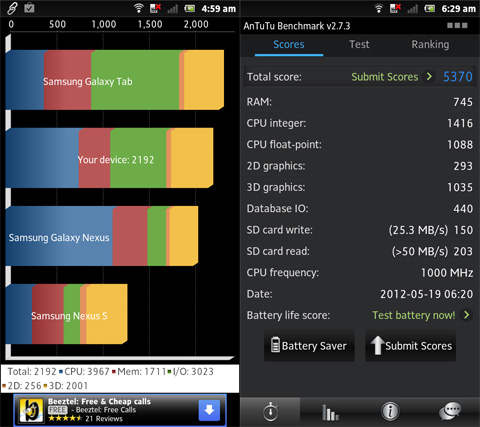 Our Quadrant Standard test gave the unit a score of 2,192 while in Antutu Benchmark, the score was a nice 5,370. As for the graphics performance, our NenaMark 2 gave it a score of 29.8fps. 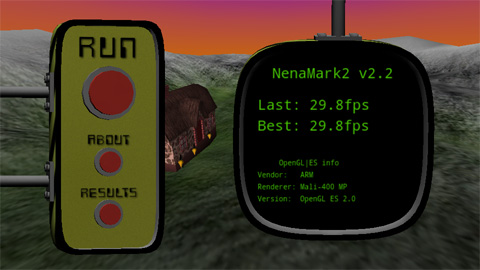 Keep in mind though that these are just numbers drawn from synthetic benchmarks and they don’t really reflect actual performance. What we can derive from here is its relative performance when compared to other handsets that went thru the same tests.

If there’s one thing we did not really like with the Xperia P is that the built-in battery is only rated at 1305mAh. We were expecting at least a 1500mAh rating or better. 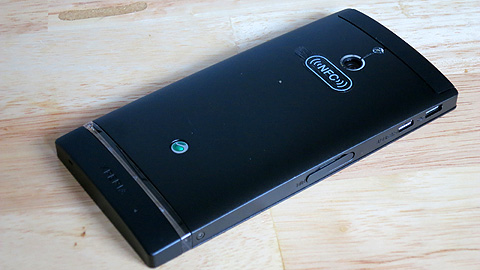 As such, our usage experience was a bit underwhelming in this department. If you’re lucky, you can survive the day on a single full charge. But, if you’re a moderate to heavy user, we don’t think you’ll last the day without recharging the handset back to full health.

Sony included some apps that features battery-saving mode to help conserve on power but that can only stretch the battery life depending on your usage behavior.

The Xperia P looks good on paper, even though it only sports a 1.0GHz dual-core NovaThor processor. However, we were a bit disappointed that the internal storage is only 16GB and there’s no option for expandable memory. Also, because of the unibody design, the battery is not user-replaceable. 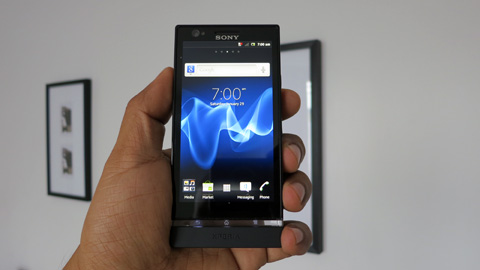 Micro-SIM card is slowly becoming the standard for a lot of smartphones lately and the Xperia P is one of them. The box comes with two NFC tags which you cna use to set custom settings to your phone just by tapping on them.

Call quality is good and the signal reception is even better. Sony placed a plastic sheet at the top corner of the back panel to allow radio signals to pass thru the handset with less interference. 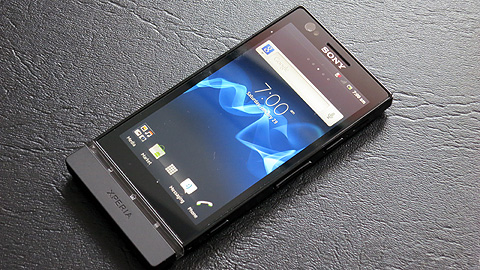 What we did not like:
â— So so battery life
â— No expandable memory
â— A little on the expensive end