Sony initially introduced the Xperia XA1 Plus last August at IFA 2017. It is the big brother of the Xperia XA1 but with better specs. Will this smartphone be one of the formidable mid-range devices out on the market today? Let’s find out in our full review down below. 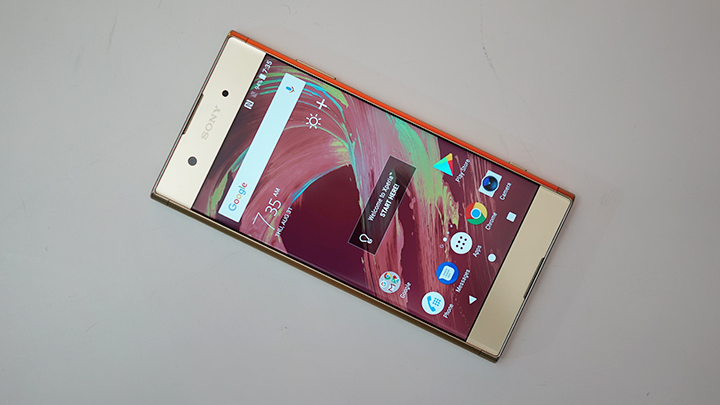 Up at the front is the 5.5-inch IPS LCD display at 1920 x 1080 resolution. It has a thick bottom and top bezels which is not surprising with every Xperia devices out on the market but its thin side-bezels is appealing to look at.

Up top are the 8MP front camera shooter with LED notification light, sensor, and the speakerphone. 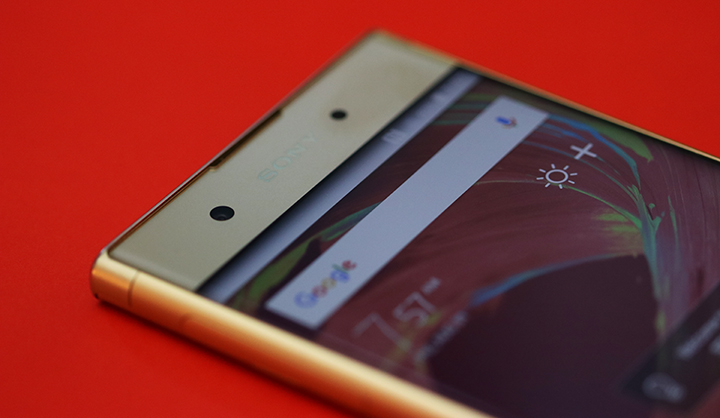 Down at the bottom, we have the on-screen navigation buttons and the main microphone. Perpendicular to the main mic is where the USB Type-C and the loudspeaker with ClearAudio+ tech are located. At the top side of the devices is the 3.5mm audio port with the secondary noise-cancelling microphone just beside it. 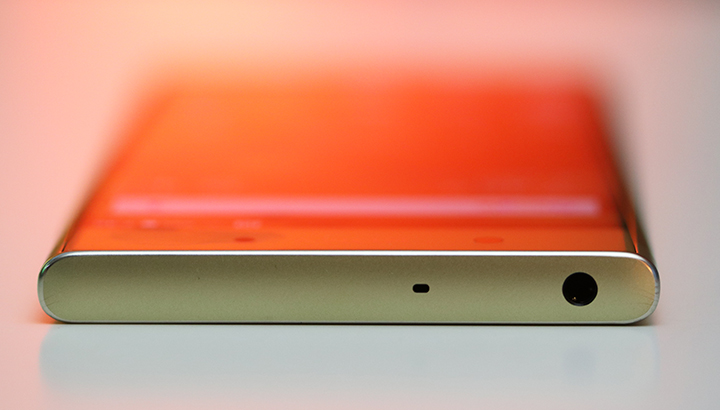 On its right side are the volume button, Xperia’s signature power button which also serves as the fingerprint scanner, and the dedicated camera button for easy launching and capturing. 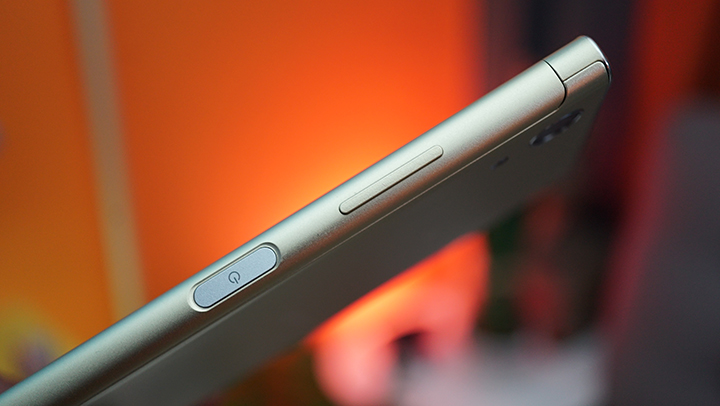 On the left, we see the lone dual-sim card slot with a dedicated microSD card slot. One thing to note is that there is no need for sim ejector tools to open it up, however, upon ejecting or placing sim cards on the tray will cause the smartphone to automatically restart which is unusual for a 2017 smartphone. 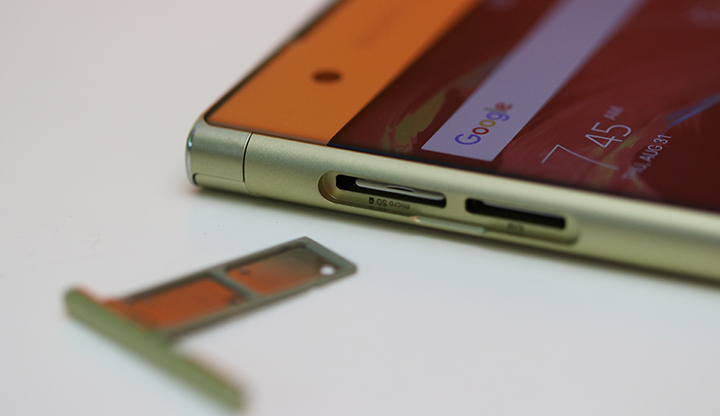 Flipping at the back of the smartphone, we will the powerful 23MP rear camera coupled with an LED flash. Placed almost at the center is where the NFC is located. 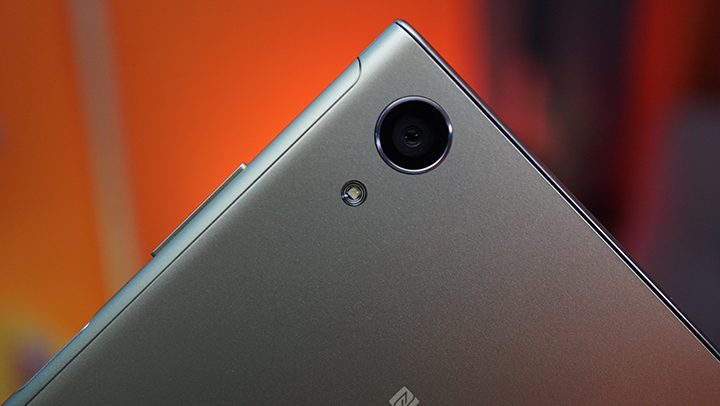 The XA1 Plus has round edges which make it sexier to look at. On hands, it feels smooth and premium with its all-metal unibody design. It is slightly heavy but still manageable.

The XA1 Plus has an IPS LCD display which gives more natural, rich, and vibrant colors. On top of that, it also gives good viewing angles, color accuracy, and color reproduction. Under direct sunlight, the XA1 Plus is still operable when brightness is put maximum level. When playing videos, there’s no problem with a full HD video playback as it is smoothly playing on the smartphone without lags or frame drops.

For its screen durability, we have accidentally dropped the device screen-first but upon checking, no scratches or marks have been inflicted. 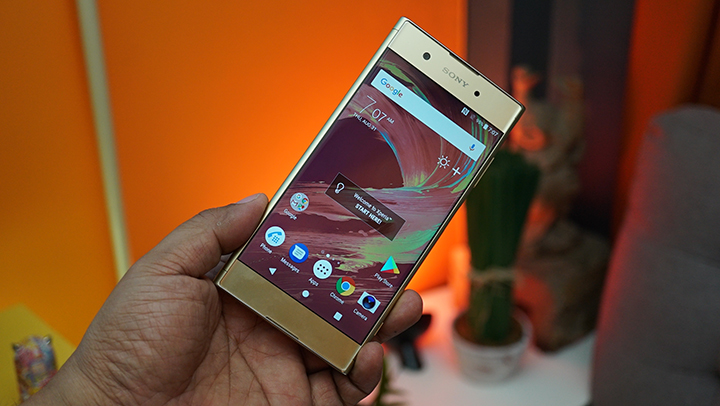 For sound quality, what we actually liked with its loudspeakers is that even at full volume. The audio playback is loud, clear, and crisp. The bass is also loud enough to neutralize the trebles upon playing a song.

The XA1 Plus runs on Android 7.0 Nougat with an almost Stock Android UI and some customized apps installed. Some of the pre-installed apps from Sony include Album, Music, Video, Lounge, and What’s New. An AVG Protection trial application is also installed so users wouldn’t worry much about getting a virus on their smartphone. Facebook, Spotify, and Amazon Shopping are also pre-installed out of the box. 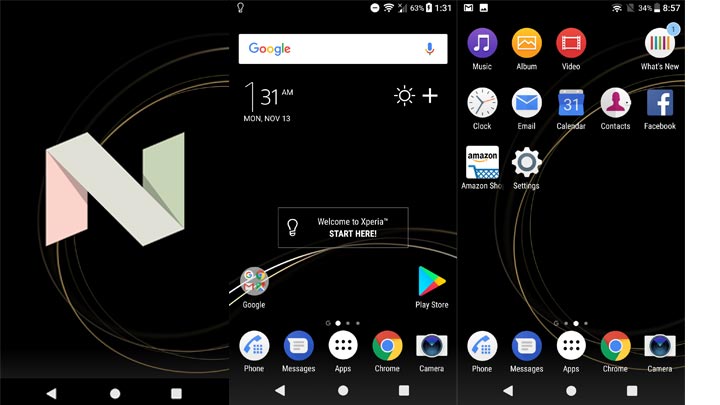 Sony kept the User Interface simple and as close to stock as possible. Doing a long press on the home page will bring out the options for changing wallpapers, themes, transitions while users can also add widgets or go directly to the Home options. 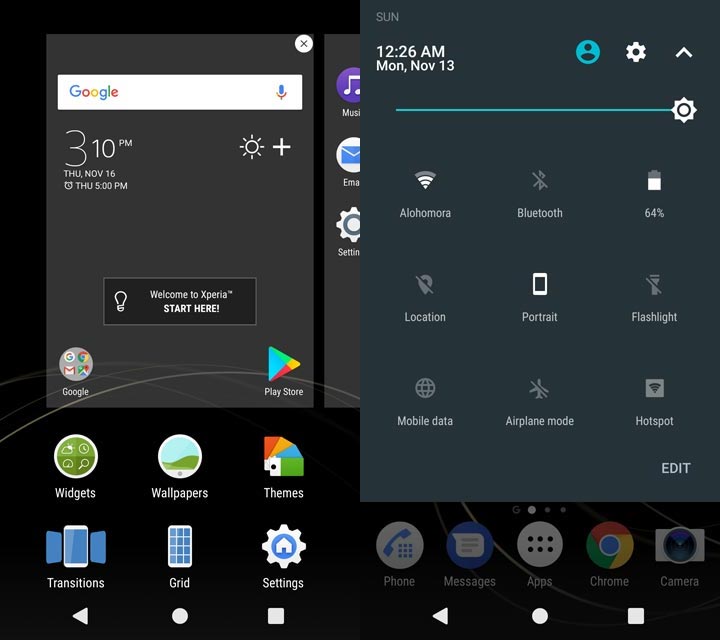 One unique feature of this smartphone is its ClearAudio+ technology in which the device will automatically adjust the sound enhancement settings for users’ enjoyment. Out of the 32GB that the smartphone possesses, there are 21.58GB of available internal storage for users to use. If that is not enough, there’s a dedicated microSD card slot for users who would like to add more storage on the device.

Moving on to its camera department, the rear camera shooter has a 23MP 1/ 2.3-inch f/2.0 Exmor RS with Hybrid AutoFocus, a 24mm wide-angle lens, HDR mode, and SteadyShot. The front camera, on the other hand, has an 8MP 1/4-inch f/2.0 Exmor R front camera with a wide-angle lens, HDI, and SteadyShot. When taking photos, both the rear and front cameras are responsive enough on calibrating the focus and lighting of the environment.

There are 4 main modes for the rear and front camera: Manual, Superior Auto, Video, and Camera Apps. For manual mode, the rear camera includes the adjustments for Focus, SS, EV, and White Balance while the front camera only has EV and White Balance. Pressing the settings option, users can choose to adjust the ISO and resolution or enable HDR, Object tracking, and many more. 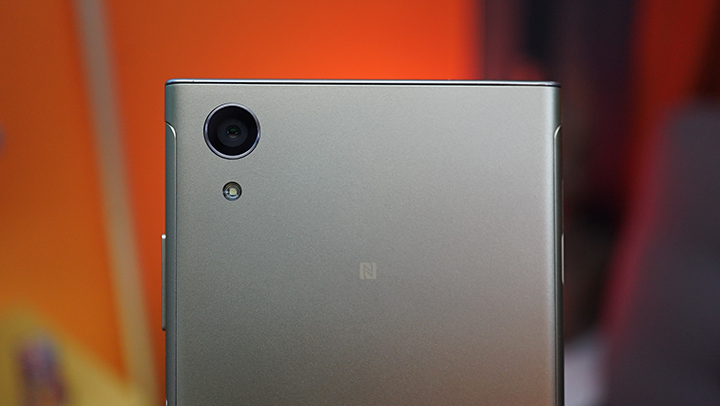 The photos produced by taking the rear camera shots are good and detailed. The images turned out sharp when the camera is focused on the subject. The photos that are produced under low-light conditions are also decent and still provides good detail on the subject and environment. Also, thanks to its 24mm. wide-angle lens, the coverage of taking photos is wider than usual.

For the selfie shots, the 8MP front camera did a decent job in daylight conditions since photos are clear and color accurate. However, under low-light conditions, the camera is having a hard time focusing on the subject and the photos that are produced are somewhat more grainy than usual.

Under the Camera Apps mode, there are some sub-modes that users can enjoy such as AR effect, Creative effect, Sound Photos, Panorama, and Timeshift burst.

For its video, the XA1 Plus can take videos up to 1080p resolution and at 30 fps. Check out our sample video below.

Checking out XA1 Plus’s chipset, it has the MediaTek Helio P20 processor with a clock speed of up to 2.3GHZ, a Mali-T880 GPU, and a 4GB RAM. Performance-wise, common navigation and executions of applications are smooth and responsive. We encounter some response lags but it only happens when there are a lot of applications running at the same time consuming the 4GB RAM that it has. Regardless, these lags are only for a split second which poses no problem for users. We have also tested the smartphone via synthetic benchmarking tests and here are the scores that we got:

For gaming, we have tried out light to moderate games such as Candy Crush Saga, Clash of Clans, Arena of Valor, and South Park: Phone Destroyer. All of them produced smooth gaming experience without frame drops even at highest graphics settings. For heavy games like Iron Blade and Asphalt 8, it is visible that there are frame drops and cannot even reach 60fps at highest settings. However, it is still tolerable and users can still manage to play on it without having much irritation or distraction from the frame drops and lags. 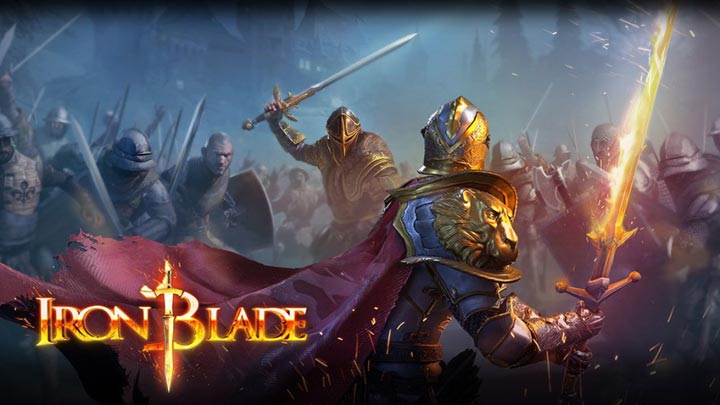 In addition, the smartphone has an excellent heat management upon playing games. It warms up but not to a point where the device is intolerable to a user’s hands.

The smartphone has 4G LTE, WiFi 802.11 that supports 1/b/g/n, Bluetooth 4.2 with A2DP, GPS, and NFC. During usage of mobile data on the device, we didn’t experience any drops in connectivity from it as long as we are inside the range of the network provider’s signal. As for its call quality, it’s good and clear. Navigation via GPS is not a problem as well since it is performing smoothly when we tested it in Google Maps, Waze, Uber, and Grab.

As for the smartphone’s sensors, three are not present namely Temperature, Gyroscope, and Pressure sensors. 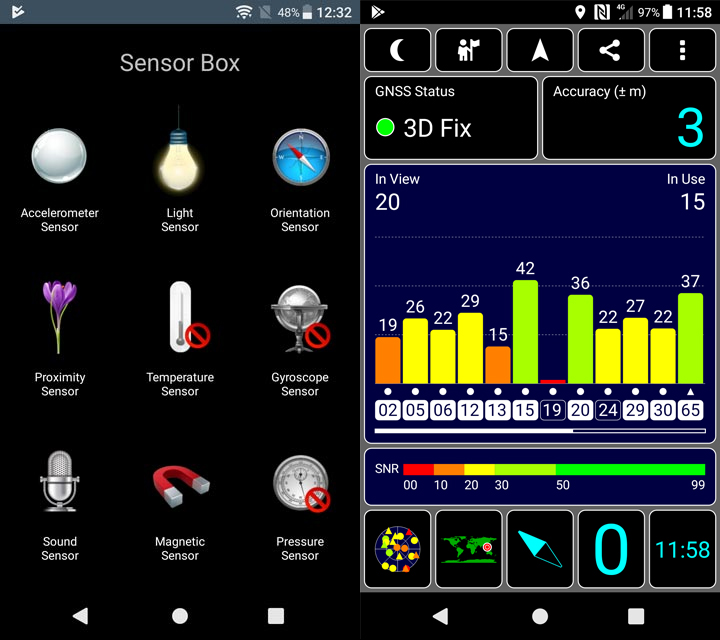 The XA1 Plus is powered by a 3,430mAh battery with Quick Charging through Pump Express+ 2.0 and Qnovo Adaptive Charging. During our Video Loop Test with 50% brightness and volume, the device lasted for 15 Hours and 27 Minutes before being completely drained. This result is quite impressive since the usual mid-range smartphones can only last for about 8 hours to 12 hours. Note that when we tested the smartphone on PCMark’s battery test, the application keeps crashing halfway through. 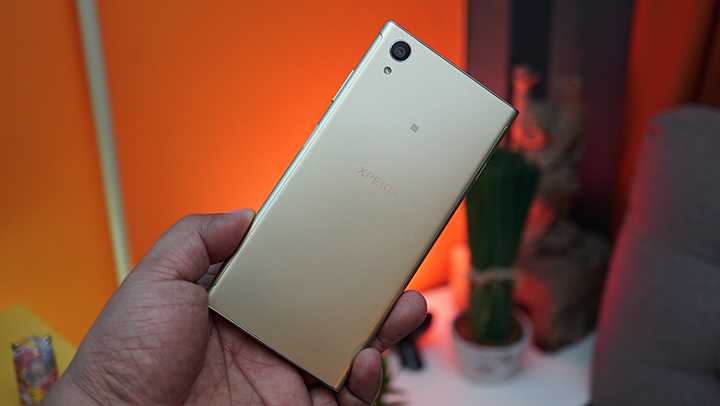 From 0-100 percent, the device completed its charging in less than 2 Hours. Considering it has a Qnovo Adaptive Charging and Quick Charging tech, the charging time is quite slow on our end.

The Sony Xperia XA1 Plus proves that it can go toe-to-toe with today’s standard of new smartphones. Aside from its solid build quality and simple yet premium design, the Xperia XA1 Plus has a decent overall performance, a long-lasting battery life, and good camera quality. Heat management from the device is fairly efficient. Personally, this is one of the recommended smartphones today that can be chosen as a mid-range device by users. 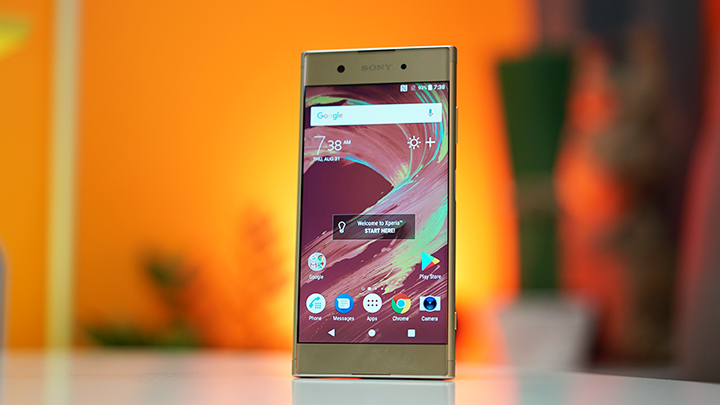 With a suggested retail price of Php16,990, Sony has consistently delivered a good balance of offering for the Xperia XA1 Plus. We only wish it had IP67 water-resistance feature and it would have been a great all-around mid-ranger.

What we didn’t like:
* Thick top and bottom bezels
* Slightly outdated processor
* No gyroscope