HTC recently announced its flagship Android smartphone — the HTC U11. One its main competitor in the high-end handset game is the Samsung Galaxy S8. Can HTC’s choice of weapon match what others are offering? Here’s a quick comparison of the two. 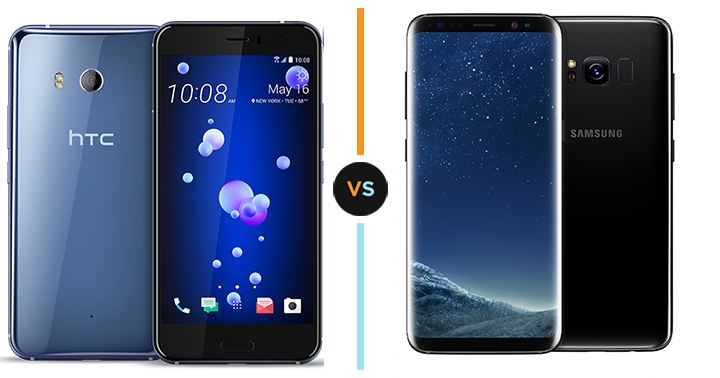 Looks like HTC and Samsung have different ways of defining the 2017 flagship segment. Samsung pushed its curved AMOLED panel to another level to come up with the Infinity Display. The South Korean company was able to fit a bigger display in a smaller body. HTC, on the other hand, went a bit traditional when it comes to its display but they still blessed it with a Quad HD panel for that crisp picture we always wanted.

What really sets HTC’s offering from the Galaxy S8 or even other phones is its Edge Sense technology. For HTC, this is the new technology they wanted to show the market. Rather than relying on just touch, you can send a command to your phone by squeezing it. It’s not exactly innovative but it’s really unique to HTC U11.

Camera-wise, they both have the same 12MP Dual Pixel camera with a bright f/1.7 aperture. Although, DxOMark marked the HTC U11 to have the best mobile camera based on its tests and findings.

As for of personal assistants, HTC partnered with Amazon to put in Alexa to its smartphone while Samsung has Bixby, it’s very own homebaked AI. The rest of the features leans towards the Galaxy S8 since Samsung likes to give everything it can put on its flagship device.