Vivo’s new entry-level smartphone with a 6-inch 18:9 display, Snapdragon 425 CPU, up to 3GB RAM, and Android Oreo, the Vivo Y71, is now in the Philippines. There’s another smartphone though that packs similar features and also carries a competitive price tag, the Xiaomi Redmi 5. Check out which one is better on paper in our specs comparison below. 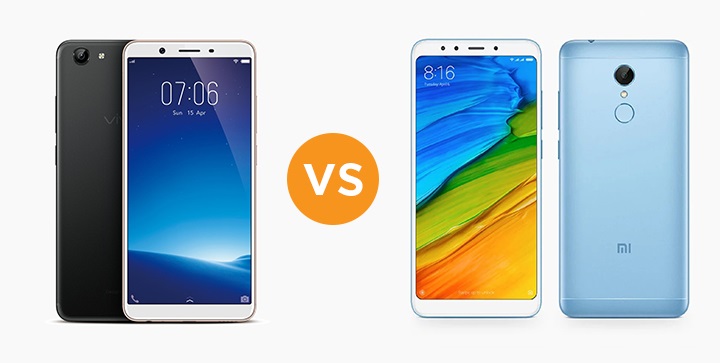 The Y71 and Redmi 5 have their own merits. The two devices sport 18:9 aspect ratios with HD+ resolutions but differ in screen size. The Y71 has a larger display which will appeal most to users who want the most screen real-estate possible. The Redmi 5, however, has a higher pixel density count which is attributed to its smaller screen.

The Y71 also has the advantage when it comes to expandable storage. Not only it can support up to 256GB microSD cards, it also has a dedicated slot which keeps the dual-SIM card slots available for use. The Redmi 5, on the other hand, has a hybrid tray setup but makes up for it for having up to 32GB storage as opposed to the 16GB found on the Y71.

When it comes to imaging resolution, the two devices are close but the Y71 has a slightly higher megapixel count at 13MP but not by a mile as the Redmi 5 has a 12MP shooter. As for the front camera, both sport 5MP cameras.

As for the performance, the Redmi 5 is the clear winner for having a more powerful Snapdragon 450 chipset, meaning if you’re into gaming, this phone will provide you with better performance. The only downside is that the software runs on Android Nougat. The Y71’s Snapdragon 425, on the other hand, will suffice for basic tasks and light gaming. It also has a higher battery capacity and runs on Android Oreo out of the box.

As for other features, the Redmi 5 wins for having an Infrared blaster which is handy if you need to control some appliances at home. It also has a fingerprint scanner which is an advantage as it gives your device an added layer of security.

Lastly, the price, the Vivo Y71 starts at Php7,990 for the 2GB RAM model and Php8,990 for the 3GB RAM. The Xiaomi Redmi 5, however, comes at a lower Php7,790 for the 3GB + 32GB model (Lazada), while the 2GB + 16GB is at Php5,990 (Shopee). This means, if you have a tighter budget but want the best performance and features in a smartphone, the Redmi 5 is the best option. But if you require a dedicated microSD card slot, higher battery capacity, and Android Oreo, the Y71 is your next bet.