TECNO Mobile and realme recently brought their budget smartphone offerings in the Philippines sporting the same MediaTek Helio G85 processor: the TECNO Mobile POVA 2 and the realme C25s. Which one looks better on paper? Find out in our comparison below! 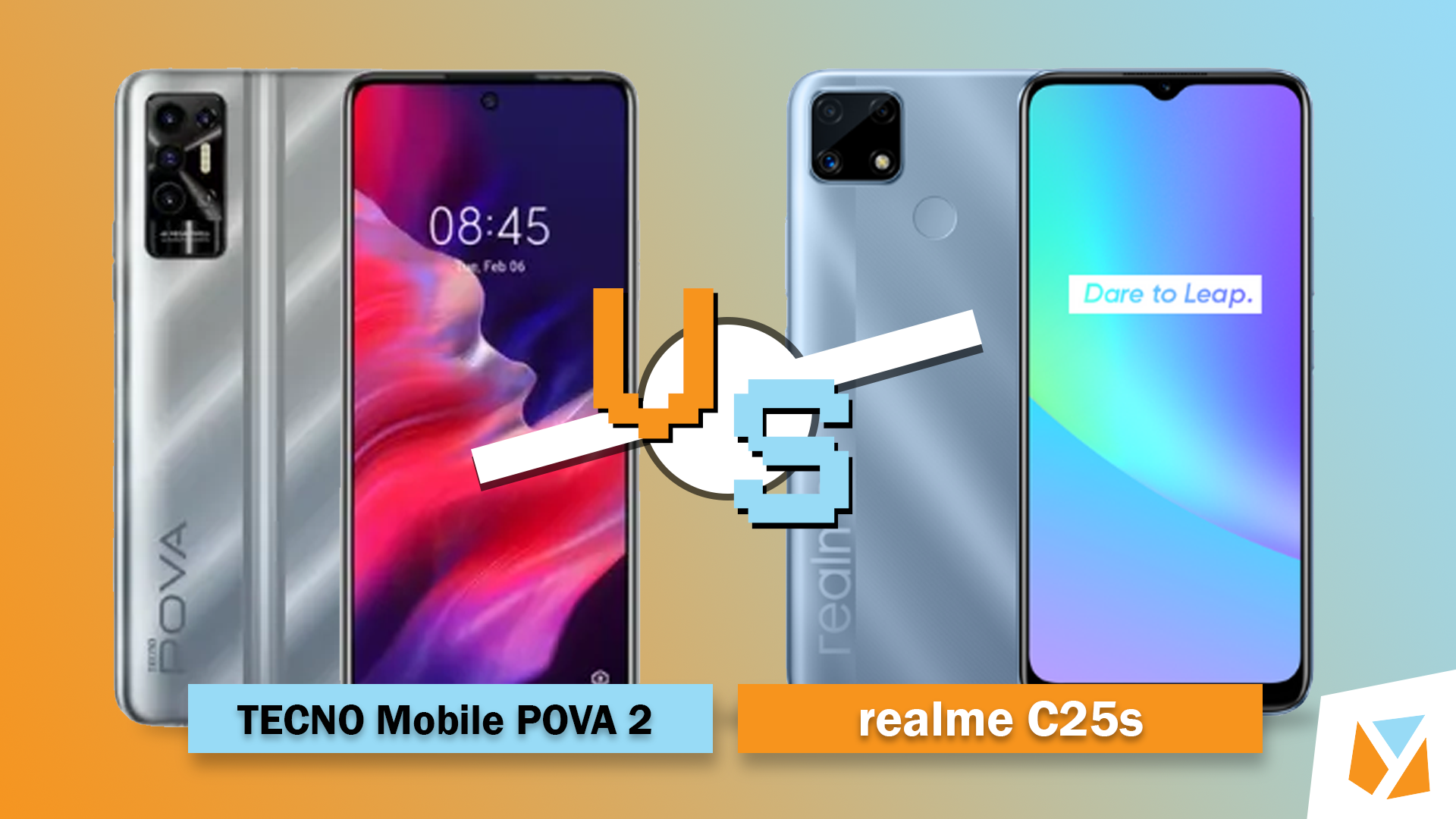 The first thing one notices from a phone is its display size. With that in mind, the TECNO Mobile POVA 2 triumphs over the realme C25s’ 6.5-inch display with its larger 6.9-inch size. Furthermore, the TECNO Mobile Pova 2 also has an advantage in resolution with its FHD+ screen compared to the realme C25s’ FHD. Moreover, the former takes the cake with its 180Hz touch sample rate for a snappy experience in gaming and video consumption.

Powering these two smartphones are the same Mediatek Helio G85 CPU and the Mali-G52 GPU, so we can expect the same level of performance on both. However, do note that we can only determine the extent of their performance and thermals once we have both units for a review.

For the camera department, the TECNO POVA 2 is much versatile with its quad-camera configuration as compared to its competition’s triple-configuration. Both smartphones are equal with their 48MP main camera, but the TECNO Mobile POVA 2 has a dedicated depth camera and QVGA AI camera. On the other hand, the realme C25s has a dedicated B&W camera.

Take note, though, that these numbers don’t always equate to quality. We will provide proof of which camera is better once we test both units for a closer comparison.

Both smartphones feature dual-SIM, 4G LTE connectivity, USB-C, Wi-Fi 5, Bluetooth 5.0, and a 3.5mm audio jack. The only difference in the TECNO Mobile Pova 2 is its support for NFC. While the realme C25s has TÜV Rheinland Certification for its quality.

The TECNO Mobile POVA 2 wins the battery category with its huge 7,000mAh battery compared to the realme C25s’ 6,000mAh. However, the latter fights back with its reverse charging capabilities—giving a little juice to friends who may need it. As for the battery life, we’ll know once we have reviewed both units.

Although both smartphones have their advantages, the TECNO Mobile Pova 2 outshines the realme C25s with features such as a larger FHD+ display, an 180Hz touch sample rate, higher RAM, dedicated depth and QVGA AI cameras, NFC support, and a huge 7,000mAh battery.

However, we shouldn’t also forget that the realme C25s has TÜV Rheinland Certification, a dedicated B&W camera, available storage options, and reverse charging support, which could also be essential features for some users. But we recommend spending an extra PHP 500 and get the TECNO Mobile Pova 2.