Vivo has yet to officially announce the V17 Pro, but we can now have a good look at it thanks to these live photos. Sent to us by a reliable source, the V17 Pro has an almost full-screen display, with no notches or punch-hole cameras on the panel. Instead, the device has a pop-up module that houses a dual front camera setup. 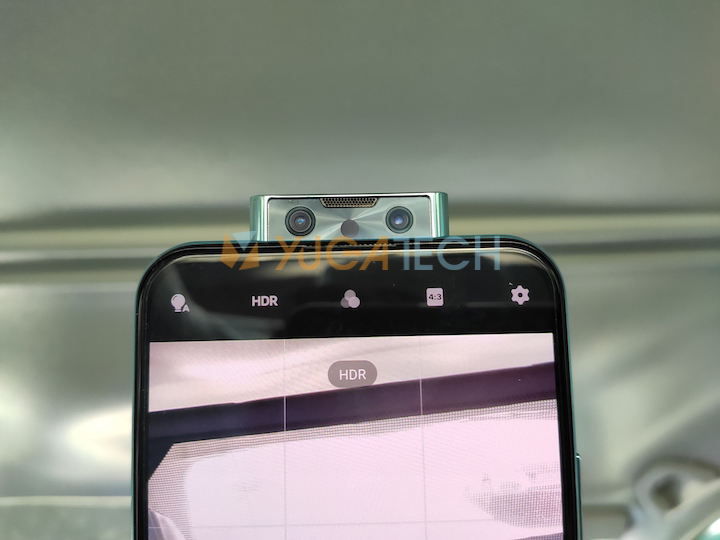 On the rear, the device has quadruple cameras, placed on the upper center. The cameras are stacked vertically, with the LED flash separating two snappers from the other two. In the photos, the V17 Pro seems to have a mint green colorway. The photos are consistent with the teaser posted on Vivo’s official Facebook page. In the teaser, the words “It takes 6 to make your shot a hit,” allude to the dual front cameras and the quad shooters sitting on the rear. As mentioned, Vivo has yet to officially announce this smartphone. Stay tuned for its specs, pricing, and availability when Vivo finally launches the V17 Pro.