Vivo is rumored to release the X20, a new flagship that follows this year’s current trend of near bezel-less aesthetic and it has been proven with the release of two posters promoting the World Cup in Russia next year. 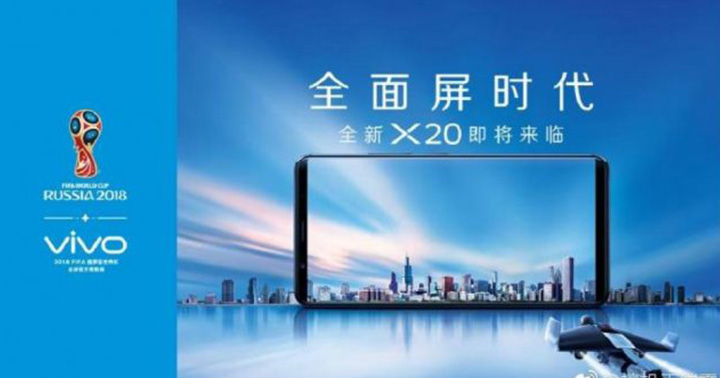 The image depicts a smartphone that screams an end-to-end display experience at the front, with the phrases ‘The Era of Full Screen’ and ‘Vivo X20 coming soon’. The Chinese company is now working hard to promote its newest flagship even before release, considering competition coming from different fronts.

As rumored in cyberspace, the Vivo X20 will sport an under-display fingerprint scanning technology which the company had developed in partnership with Qualcomm to accommodate the near bezel-less design, though other details are quite sketchy as of this time. We’ll keep tabs on this new Vivo smartphone and update you as we get it.