After previously revealing the Vivo X5 Max which became the world’s slimmest smartphone, the upcoming Vivo X5Pro is now shaping up to feature tech that looks like it came out of a sci-fi movie. It is expected to arrive with a retina scanner, 32MP front camera, and more. 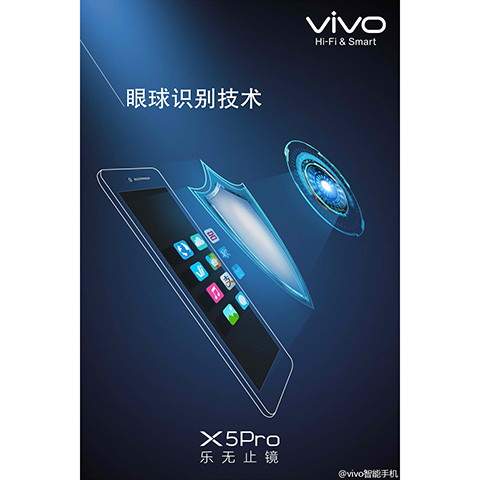 Coming from company teasers, the new Vivo X5Pro has been revealed to utilize a 2.5D glass on its display as well as a front camera that takes 32-megapixel photos —  although it’s most likely a product of image stitching. 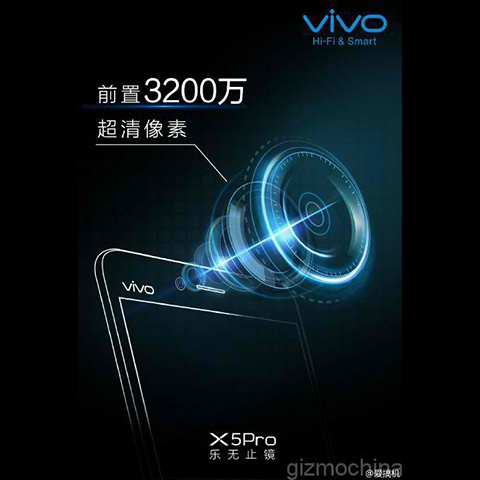 Another feature that is still quite new in smartphones is a retina scanner that should prove to be more secure than fingerprint sensors. In addition, the rear camera was said to have a “faster than iPhone 6” Phase Detection Auto Focus. Gizmo China also reports that the latest image leak of the device shows a glowing logo with a USB Type-C port situated under it. 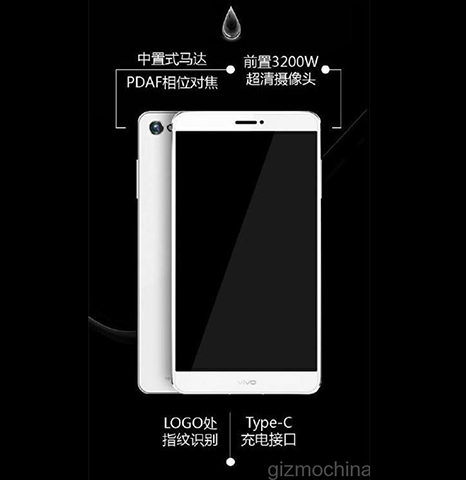 As for the rumored specs, we could be seeing the X5Pro with a Snapdragon 615 octa-core processor and 3GB RAM under a 6-inch display. Android Lollipop should be running the show together with the company’s Funtouch UI while a 3500mAh battery backs it up.

The company will be announcing the new handset this coming May 7. Until then keep it locked here as we’ll be sure to bring you the latest updates.