Xiaomi has finally released the Mi 9, the successor to its last year’s flagship device. We took it for a full review to see if this device is worthy enough to stand up against other flagship devices at half the cost. Read on!

As a flagship device, the Xiaomi Mi 9 feels high-end and premium in the hands. It has a glass back that’s slightly curved, allowing it to rest comfortably in your palm. As it has a glass back, of course, it’s an absolute smudge magnet, and if that’s something you can’t stand, it’s recommended that you use the clear case included in the box. Xiaomi described the Mi 9’s design as holographic, however, the unit we have on hand comes in the Piano Black color, so we don’t really see that effect unless you look at it from specific angles.

The Mi 9 has a screen with slim to almost no bezels surrounding it. It’s an upgrade from last year’s Mi 8 that had a heftier chin. The device does have a teardrop notch where the front camera resides. It comes protected with Gorilla Glass 6 so individuals with slippery or clumsy fingers need not worry about accidentally breaking the screen immediately.

Located on the rear is the device’s triple-camera setup, neatly stacked together. One of the lenses on the back is accented with a holographic ring, and the effect is delightful to see when the light hits it. The cameras are slightly raised and not totally flat on the phone’s rear. Setting the Mi 9 on a flat surface will have the device wobble a little due to that.

Situated on the right side are the volume and power buttons. Both are easy to reach and are clicky when used. On the left side sits the Mi 9’s dual SIM tray and there’s also a dedicated Google Assistant button a few spaces below that.

Up top, the Mi 9 sports an IR blaster. Meanwhile, at the base, the Mi 9 has the speaker grilles occupied by a single speaker, microphone, and the USB-C port. There’s no 3.5mm audio jack for this device, but it does include a 3.5mm to Type-C adapter in the box. The Mi 9 has no IP rating, so take caution when handling the device near liquids or bodies of water.

The Mi 9 has an AMOLED FHD+ screen that measures at 6.39 inches. It’s an absolute treat to watch videos and movies on the Mi 9 as the display has great contrast and the colors come out vibrant. Scrolling through social media, browsing the photo gallery, and even just swiping around the home screen is pretty much pleasing to the eyes.

The device also has an optical in-display fingerprint sensor. Enrolling fingerprints wasn’t much of a hassle and only took a couple of moments. I did find though that a firm press of the finger on the scanning area is needed for it to work well. As for face unlock, it’s quick, accurate, and consistent. A lot of times, I didn’t even need to raise the Mi 9 right in front of my face for it to unlock.

One downer about the Mi 9 is its audio quality. It’s loud but also, the lows are missing, resulting in high, tinny sound quality if the volume is pushed up to the maximum level.

The Mi 9 is equipped with a 20MP front camera that resides in the teardrop notch. At the back, it has a triple-camera setup, namely a 12MP telephoto camera, a 48MP primary Sony IMX 586 sensor, and a 16MP ultra-wide angle lens. Let’s take a more in-depth look into them.

First up is the 20MP selfie camera. It produces color accurate, strong, and impressive selfies. Switching the beauty mode on, the Mi 9’s post-processing gives subjects smoother skin without it looking unnatural. There are also bokeh effects, and we find that it does a wonderful job isolating the subject from the background. 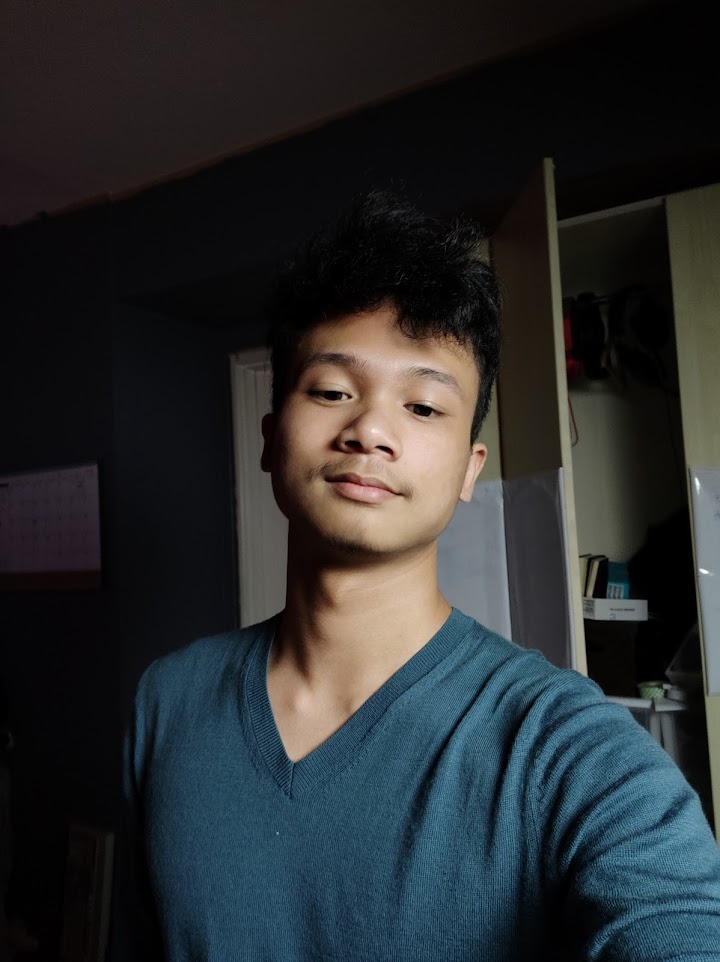 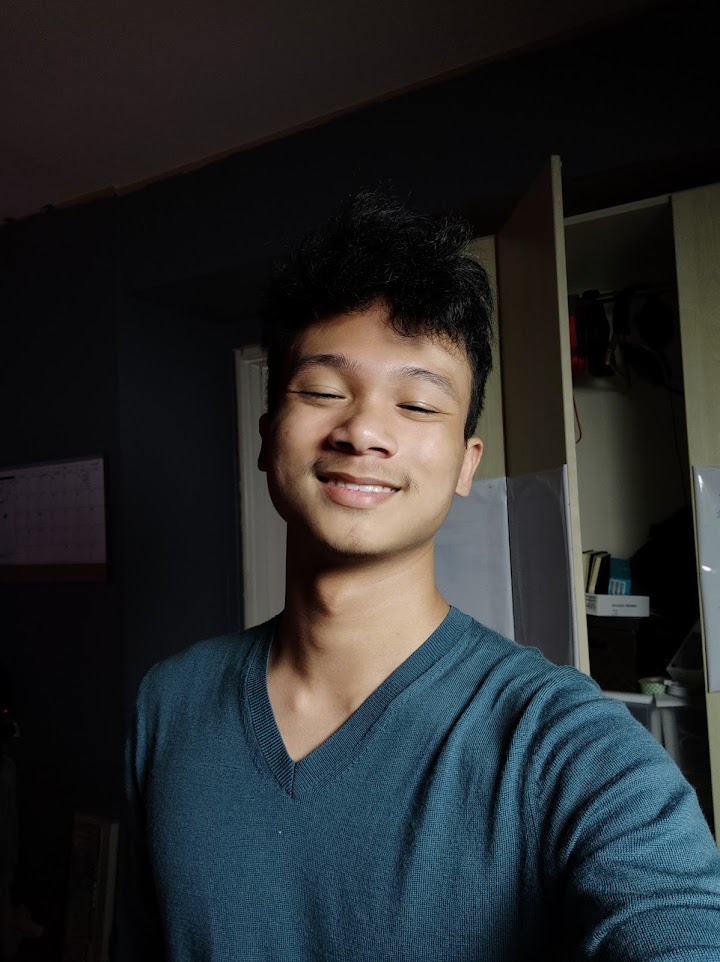 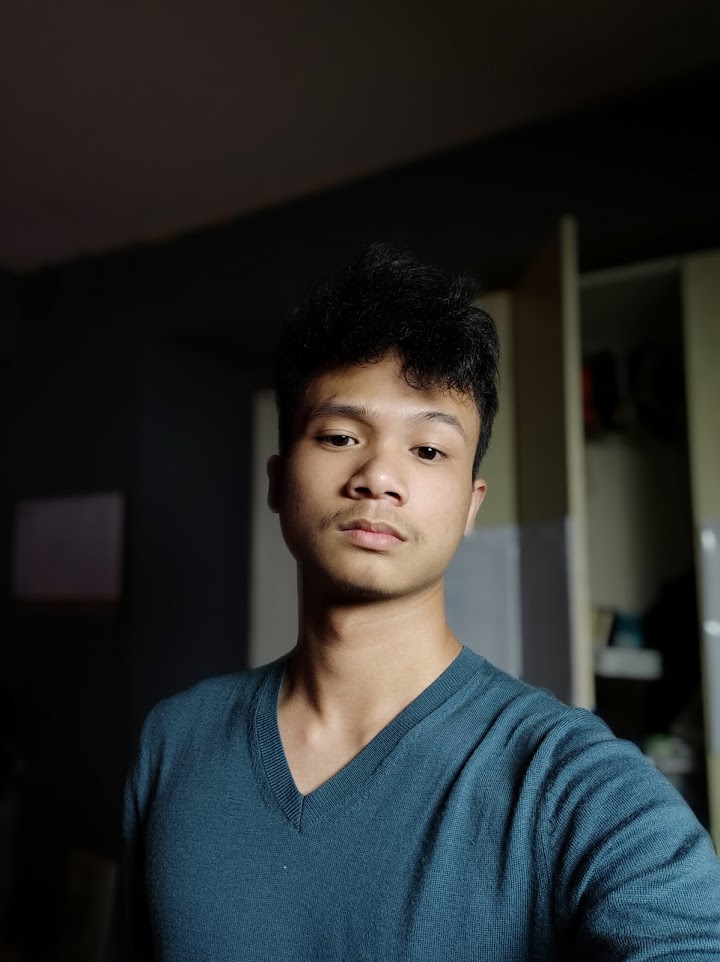 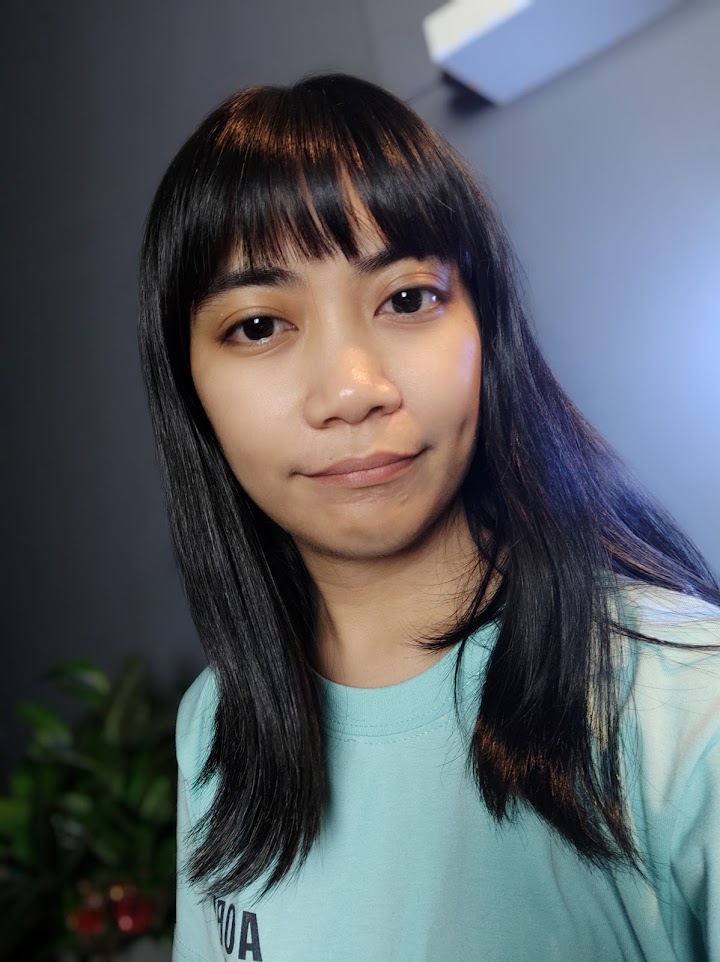 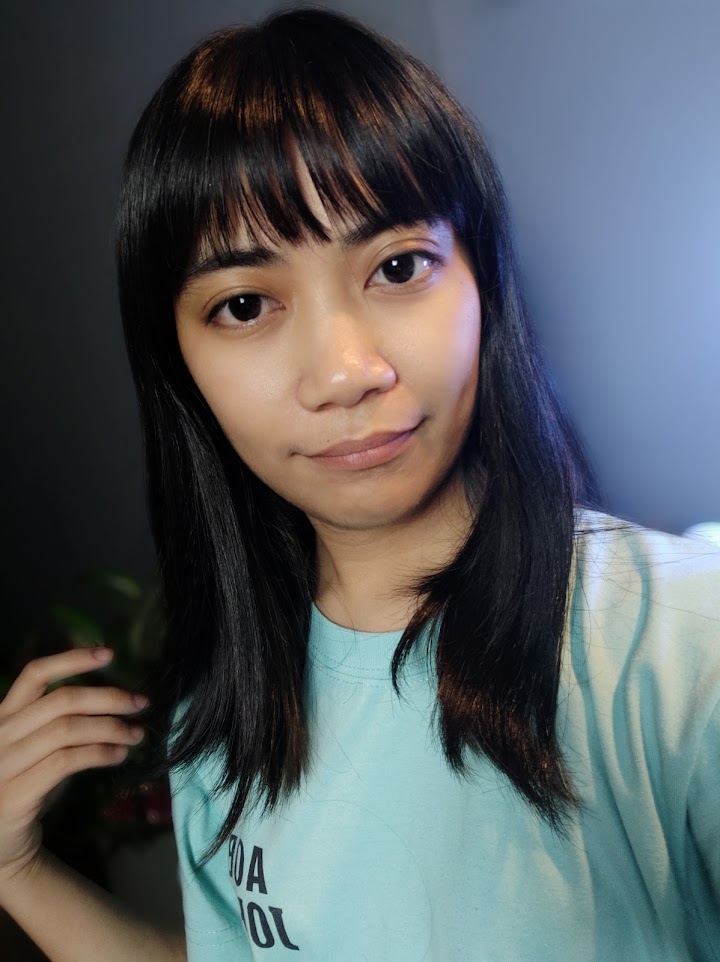 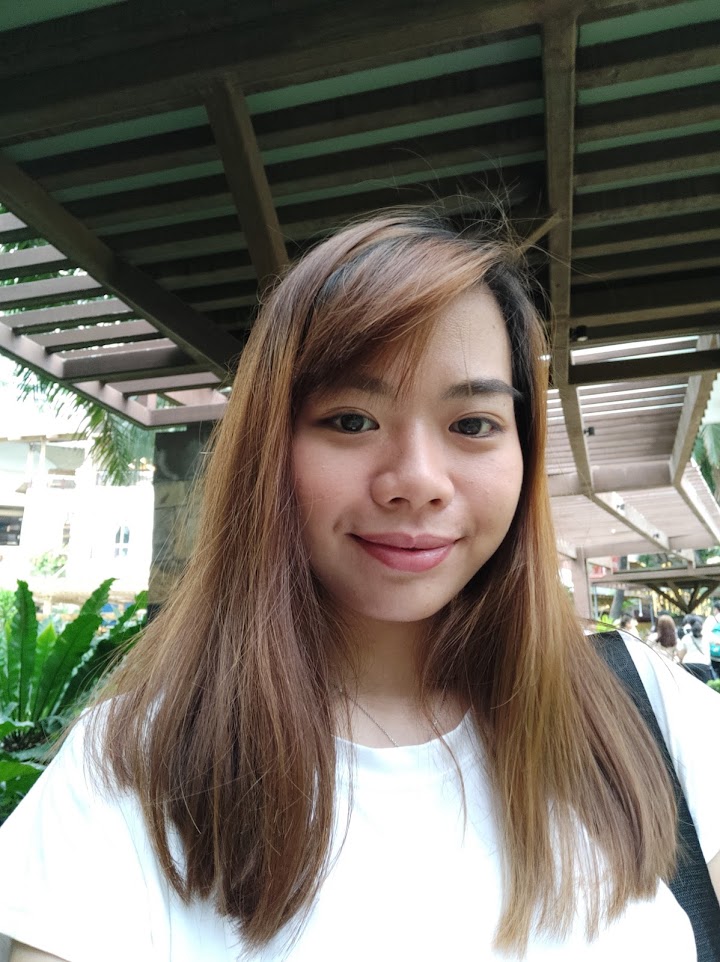 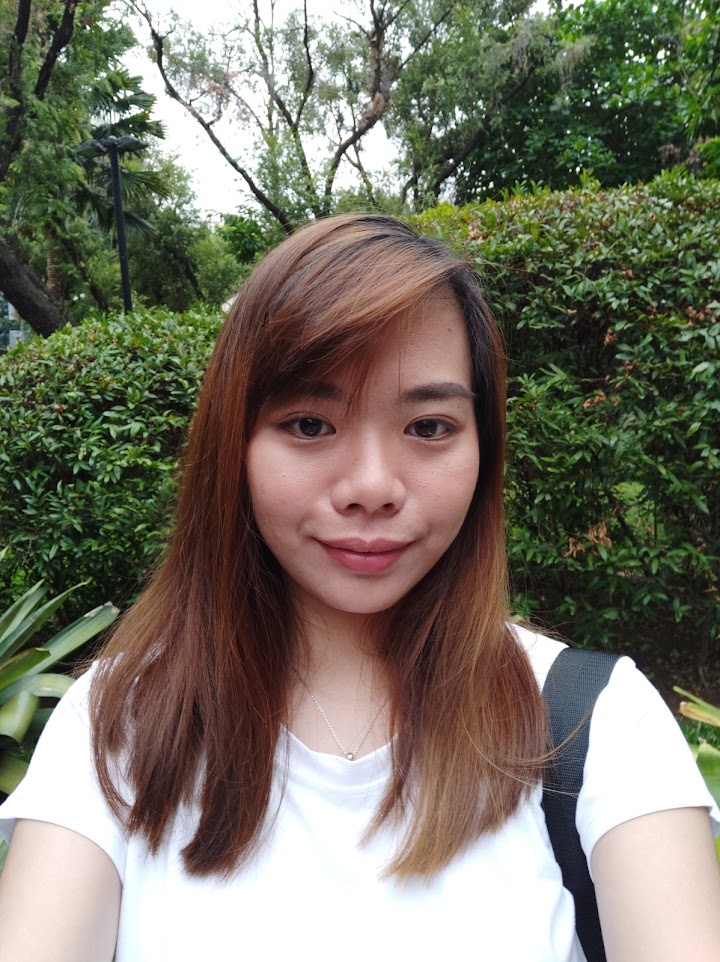 Moving on, let’s talk about the triple-rear cameras equipped on the Mi 9. The device provided us awesome daylight photos, with images capturing a lot of detail and looking sharp as well. When it comes to color, it offers excellent contrast, and it should be noted that greens and reds come out looking particularly vivid.

Low light photos, however, are an entirely different story. The images seem bright, but it’s noticeable that the colors lose their vibrancy and the quality isn’t up to par with the daylight shots. Even with the use of the dedicated Night mode, details on the images still look muddy. 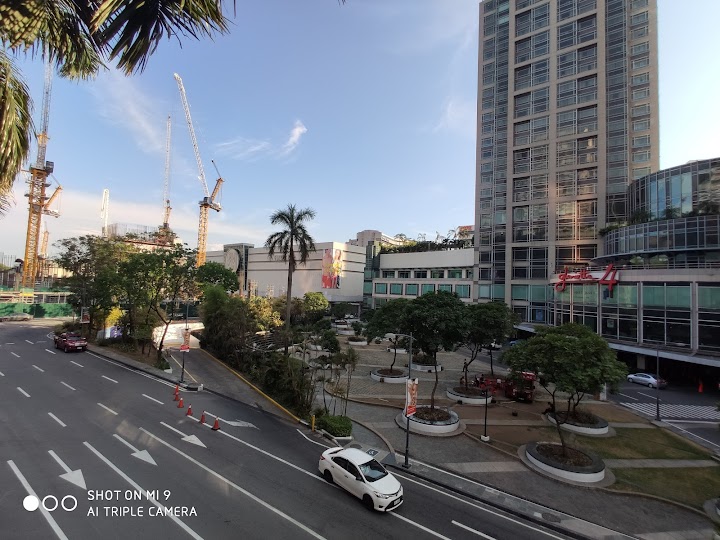 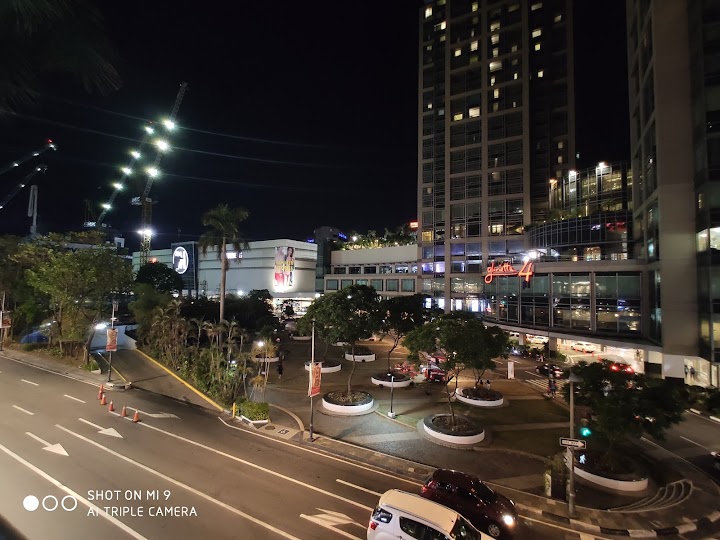 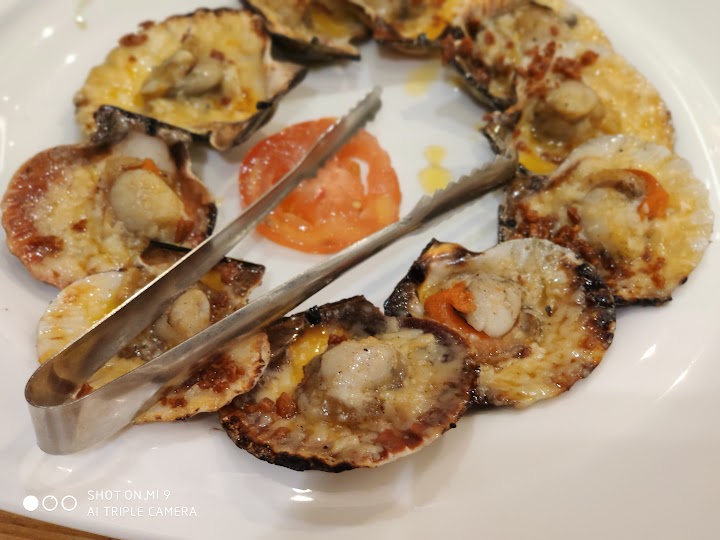 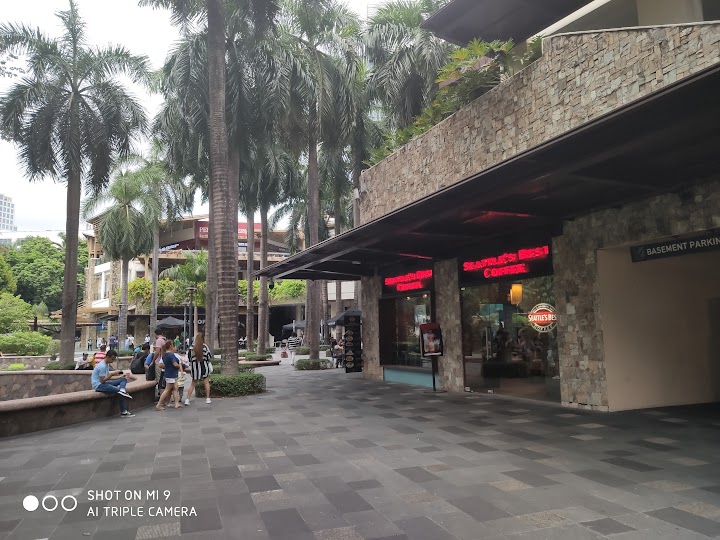 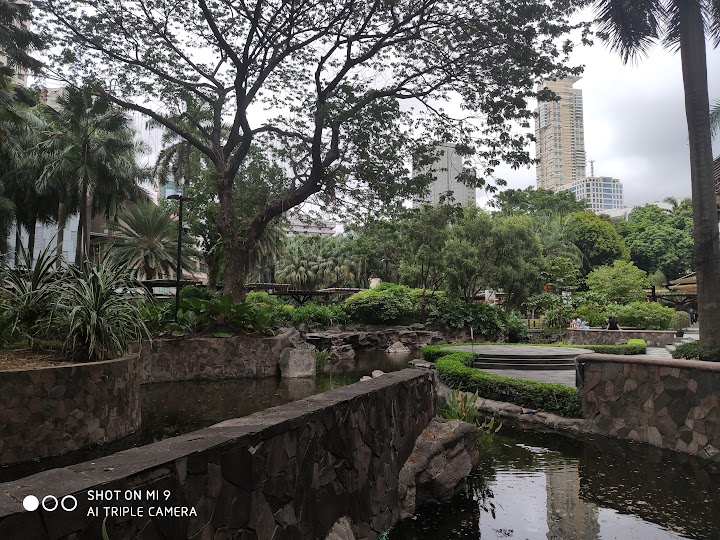 I’m a believer in ultra-wide angle cameras, and the Mi 9’s wide-angle function produces pleasing images. There’s a slight fisheye (warp) effect in the ultra-wide angle photos, but I don’t think that’s much of an issue considering that it can capture a vast range with its 117-degree field of view. There’s also the zoom feature, with Mi 9 having a 2x optical zoom. Of course, the image quality dipped the more that we zoomed in, but we’re still able to see a couple of details even with the distance. 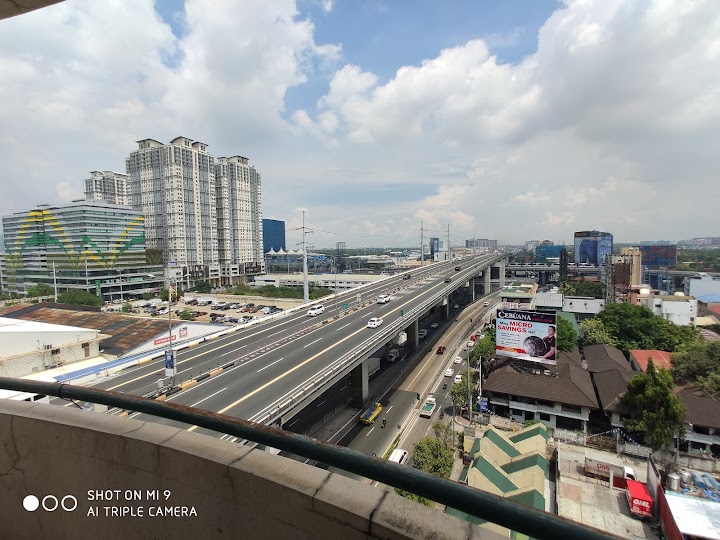 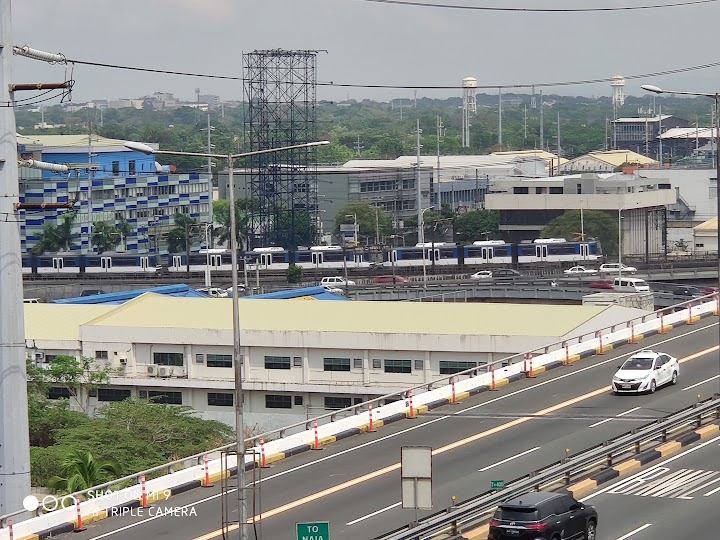 Video-wise, the Mi 9 can shoot up to 4K at 60fps. It also has options for slow motion and timelapse. The quality is impressive, and the Mi 9 provides video stabilization as well.

MIUI 10, based on Android 9 Pie, runs as the Mi 9’s operating system. The interface is simple, clean, and easy to navigate. By default, the apps are arranged in multiple home screens. There’s no option to change it into a drawer-style arrangement though you can group your apps for a neater look overall. When it comes to navigation, users can opt for the three-button navigation or a gesture-based one.

Pre-installed apps in the Mi 9 include Mi Drop, Mi Remote, Mi Community, and MIUI Forum, along with the Google suite. The device also has a couple of features such as Cleaner, App Lock, Second Space, Security Scan, and Deep Clean.

Storage-wise, the unit we have here has 128GB. About 100GB of that is usable. There’s no option for storage expansion as the Mi 9 doesn’t have a microSD slot, but that should be more than enough for the majority of users.

A Qualcomm Snapdragon 855 powers the Mi 9, coupled with an Adreno 640 GPU and 6GB of RAM. Despite having no larger RAM offering, the Mi 9 does an excellent job with what it has. After all, it possesses one of the latest mobile processors. Multitasking, switching through apps while having multiple ones open in the background, and running games on high settings aren’t a problem at all for the Mi 9. We played PUBG Mobile on it, and it ran smoothly without any issues. It also currently holds the number one spot over at AnTuTu.

Here are its benchmarks:

The Mi 9 supports a great array of connectivity features such as 4G LTE, WiFi ac, Bluetooth 5.0, and NFC among others. As mentioned earlier, the Mi 9 has a dual-SIM capability so switching between networks won’t be a problem. We tested out its GPS efficiency and the Mi 9 performs well even in places surrounded by buildings.

Keeping the Mi 9 running is a 3,300mAh battery. Our PC Mark battery test rates it at 12 hours and 44 minutes. We also did our standard battery loop test (1080p movie, 50% brightness, 50% volume, airplane mode), and the Mi 9 gave us a total of 18 hours and 20 minutes. If you’re a light user, then the Mi 9’s battery life should be enough for your daily activities. In moderate, actual usage, however, we noticed that the Mi 9’s battery floated around 40% by the end of the day; do bring a powerbank or your charger with you if you plan to do some heavy to moderate use with the device. The Mi 9 supports wired fast charging and it only took us 1 hour for it to reach 100%.

It’s already 2019, and with flagship phones being touted as high-end, powerful devices, we feel that wireless charging should be a standard feature. It’s a good thing that the Mi 9 didn’t miss out on that by being armed with 20W wireless charging.

Overall, the Xiaomi Mi 9 is a remarkable flagship device. Physically, it may not have any novelties in its design, but the Mi 9 still gives off that elegant and premium feel. With regards to its internals, its Snapdragon 855 processor renders the Mi 9 more than capable of giving a top-caliber performance at half the price of its more expensive flagship peers from other brands. It may have some caveats — poor audio speaker quality, no 3.5mm headphone jack, no IP rating — but the cameras, display, and storage are also enticing enough to consider this device.

The Xiaomi Mi 9 is available in two variants and are priced as follows: