After the announcement that the ZTE Blade A711 (internationally known as Blade X9) will be available in the Philippines, we managed to get our busy hands on a demo unit from Lazada.  It has attracted some serious attention from potential buyers due to its set of nice features like a fingerprint sensor and an all-metal body for a good asking price. Read on our first impressions on the device. 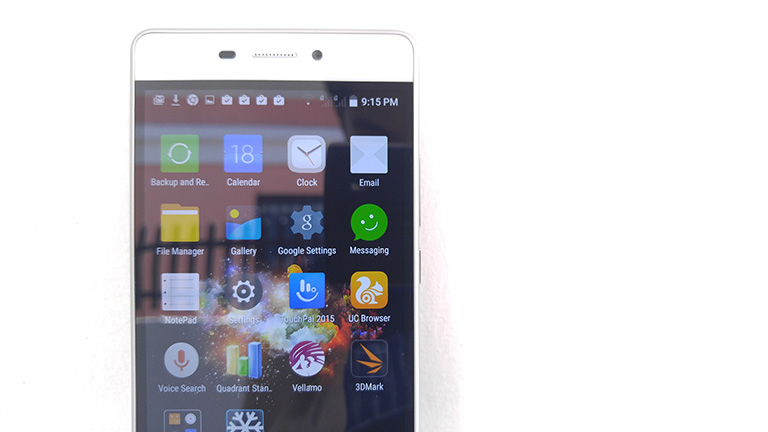 The Blade A711 sports a 5.5-inch IPS display with some noticeable bezels around the panel. As a usual setup for smartphones, we have the speaker for calls up top and they are flanked by sensors and the 5-megapixel front-facing camera for selfies and video chats. The device has rounded corners which is dictated by a thin plate-like frame surrounding the screen. 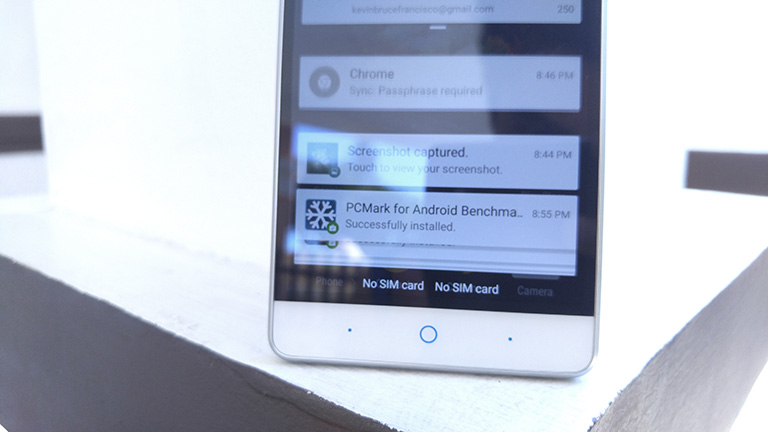 It employs three capacitive buttons namely Options, Home, and Back. The Home button has an LED light that helps when you’re using the phone in the dark. It also adds a nice aesthetic touch with its glowing blue hue. 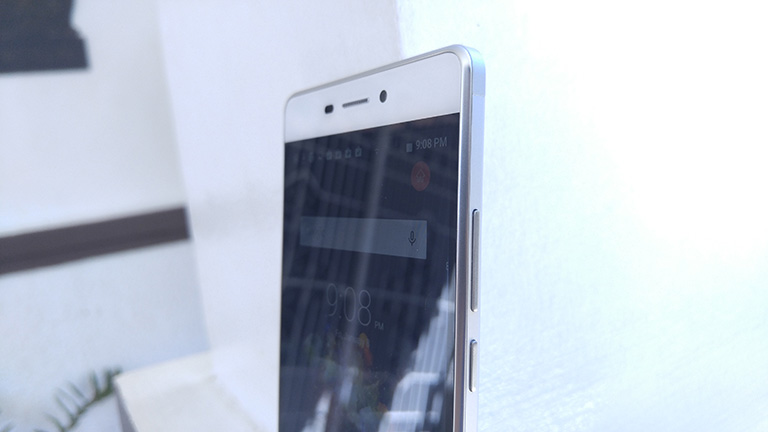 The upper right side of the handset is where all the physical buttons are grouped together. Here we have the volume rocker just above the power/lock screen button. Additionally, the Blade A711 has an average thickness of 8.6mm. 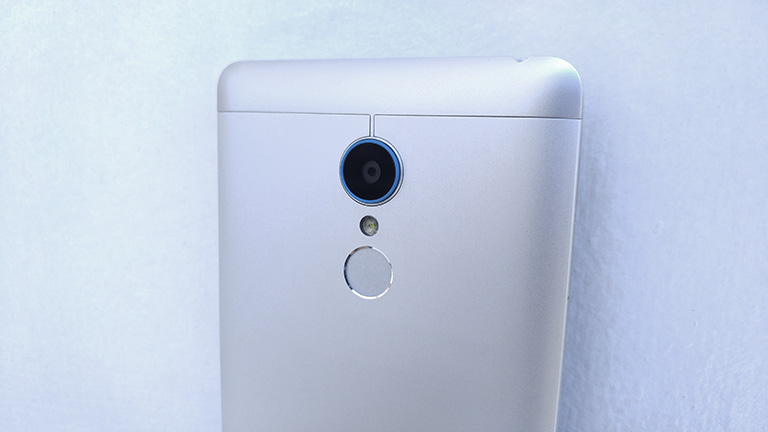 At the back we have the eye-catching 13-megapixel shooter outlined by another blue accent. It is accompanied by a single LED flash for capturing photos in low-lit areas. Also prevalent on the rear is the built-in fingerprint sensor which has a chrome trimming that hints a classy touch. 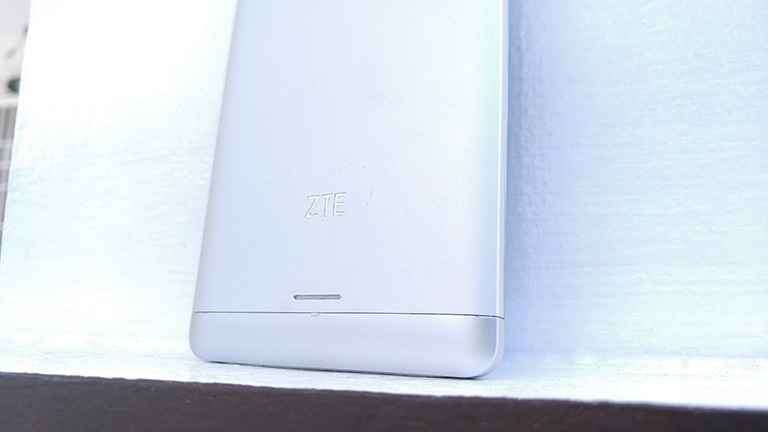 Down below, we see the lonesome speaker grill situated under the company’s branding. We commend the logo having been engraved instead of simply being printed. This results in a more premium look in general. 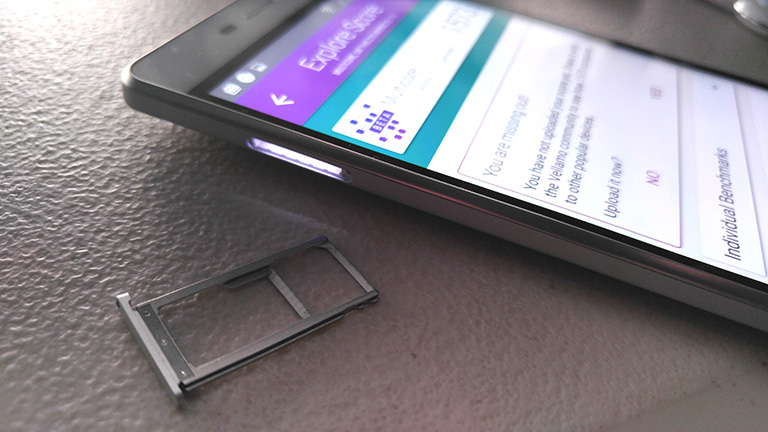 At the top left is where the dual SIM tray resides. Just like the other smartphones today, the SIM 2 slot also acts as the expansion for memory thru a microSD card. 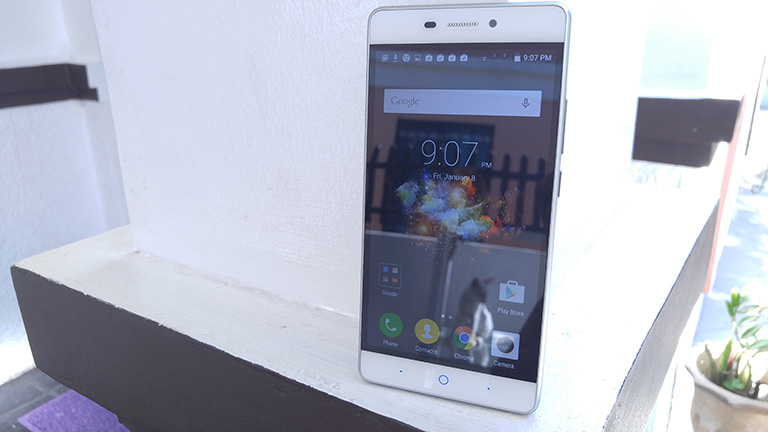 At 160 grams, the smartphone isn’t that lightweight, but handles just right when you use it. The smooth metal back feels good to the touch, but makes the device a bit slippery. Its overall form factor and ergonomics aren’t something new, so users who have previously handled a 5.5-inch phablet will feel familiar with the Blade A711. 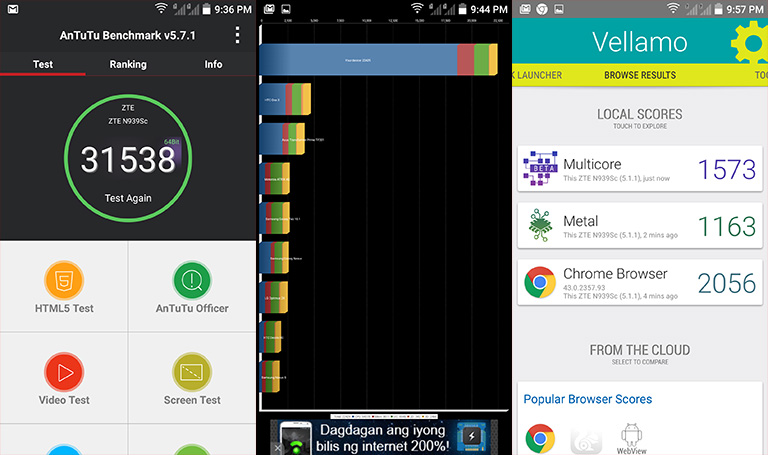 We’ve downloaded some of our usual benchmarking apps and let this device go at it. Below are the scores:

Regarding software bugs such as randomly shutting down, ZTE says that they have already fixed the issue before sending the stocks here in the Philippines. We’ll test its performance further in our review.

The ZTE Blade A711 is scheduled to be available exclusively to Lazada on Januray 14, 2016, at 12 noon for Php7,690. That’s it for now, and stay tuned as we prepare for the full review just before it becomes available online.