AFP’s getting on the cybercrime act with C4ISTAR

AFP’s getting on the cybercrime act with C4ISTAR

The Temporary Restraining Order on the RA10175 hasn’t even been lifted yet, but the Armed Forces of the Philippines (AFP) and Department of National Defense (DND) is already planning to establish a command center which would aid the agency in battling cyber threats.

The proposed military ops is called C4ISTAR which stands for Command, Control, Communications, Computers, Intelligence, Surveillance, Target Acquisition and Reconnaissance (quite a mouthful isn’t it?). This project is aimed at improving the military’s capabilities to monitor, locate and combat (pun intended) cyber-attacks in order to “protect highly-secured data” according to Col. Wilson Galedo.

What the people behind this proposition are trying to pull off isn’t exactly a walk in the park, especially if the agency doesn’t have the proper tools for the job. That’s why military spokesperson Colonel Arnulfo Burgos Jr. pointed out that C4ISTAR will require a major overhaul in the organization’s current equipment to bring them at least at par with the bad guys they’re tracking down. This comprehensive upgrade, Col. Burgos added, will be in accordance to the on-going AFP modernization program. 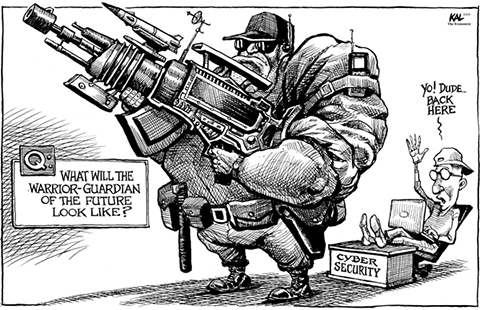 AFP and DND has a pretty daunting task ahead of them in establishing and maintaining C4ISTAR. Not that we’re underestimating their capabilities or anything, but merely setting this project up will require tremendous amount of effort from both agencies let alone keeping it in tip-top shape.

Of course, there’s also the issue of the C4ISTAR’s scope and how the AFP and DND plan to use it in the future. Unfortunately, these topics were not mentioned during the discussion, but we’re assuming that C4ISTAR will serve as a tool for carrying out some of the provisions of the RA10175. So what do you guys think? Will C4ISTAR be a good thing or a bad thing?