AMD has just launched a new graphics card, the Radeon RX 6600. The card is aimed at 1080P gaming and is a lower powered version of the previously released AMD Radeon RX 6600 XT.

The new RX6600 uses the same Navi 23 chip its predecessor has but has four fewer compute units at 28. It also has slower clockspeeds, and reduced power consumption at just 132 watts.

It features AMD technologies such as Smart Access Memory, AMD FidelityFX Super Resolution, and many more. The RX 6600 will also ship with ray-tracing support at launch. 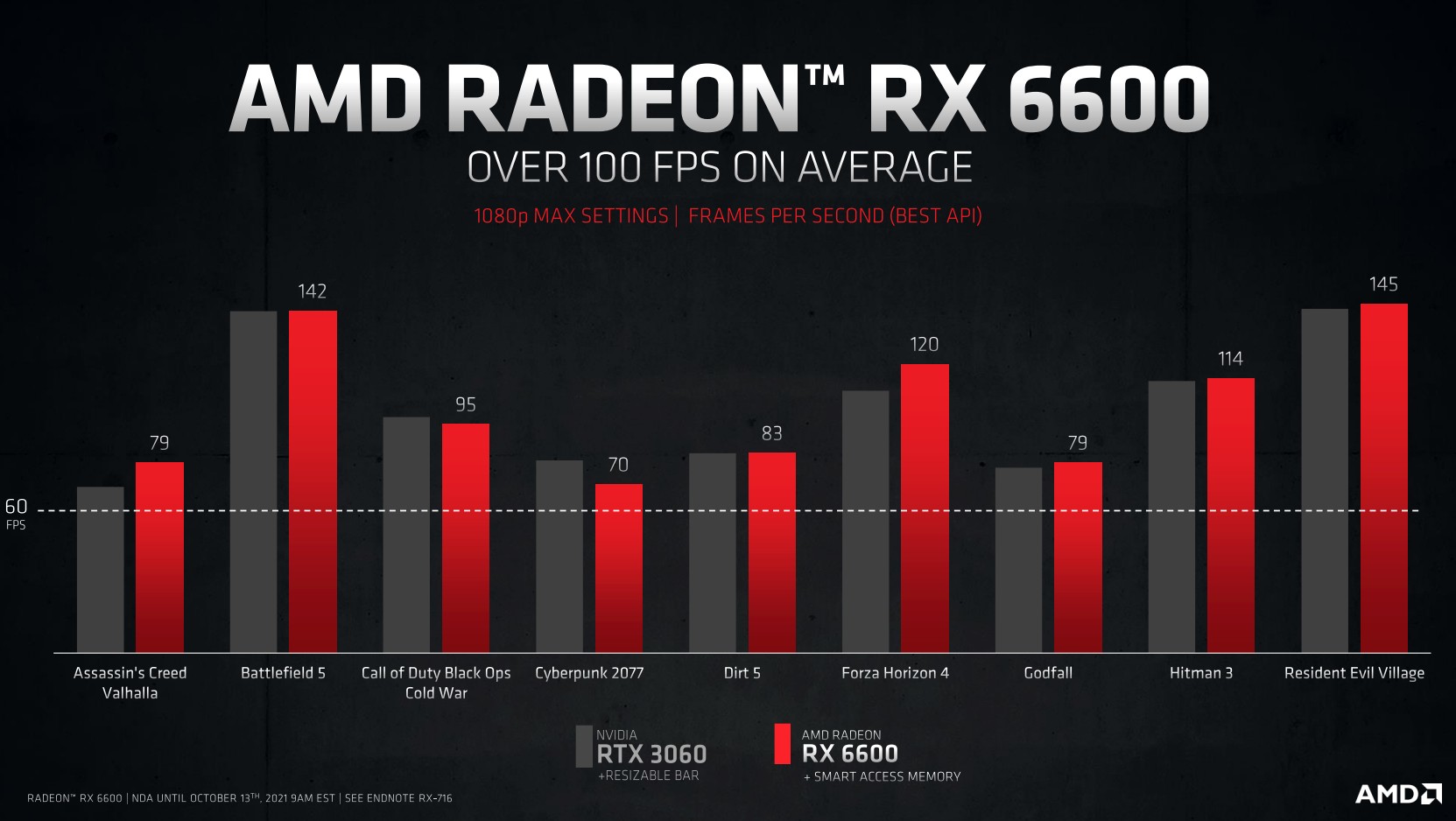 AMD claims that the RX 6600 is 23% faster than it’s competitors last generation RTX 2060 graphics card and is on par with the RTX 3060. Players can expect average FPS of over 60 with AAA titles at 1080P. To read more about it, click here.

The AMD Radeon RX6600 is available starting today from AMD board partners like ASRock, ASUS, Gigabyte, MSI, PowerColor, SAPPHIRE, XFX and Yeston with an SRP of $329. It is also expected to be available in high-performance pre-built systems from OEMs and system integrators beginning in October 2021.