Bethesda, the video game developer behind the popular Fallout and Elder Scrolls franchises, announced in a blog post yesterday that The Elder Scrolls V: Skyrim Special Edition will be getting a paid ‘Survival Mode’ through Skyrim Creation Club, the game’s mod initiative. 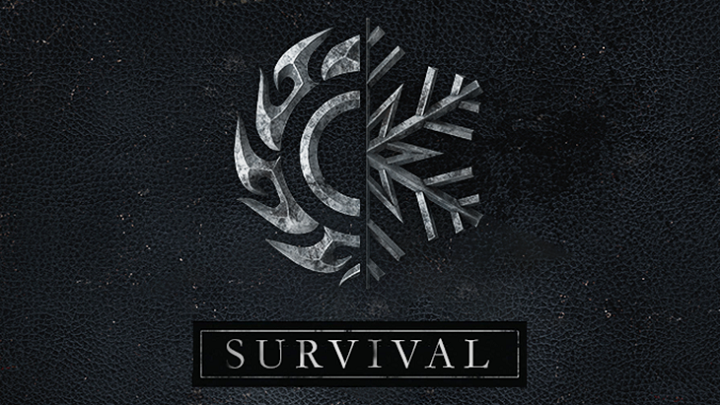 The new mode essentially aims to make gameplay more realistic by implementing new mechanics such as hunger, cold, and fatigue. You will now have to cook and eat to stay alive, but eating raw meat can now give your character food poisoning through the updated disease mechanic. Traversing the map is now much more difficult as well, as you will not be able to carry as many items anymore, carrying too much can now drain your stamina and increase your fatigue, and most fatally, fast travel will now be disabled. 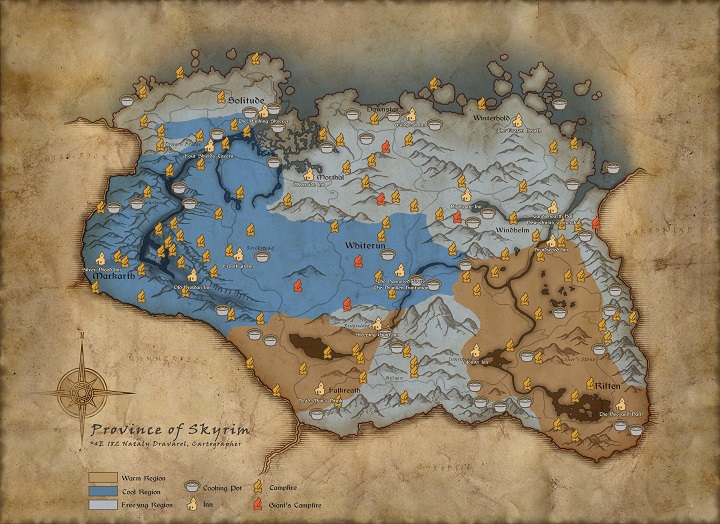 With the new cold mechanic, the map of Skyrim has now been divided into treacherous climate zones, and traveling through snow and rain will increase your cold, thus decreasing your health capacity. Oh, and did we mention that health doesn’t regenerate on its own anymore? If you’re into being a Werewolf or Vampire Lord however, you do become colder at a slower rate while transformed. 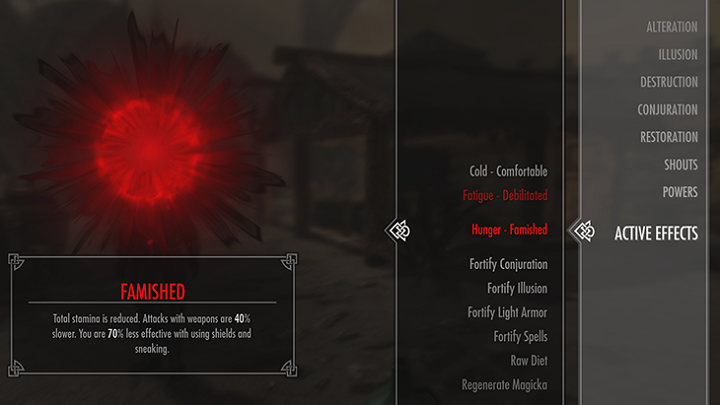 The Survival Mode update is currently available through the Steam Beta, so opt-in now if you have the game and want to try it. No firm release date was mentioned by Bethesda, but they did say that PlayStation 4 and Xbox One users will get to experience the mode early next month. They also said that PC and console players will get to try out Survival Mode free for one week once it launches.

For the complete details of the update, refer to Bethesda’s blog post.