The Department of Information and Communications Technology (DICT) and the National Telecommunications Commission (NTC) have released the new timeline for the selection of the New Major Player (NMP) in the Philippines. The new timeline was unveiled at the Information Campaign on the Implementation of the NTC Memorandum Circular (MC) No. 09-09-2018 on Tuesday, 2 October. NTC Commissioner Gamaliel Cordoba presented the final timeline with November 7 as the final date for the interested participants to submit accomplished bidding documents. 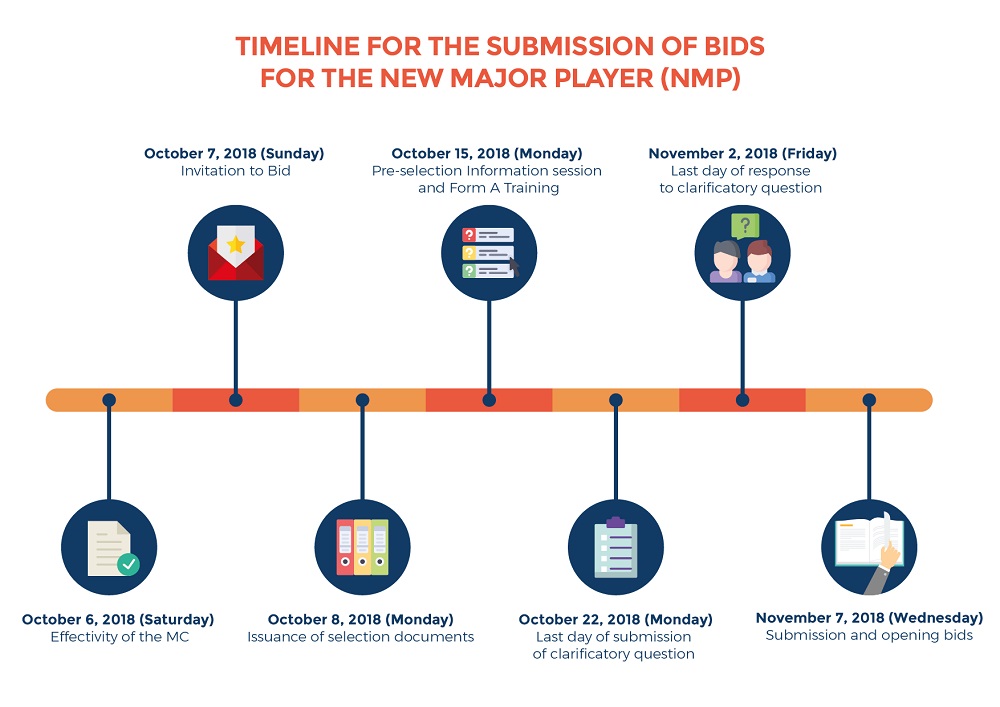 According to the new schedule, the NTC will also give an ample time for the potential bidders to raise clarification on the bidding documents.

After the official invitation to bid to be published on the 7th, participants can purchase the 1-million pesos worth of bidding documents at the NTC Central Office.

Acting Secretary Eliseo M. Rio Jr. said that this timeline is the outcome from the desire of President Rodrigo Duterte to name the third telco this year.