Drones have been used for a lot things; UNTV uses it for broadcasting, the DND uses it for their operations, and Amazon plans to use it to deliver packages to their patrons. Sadly though, it can also be used by crooks to smuggle contraband to prisoners which, luckily, didn’t materialize. Since the discovery of the wreckage of the UAV last April, the authorities have already identified one suspect and are still on the lookout for its accomplice. The arrested suspect is a 28-year old man named Brenton Lee Doyle who faces charges of “attempting to introduce contraband into a prison” and illegal possession of Roofies.

Doyle denies the accusations stating that he knew nothing about the drone incident and hasn’t even seen a drone in his life. 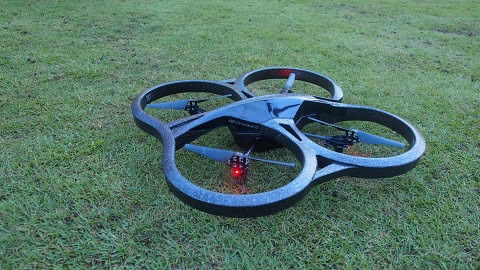 We all know that these incidents don’t happen a lot and the majority of drone enthusiasts will not try to pull off such illegal act with their UAVs. But it’s instances like these that forces government bodies such as CAAP to issue memorandum that would regulate the use of drones.

Honestly speaking, I’m still not 100% on board with CAAP’s new memo, but I really can’t blame them for being cautious about it because at the wrong or inexperienced hands, drones or whatever you want to call it can potentially be used for bad stuff.