Looks like it’s Huawei’s turn to be a victim of leaks as their yet to be announced Mate 20 Lite surfaces online. The first press renders of the device are now circulating on the web. 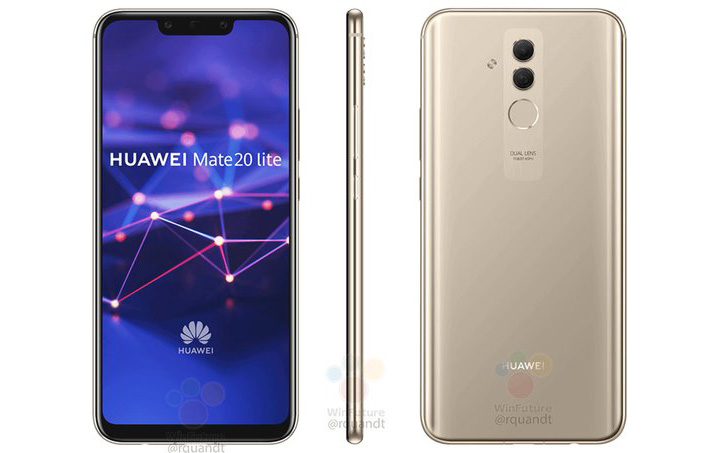 Nothing else was leaked aside from the photo you see above. Base on what’s revealed, the Mate 20 Lite seems to be sporting a quad camera setup — two on the front and two on the back. The notch also makes a comeback here as well as a fingerprint scanner just below the dual rear shooters.

The Mate 20 Lite will be the lowest specc’d phone of the new Mate 20 bunch and is rumored to be sporting the Kirin 710 chipset. Guess, we’ll just have to wait until the new Mates get launched to know more.