A promotional image of the upcoming Huawei Mate 30 Pro has leaked online. 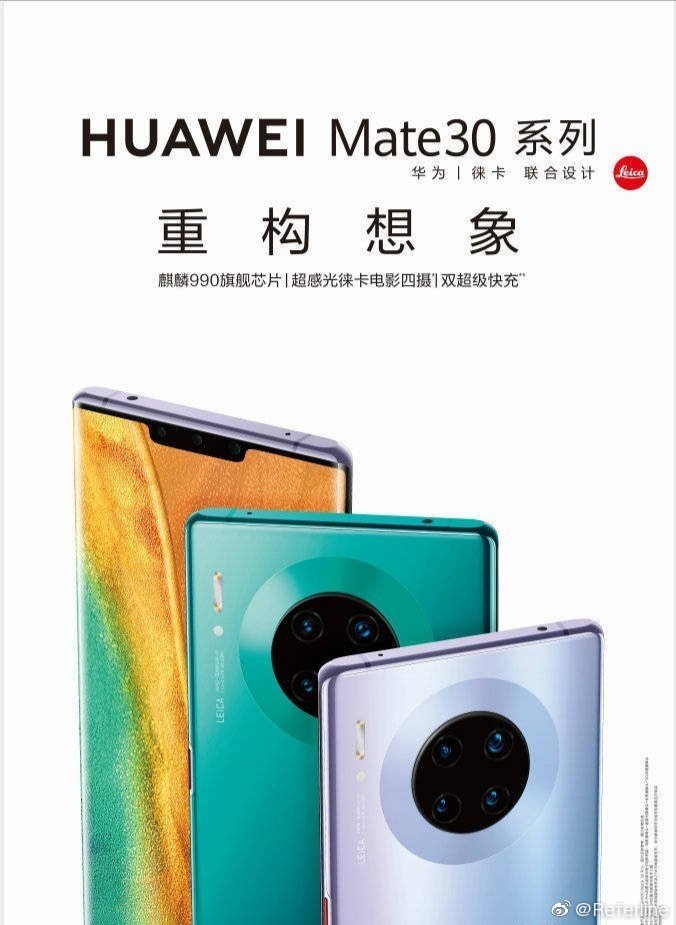 In the poster, it’s shown that the Mate 30 will have quadruple-cameras, arranged in a circular setup on the rear. From previous leaks, it’s been reported that two of the Mate 30 Pro’s quad cameras will be 40MP snappers with large sensors. Looking at the poster, the display also seems to be curved on the sides, while a bar notch will reside above. The smartphone also seems to be equipped with a side-mounted fingerprint scanner, and what seems to be an IR blaster at the top.

The poster also details that the Mate 30 Pro will be powered by Kirin 990, a chipset that Huawei has confirmed to unveil at the upcoming IFA 2019. Huawei is expected to launch the Mate 30 Series in September.