Microsoft is now testing Android apps on Windows 11. As previously promised by the company, the feature is now rolling out to beta testers of Windows 11 today. 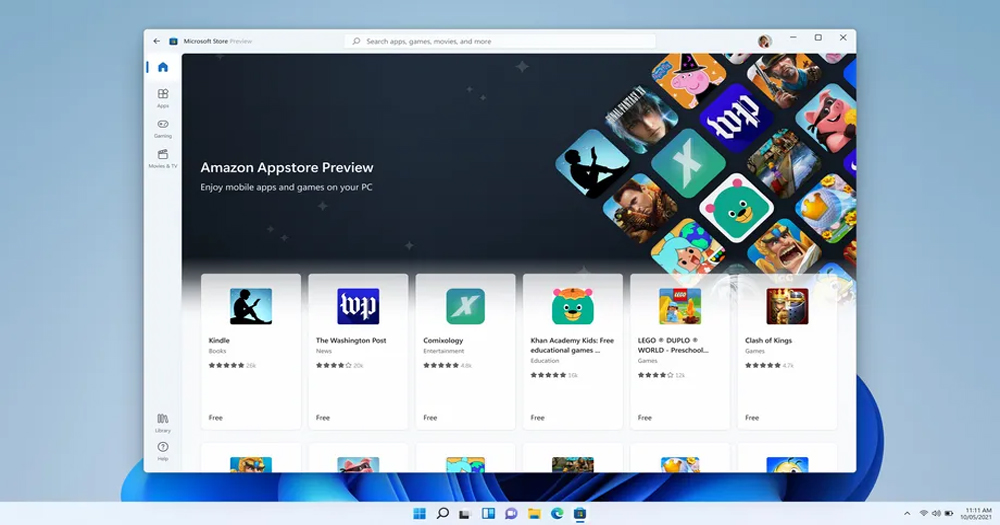 A preview version of Windows Subsystem for Android is now available for beta testers and will provide access to apps from the Amazon Appstore. Only beta testers with Intel, AMD, and Qualcomm processors will be allowed to try Android apps on Windows 11. The apps can be found on the Microsoft Store which will then lead users to the Amazon Appstore to load and install. Android apps will run in a window like any other app and can be used simultaneously with other Windows programs. Apps are also pinnable to the start-menu or taskbar.

There are currently 50 apps for Windows Insiders to test on Windows 11 today. This was done in partnership with Amazon and will include games such as Lords Mobile, June’s Journey, and Coin Master. Reading apps like Kindle are also now available to test in the Windows Subsystem for Android program. Users who want to try this feature need to set their Windows 11 PC to the US region, and in the Beta Channel. It also requires a US-based Amazon account to access the Amazon Appstore. For more information, click here.