The National Privacy Commission of the Philippines has launched an investigation against Facebook regarding the Cambridge Analytica incident as it may have posed risks to Filipino Facebook users.

In a letter dated April 11, 2018, and addressed to Facebook’s CEO, Mark Zuckerberg, the country’s data privacy authority has directed Zuckerberg to furnish this Commission with information relevant to the processing of Facebook data of affected Filipinos, and how personal data is generally shared with third parties using the social media platform.

Facebook’s data scandal started when it admitted that data of at least 87 million Facebook users were improperly shared with political analysis firm Cambridge Analytica who has close ties to President Trump’s election campaign. According to the Time.com, the firm is accused of buying millions of Americans’ data from a researcher who told Facebook he was collecting it strictly for academic purposes.

While most of the affected users are from the US, users’ data from other countries may have been improperly shared with Cambridge Analytica as well, which includes 1.18 million Filipino users. “The Philippines has exceeded user growth projections and now has more than 67 million active Facebook users. It is our duty to protect the data privacy interests of these users, and to provide those affected with avenues for redress,” the NPC said in the letter.

Below is the copy of the letter: 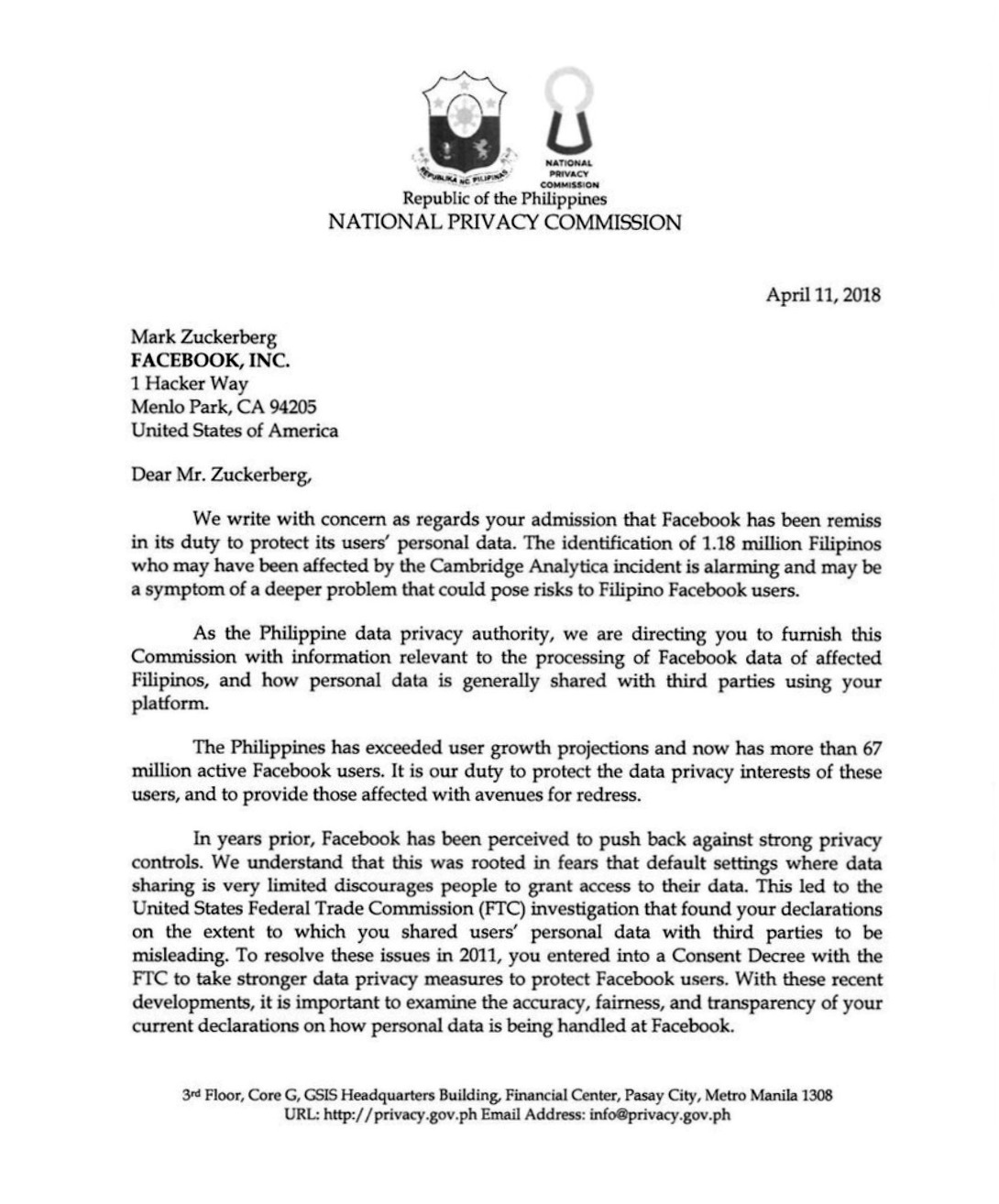