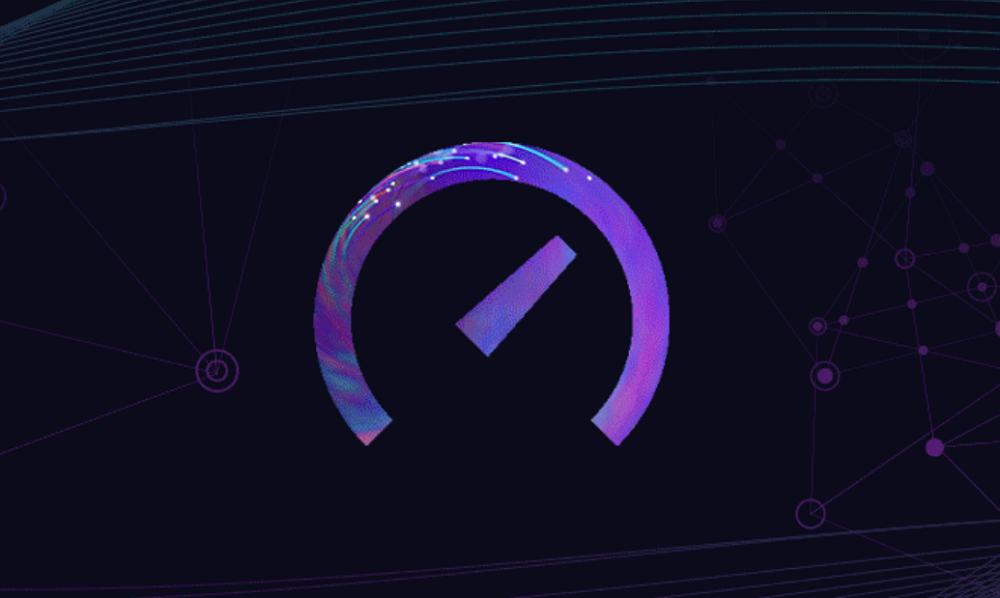 According to Ookla, rankings on the Speedtest Global Index are now based on median download speed to best reflect the speeds a user is likely to achieve in a market. Moreover, the mean performance can only be viewed until February 15, 2022. After February 15, 2022, only median data will be available. 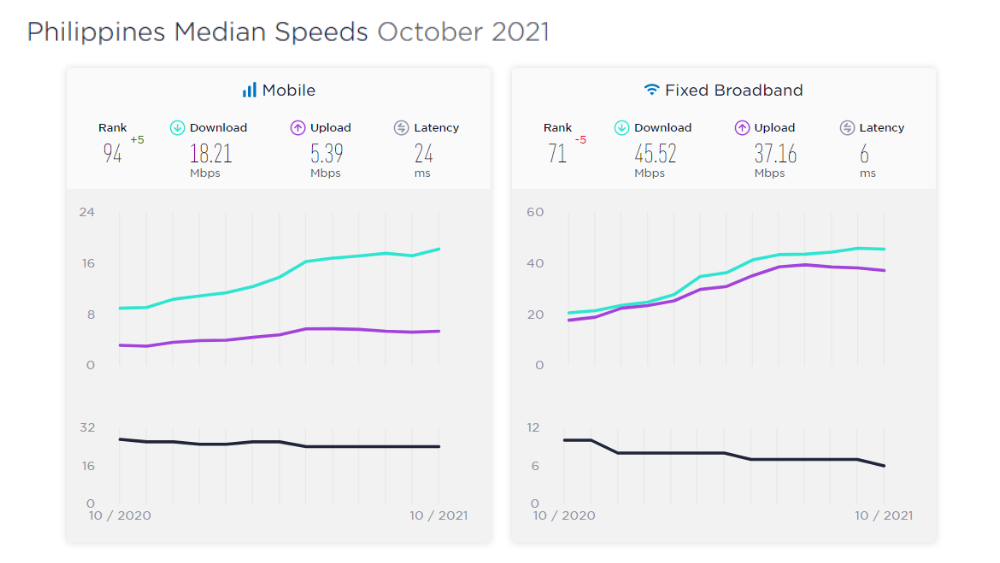 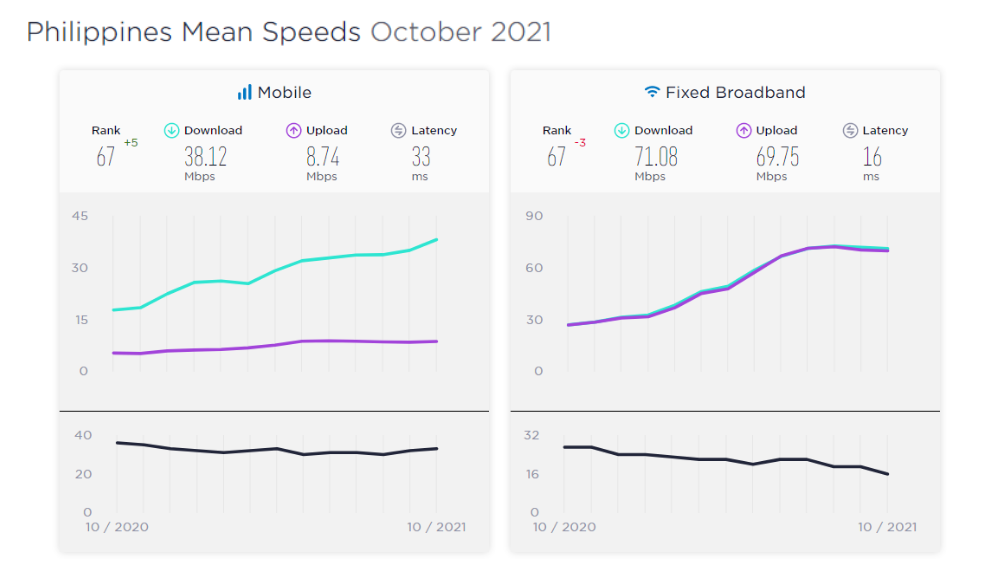 Ookla also explained that the median is a measure that captures the typical user’s experience. In statistical terms, the median is less likely to be influenced by outliers than the mean is. The chart below shows how median and mean return very different values when considering a simple number set of ten values. 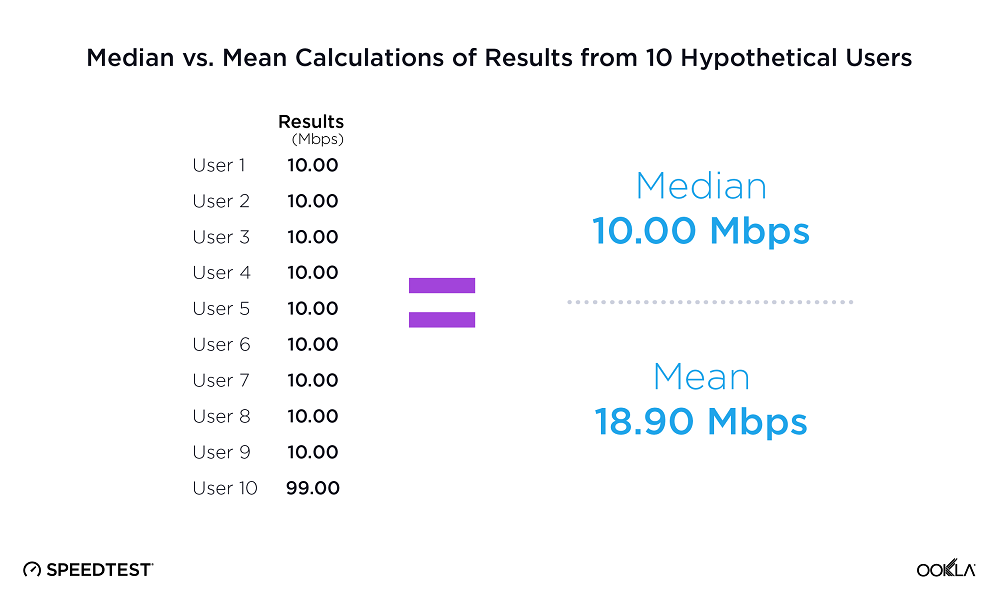 The change of the Speedtest Global Index from mean to median shakes up the global rankings quite a bit. Check out the graphic of the top 10 list below. 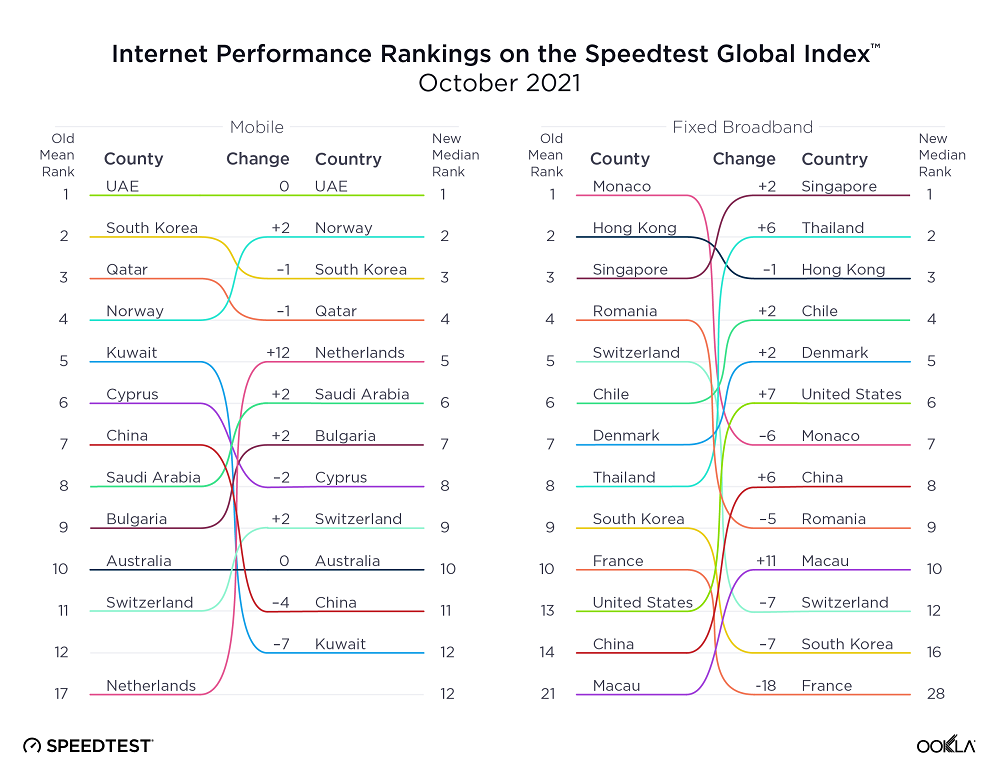 You may check out the full report for the Philippines here.