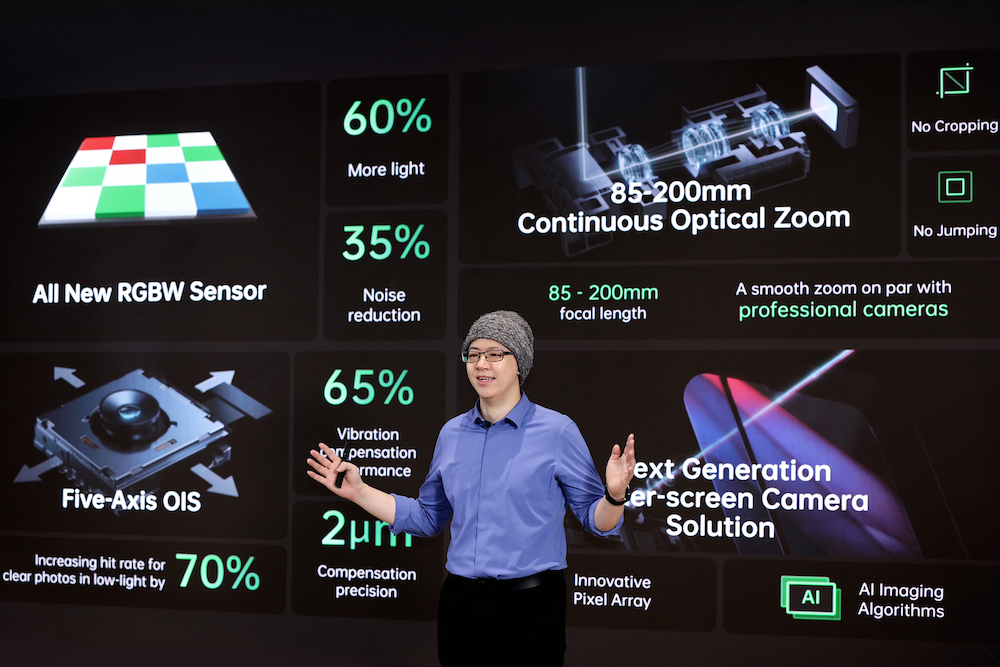 OPPO says that its new RGBW sensor is made using advanced manufacturing and processing technology that increases the level of computing power needed to execute complex algorithms and maximize the amount of data extracted via the sensor’s white pixels.

In addition, the new sensor allows for 60% more light to be captured compared to the previous sensor, while delivering 35% noise reduction in low-light conditions. It also offers better portrait shots in photo and video with enhancements to skin, texture, and contrast.

The new sensor will be commercially released in OPPO products from Q4 2021.

It also uses a tunnel magnetoresistance sensor (TMR sensor) to allow the lenses in the camera module to move with more stability and precision, and a newly upgraded guiding shaft motor to increase dynamic tilt at which the lens system can be moved, easily supporting Continuous Optical Zoom at higher magnifications.

OPPO is also implementing a fix-axis OIS that allows the processor to receive movement data for the gyroscope, then analyzes it through algorithms. The data is then passed to the two moveable components: the lens and the image sensor, which are driven by ball-bearing motors and shape memory alloys, respectively.

For relatively small movements, images are stabilized mainly through lens-shift OIS – covering horizontal (X) and vertical (Y) shifting. While for relatively large movements, sensor-shift OIS will also be utilized, including horizontal shifting (x), vertical shifting (y), and rolling – together with algorithm compensation, to achieve stabilization in five-axis of space.

This allows a maximum stabilization angle of ±3°, three times more than traditional OIS technology on mobile devices, while the sensor can also shift with a precision of 2?m. For night-time or motion shots, OPPO’s proprietary algorithm technology can help significantly improve stability, clarity, and color performance; increasing the vibration compensation performance by up to 65%.

In other words, you can expect clearer images while in zoom or when shooting in Night mode.

The OPPO Five-axis OIS will be commercially released in OPPO products from Q1 2022.

OPPO has already introduced its under-screen camera (USC) tech in 2019. The company is improving on it with the next-gen USC with transparent wiring, a new design, and a new algorithm for better performance. 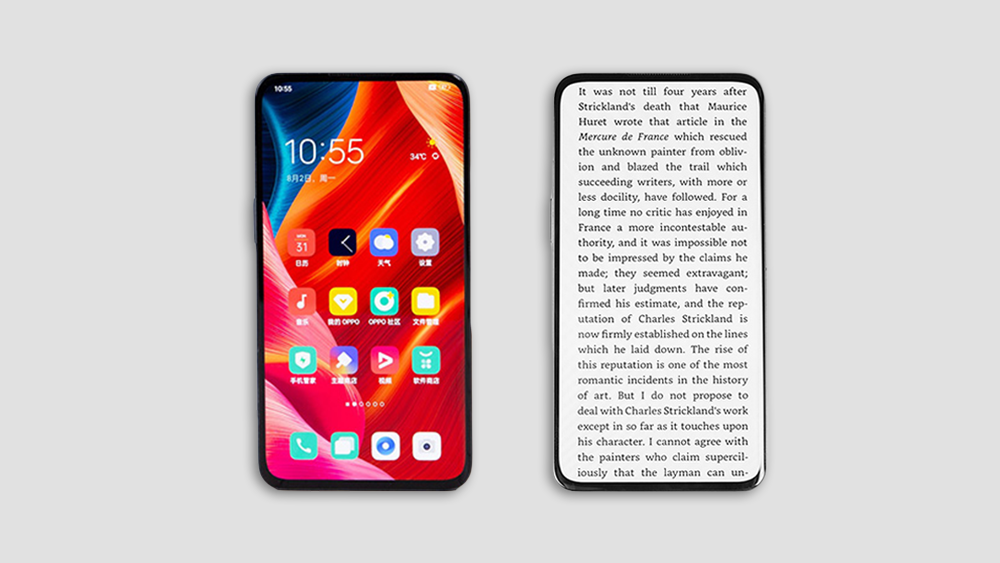 OPPO says that each pixel circuit drives only 1 pixel (“1-to-1”) in the screen and uses precise algorithmic compensation technology to make sure that chromaticity and brightness of the entire screen are more precisely controlled, with a deviation of only about 2% and an improved screen lifespan of up to 50%. 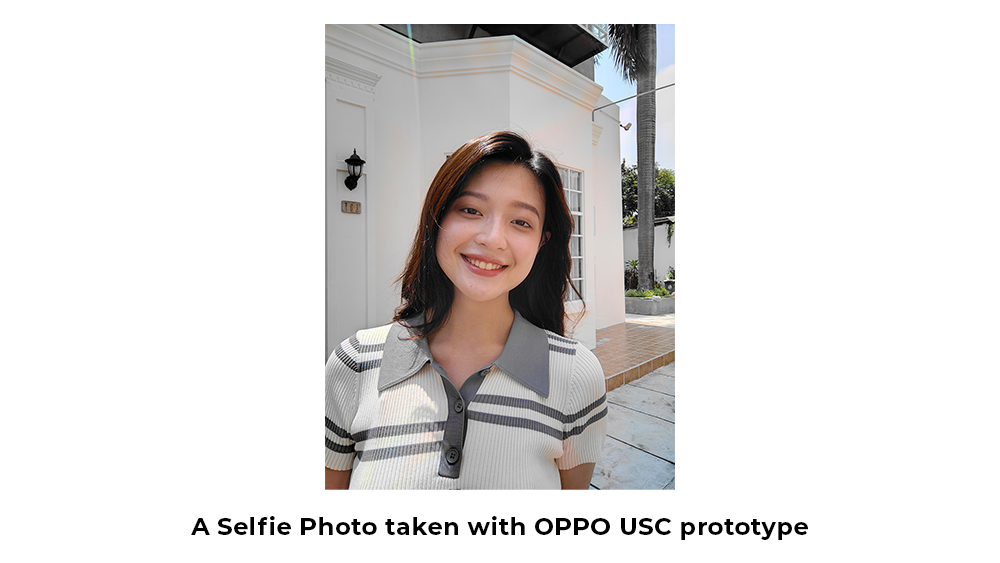 For the algorithm, OPPO’s U.S. Research Institute has developed a series of imaging AI algorithms, including diffraction reduction, anti-condensation, HDR, and AWB – to better optimize the imaging quality of the under-screen camera. OPPO’s AI diffraction reduction model has been trained to control problems caused by diffraction at the light source for clearer, more natural-looking images.

No word yet when OPPO will release a smartphone with the next-gen USC.