Samsung is launching yet another entry-level device, the Galaxy A21. Last month, Android Headlines posted a render showcasing the Galaxy A21’s front and rear design. From the render, we can see that the Galaxy A21 will sport a quad rear camera setup arranged in a vertical module, with a fingerprint reader in its usual location. The front is flat, as expected, with a budget-oriented device, with a Samsung’s Infinity-O camera module on the upper left. The button layout is revealed in the render, with both the volume rocker and power button sitting on the right. 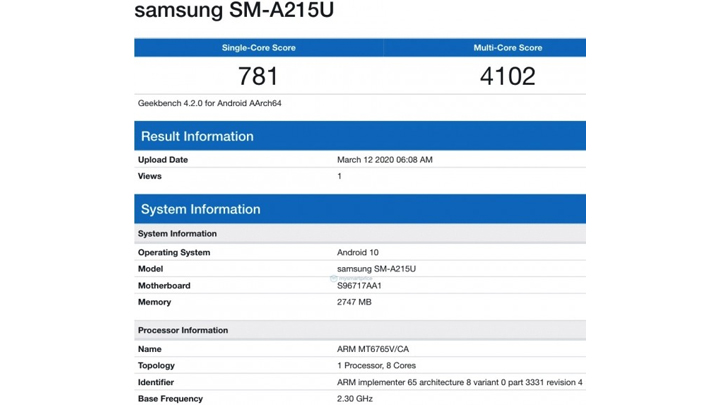 A Geekbench listing also shows that the Galaxy A21 sports a MediaTek Helio P35 chipset, paired with 3GB of RAM. It runs on Samsung’s One UI 2 based on Android 10 and powered by a 4,000mAh battery.