Samsung has announced that the Galaxy Buds wireless earphones unveiled alongside the Galaxy S10 series, can now be purchased in the Philippines. 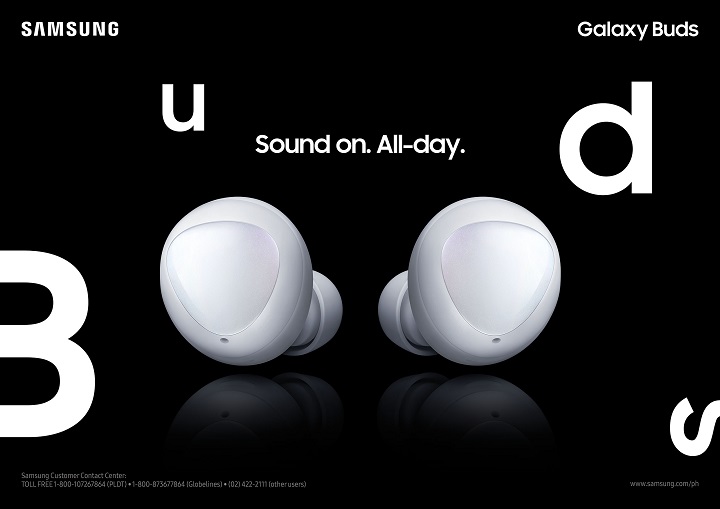 The Samsung Galaxy Buds are tuned by AKG and connect to supported Android devices via Bluetooth 5.0, has an adaptive dual microphone technology for clear voice calls, Ambient Sound Mode, Touch Control, and a 58mAh battery that can last up to 6 hours of playback. Also, it comes with a cradle with a 252mAh battery that also supports wireless charging that works with the S10 series’ Wireless PowerShare.

The Samsung Galaxy Buds have an SRP of PHP 6,990 and available in black and white colors.