Samsung is set to launch the Galaxy S4 in the Philippines on April 26, 2013. Last night, we got it on good authority that the suggested retail price of the handset has already been set.

According to a source close (who is a recent product ambassador) to Samsung PH, the suggested retail price of the Galaxy S4 will be Php30,990 for the 16GB, LTE model. 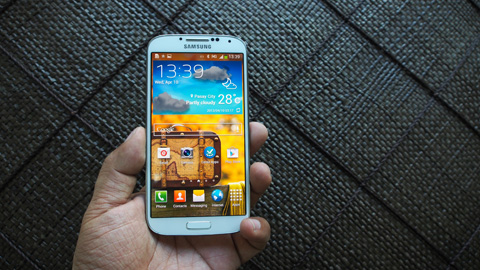 Both Smart and Globe will have their separate launch of the handset after April 26. We are not yet sire which of the two variants, the GT-i9500 or GT-i9505, will be available.

We will publish our full review of the Samsung Galaxy S4 on Monday.