Leaders from the House and the Senate have signed the two enrolled bills on the SIM Registration Act and the Barangay and SK Elections Postponement Act on Tuesday, October 4 at the Manila Golf Club, Makati City. 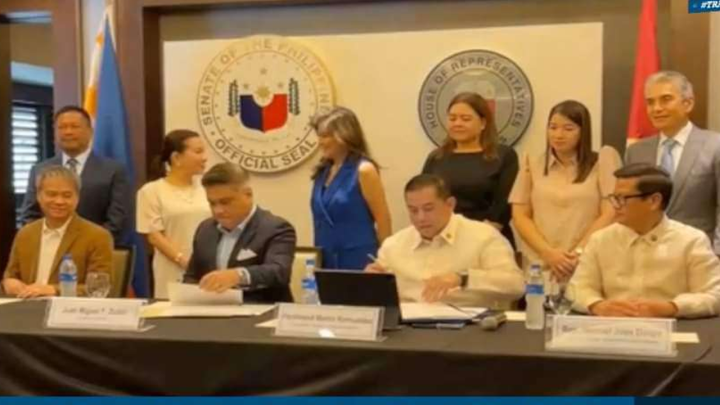 House Speaker Martin Romualdez and Senate President Juan Miguel Zubiri have led the ceremonial signing of the said twin bills, specifically the SBN1310/HBN14 known as the SIM Registration Act; and the SBN1306/HBN4673 or the Barangay and SK Elections Postponement Act.

The enrolled bills will be turned over to the Presidential Legislative Liaison Office (PLLO) head Mark Llandro Mendoza who will then submit the measures to President Ferdinand Marcos Jr. for his signature to finally enact the bills into law.